The Miseducation of Today's Youth: Let's Talk About Queerness

Editor's Note: In September, Qmmunity and Austin Bat Cave, a creative community offering free writing programs for students, united to spotlight the work, thoughts, and lived realities of Austin’s queer youth. For the last couple of months, ABC led an op-ed writing workshop with the kids and teens at Out Youth.

Now, we’re pleased to see the finished product from Elliot Pearson, 14. Read on for Pearson’s thoughts on the importance of talking about queerness with kids. 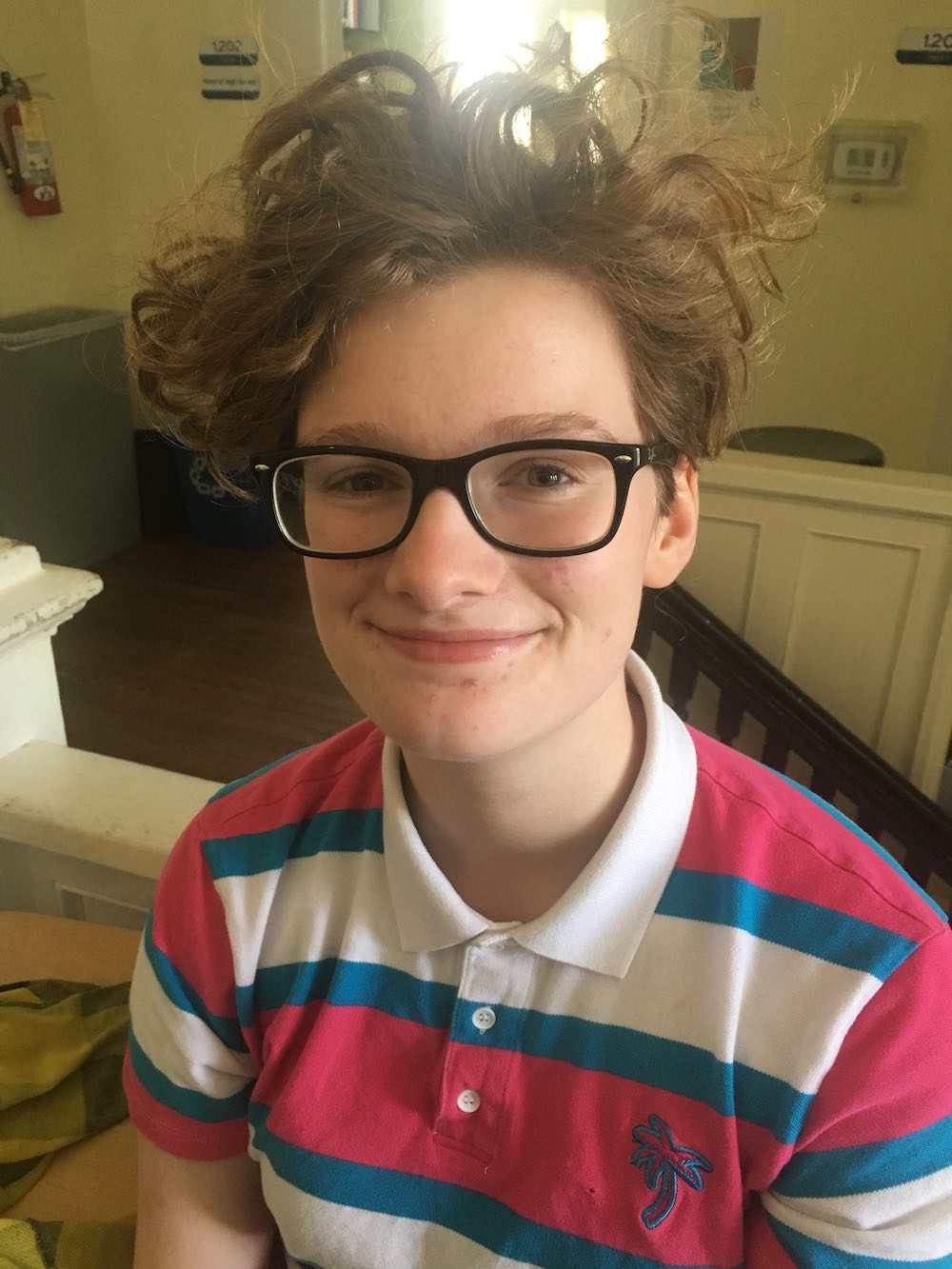 “Slide it down your throat, gay bitch!” the elementary school student yelled at me from the playground.

I’m queer and trans, so this was not the first time I’d heard something like this. It was Halloween of 2017, I was 13, and I was walking with my team to volleyball practice past the elementary school. I was wearing rainbow suspenders as a part of my Gay Fieri costume. What the student shouted had startled me. My friend flipped him off and I shouted back something along the lines of “that’s rude!” and kept walking. I didn’t let on how much it affected me. Being upset because a fifth grader yelled at me? I felt embarrassed that a little kid’s words had so much power over me. Where the hell did he get the phrase “Slide it down your throat”? He’s 10! Who told him it was OK to call strangers “gay bitches”? Unfortunately, this isn’t very uncommon. According to StopBullying.gov, in 2017, 33% of lesbian, gay, and bisexual students said they’d been bullied at school.

The Department of Justice’s latest effort to strip transgender workers of their civil rights will increase the already vast amount of hate crimes and verbal abuse – like what I experienced from a 10-year-old child – targeted at LGBTQIA people. (According to the National Coalition of Anti-Violence Programs’ “Crisis of Hate” report, 2017 saw the highest number of individual hate crimes perpetrated against LGBTQIA people in the U.S. in recent history.) Often in middle school, other kids called me a “faggot” or a “tranny.” It was evident that they did it either to push my buttons or because they didn’t know any better. Children need to be taught in meaningful ways about queerness and appropriate words instead of learning about queer identities through inadvertent exposure to derogatory language. Intentional education helps prevent hate speech and, ultimately, things like the DOJ’s current actions from having an adverse effect on our safety and well-being.

He now says he doesn’t remember it, but when my brother was in kindergarten he said the word “faggot.” One of his classmates taught it to him. I didn’t have any idea what it meant, but I started repeating it. I would point to the TV every so often while watching Full House and call different characters the f-word and laugh at the sound of it. One day my mom heard me and sternly told me not to say it, but I didn’t know why.

Harmful language and damaging ideas are imprinted on children every day through the media, the online world, and the adults in their lives. Crossdressing as a sitcom punchline normalizes the ridicule of transgender people. Homophobic jokes on the internet and false descriptions of queerness in movies and TV are harmful to real people. Even though my family is, for the most part, politically aware, my brother and I still lacked an understanding of queer identity. I thought “gay” and “lesbian” were bad words that shouldn’t be said by anyone except grown-ups.

Have conversations with your kids. Explain what queerness is, which words are hurtful – and what words are respectful – to normalize being LGBTQIA. That will make the world a safer place for queer people everywhere.

If you or someone you know is struggling to have these conversations, Out Youth (909 E 49th 1/2 St.) is a safe space for youth of all sexual orientations and gender identities, where youth can be themselves and find support and reprieve from harassment. Out Youth also offers counseling and support for families. Learn more at outyouth.org.

Austin Bat Cave is a creative community. Their free writing programs empower students to find their voices and tell their stories. ABC connects Austin's diverse population of young writers and learners with a vibrant community of adult volunteers and their focus in 2019 is op-ed writing and youth civic engagement. To get involved, visit austinbatcave.org or contact heather@austinbatcave.org