“Having more trans and non-binary representation in our government would protect our rights and provide better accuracy of our interests." So opens cartoonist Sage Coffey’s recent comic published on the Nib, an online publication that specializes in political cartoons. 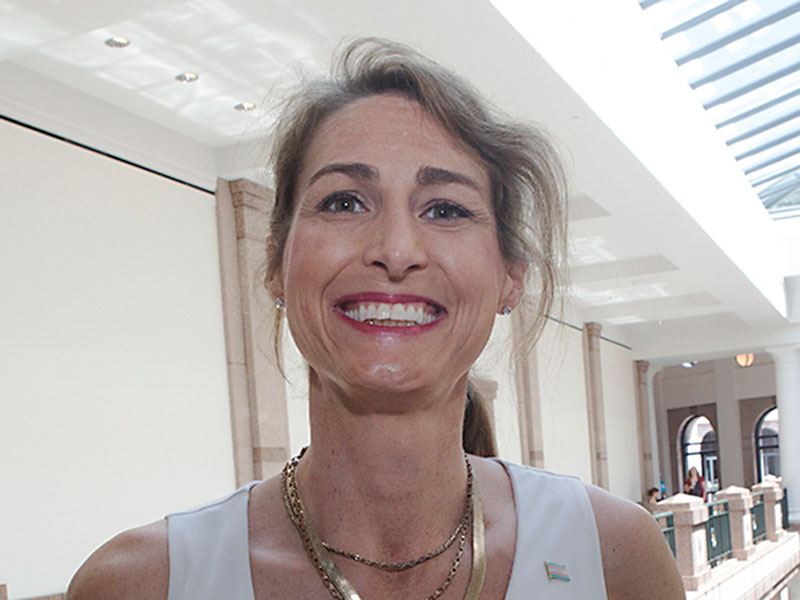 If elected, Danielle Skidmore will be the first openly transgender person elected to public office in Texas (Photo by Jana Birchum)

Posted Thursday, Coffey’s comic spotlights Washington state rep hopeful Everett Maroon and Austin City Council District 9 candidate Danielle Skidmore. They're two of the 44 openly trans or nonbinary candidates – an all-time high – running across local, state, and national races in 2018. Speaking via the protagonist, Coffey (who identifies as nonbinary) argues that “no matter how much of an ally a cisgender politician is, they don’t have the life experience to really understand what we need,” before handing over the panes, if you will, to Maroon’s and Skidmore’s cartoon counterparts. Skidmore’s narrative, in particular, highlights her origins as an activist fighting against the 2017 failed bathroom bill that sought to prevent trans folks in Texas from using restrooms that align with their gender identity. “My hope is that in being visible, authentic, and honest, I can help other people start to understand our experience better,” Skidmore says in one speech bubble. If she wins, Skidmore will be the first openly transgender person elected to public office in Texas.

Coffey’s comic also addresses the obstacles transgender and nonbinary folks face when it comes to voting across the country – including binary gender options on state forms of I.D., voter laws requiring particular forms of I.D. – suggesting a significant portion of trans people eligible to vote don’t have photo I.D. that matches their gender, and an administration hellbent on defining “transgender” out of existence.

The takeaway? Your queer vote matters and there’s still time to cast it in the current midterm elections. Today, Fri., Nov. 2, is the last day of early voting in Travis County, but Election Day is Tuesday, Nov. 6. Polls, on both days, are open 7am-7pm. Bring your Texas ID (or a passport and voter registration card) to anywhere you see the Vote Here/Vote Aqui. For more info, see austinchronicle.com/elections. And see the full comic on the Nib.