GayCL 2018 Is Queerer and More Diverse Than Ever

Sometimes you wanna go where everybody knows you’re queer

“Diversity is incredibly important and intentional for GayCL,” reflects Ezra Edwards (aka DJ GirlFriend), the queer mastermind behind Saturday’s independent, all-queer showcase at Cheer Up Charlies.

Eight years in and 60-plus performers later, this year’s installment offers one of its most diverse lineups yet, with everything under (and beyond) the rainbow – like pop-electronica vibes courtesy of BAIJ and an ultra-seductive performance by Fat Bottom Cabaret. Not to mention, the eight-act bill features several performers of color and members of the trans and genderqueer communities. The lack of exposure for these communities is just one of the many reasons why Edwards originally conceived GayCL back in 2010. “There are so many festivals that have been coming out over the past few years that lack exposure, not only for queer people, but for women and people of color,” he explains. “It's not just white, cis men who are creative and musically gifted.”

With this year’s theme of “Queer Utopia: Paradise Found,” Qmmunity decided to reach out to performers to hear more about why GayCL matters in these trying times and the importance of showing up for each other. As Edwards reminds us: “Everyone deserves a voice.” 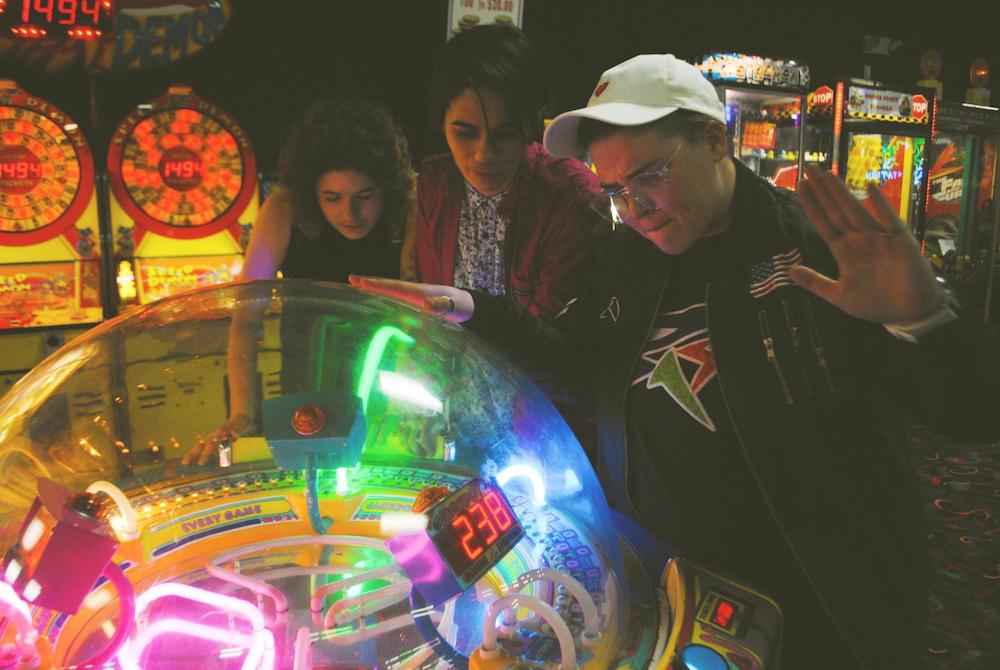 The self-described “queer, psychedelic, R&B band,” Tomboi may hail from Jacksonville, Fla., but this year’s GayCL isn’t the trio’s first queer rodeo in Austin. They’ve played Lesbian Wedding, GayBiGayGay (RIP), and coincidentally, it was the former event coupled with a Qmmunity article that introduced drummer Summer Wood to her girlfriend. But it’s not all just flirty fun for Tomboi, there’s a deep political ethos grounded in their performances, especially at queer-centric shows. “Marginalized voices are often overlooked or capitalized upon in popular culture,” they explain, “so events like [GayCL] allow a safe(r) space to experience live music that comes from a queer perspective.” Their GayCL appearance marks the last of their scheduled Texas shows for now, but the trio hopes they’ll have made an impact on Austin’s qmmunity and vice-versa. “We learn from the politics of each other’s cities. We can hold each other up collectively.” 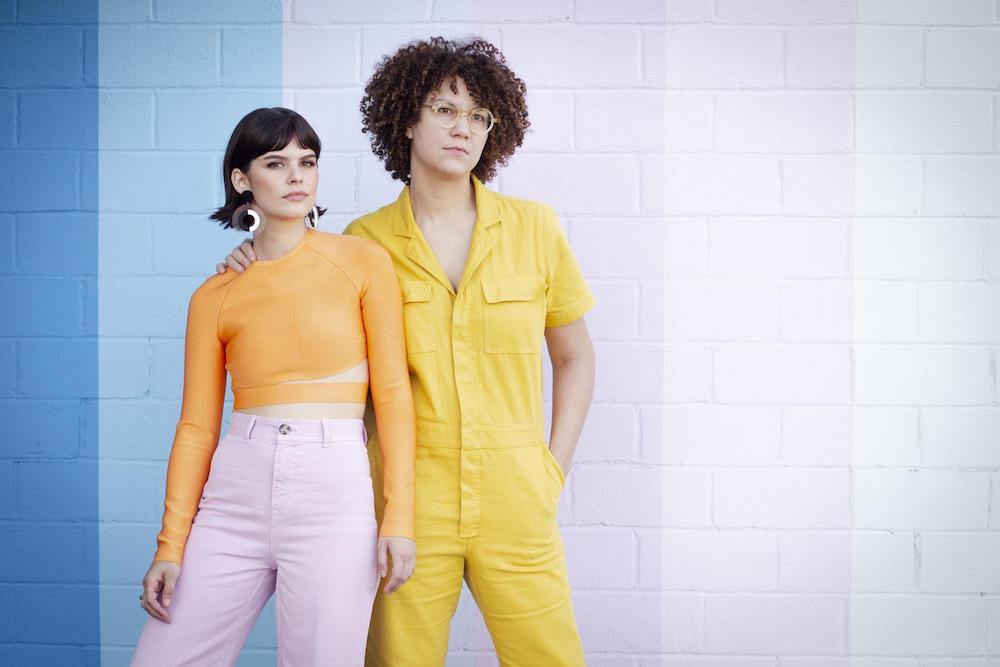 As local synth duo BAIJ (composed of real-life couple Lauren Sanders and Ilaina Espinaco) sees it, “It’s tough putting yourself out there as a performer,” and tougher still “putting yourself out there as an LGBTQ person.” Put those two together “and it’s a pretty intense experience to go out there with your partner and say unapologetically: ‘We’re gay as hell and we love making music together.’” But Sanders and Espinaco agree they’ve been lucky to find a safe and celebratory space in Austin’s queer community, an embrace that’s allowed the group to craft an electronic soundscape that’s best described as “the soundtrack to your impromptu kiki.” The couple says they’re hyped for the turnout expected at this year’s GayCL, but honestly, they’re just looking forward to another night hanging with their qmmunity in an all-inclusive space. “[It’s] kinda like the Cheers theme song, ‘Sometimes you wanna go ... where everybody knows you're gaaay.’” For local hip-hop artist BLakchyl (aka Te’Aunna Moore), events like GayCL are essential for growth (both within and outside the queer music community), because "queer artists are changing the narrative of what traditional sounds are.” The local wordsmith, who’s spent most of this year dropping new songs and videos online, is stoked to check out new bands she’s never heard before and rally together for change. She explains, “It’s important for us to show up for each other [because] it’s strength in numbers, and a lot of times we don’t feel that way in other spaces that may not be queer-based.” With a new project expected to drop early next year, plus a clothing line, BLakchyl’s set is sure to bring Cheer Up Charlies down to the ground, flip it, and reverse it.

Dungeon femme fatale Belladonna got her start in the local drag scene, but this year she’s bringing her music to GayCL. “I’m beyond excited to be recognized and represented in the event,” says Belladonna. For her, 2018 has been a first for pursuing music. The self-proclaimed “gender-bending rapstress if you will,” echoes other performers’ sentiments about how queer, independent showcases are crucial, seeing that there’s nothing else like it in Austin’s mainstream music scene. “GayCL gives us a platform to put our names out into the world and connect with other queers as well as grow a local fan base.” GayCL marks the third queer event this San Antonio guitarist has ever played, the second being a heavy-metal performance at last month’s Gender Unbound Festival. Webster, who is trans, has found a safe feeling in queer-based events that’s not always present in non-LGBTQ spaces. “Personally, it gives me one less thing to worry about so I can focus on putting on my best performance and having a good time,” she explains. With the promise of head-banging shredding for Saturday, Webster hopes the audience will “realize that they can do and be all that they want” after watching her axe-grinding performance.

“Sharing our talents [en masse] is a radical act and necessary in times like this,” extols Fat Bottom Cabaret Director Nikki DaVaughn when reflecting on the importance of GayCL. “It's a reminder that queer artistry runs the gamut and our reach extends outside of the expected.” That sentiment certainly holds true for the local cabaret troupe, which is the only troupe in Texas made up of solely plus-size performers of color, and its longtime participation in local queer events. And if DaVaughn wants to reiterate anything to Austin’s qmmunity and those showing up to support GayCL, it’s that queers can, have, and will always continue to show up for one another during hard times: “We're all creating magic and carving out our space in this often fucked-up country.” 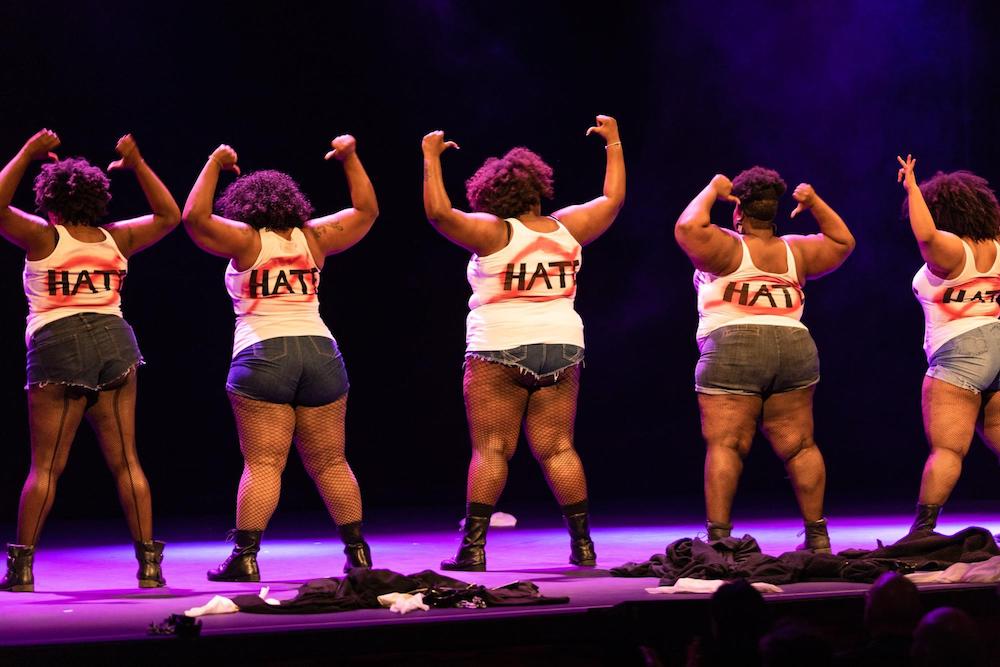 Catch these great performers, plus a couple of cool DJs, Saturday, 9pm at Cheer Up Charlies (900 Red River) for the Eighth Annual GayCL. Tickets are $5 in advance, $10 at the door.