It’s the early Aughts and Kori Duke (though she hasn't chosen that name yet) is a ninth grader living in Palacios, TX. She’s just started writing her first rap songs. Or, as she calls it, “writing little poems to girls.” And, did we mention she’s just come out to her mom? 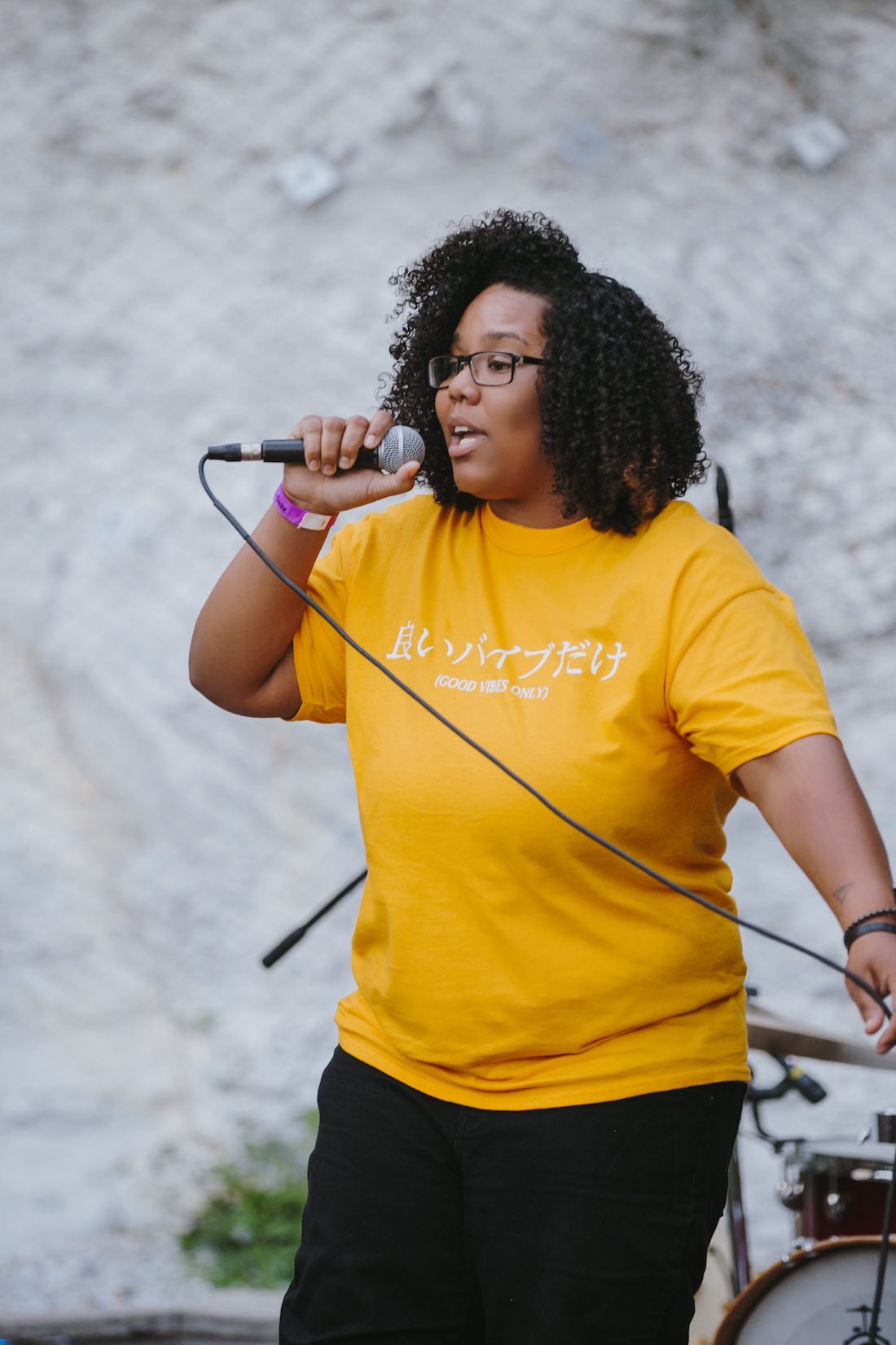 Today, sitting in an Austin coffee shop, Duke recalls that conversation. Her mother said she could date whoever she wanted, with a few conditions: “My mom was like, ‘Don't bring no drugs to my house, and [as long as] you ain't hurting nobody.’” Duke, emboldened, returned to school the next day. “I [thought], ‘I'm holding my girlfriend's hand in class!’ You let the girls and the boys kiss, so guess what? I’m going to over do it, so you can call my momma and she's going come down here and whoop somebody's ass.”

Duke, who now performs under the stage name Mama Duke, says her mother’s acceptance is the key reason she’s “unapologetically me” about herself and her work. That attitude has helped her win two Austin Hip-Hop awards: Artist of the Year and Female Artist of the Year (both in the same night). It’s also evident in songs like “Muuufuc*a” where she raps, “When I was fifteen, my momma said, ‘You gonna be a muuufuc*a.’ … I think I went to the extreme because I’m literally a muuufuc*a.”

Duke emphasizes she’s had a mostly positive experience within Austin’s hip-hop community, but it hasn’t come without having to break a few barriers. Raising three fingers, she notes that she’s a black, gay woman. “In any world, that’s a triple whammy.” According to Duke, when she first started performing in Austin two years ago, men in the audience would try to shorten her set in an attempt to rush her off the stage. At the time, she says she was just happy to be performing and didn’t realize she could be like ‘“Fuck you, dude.’” But these days, it’s different. “Now, I’m like, ‘Nah, bro.’”

When talking about how to increase QPOC visibility and representation within the local hip-hop community, Duke's not one to point fingers. “Where do you start?” she wonders. “Who do you blame, or who do you tell?” Because, she adds, “It’s not just Austin.” She points to other forms of entertainment and other cities including Hollywood’s cannon of lesbian films that have “broken barriers,” and adds: “What do they look like? They're two, white, feminine women.” The topic weighs heavy on Duke's mind, but she tries to find some humor in it as well. “Sometimes I'm the only black person on the bill, but it works out for me 'cause, you know what? You’re going to remember me,” she says, laughing.

While Duke considers herself new to Austin’s queer nightlife scene, it’s a community she’s felt embraced by and hopes others – especially those struggling with coming out or facing rejection – will come to embrace, too. For her, queer events are an important part of LGBTQ culture because there are some people who “can’t be themselves all the time. There are people that don’t have a voice.” And maybe, someday, she muses, "They’ll wander in.”

Perhaps, even, they’ll wander into one of her upcoming events. Her name lands on many a lineup these days, but she currently has a few additional plans. With a new EP slated to drop in December, Duke is in the process of curating a “mini tour” of Texas in the early months of 2019, and she already has plans to host a listening party at Cheer Up Charlies once the album is released – in one fell swoop à la Beyoncé's Lemonade. (Look for her to drop some gems between now and winter.) In the meantime, fans can catch Duke hosting SafeHouse’s Hip-Hop nights every Wednesday, and visit her soundcloud for free. For the latest on shows, follow her on the Instagrams.