Turns out, small donations really can make a difference. Somos Semillas, the July 5 fundraiser, raised over $6,000 to help reunite children who’ve been separated from their parents at the border. On Monday, to celebrate the victory, several of the event’s organizers presented a check, totaling $6,383 to RAICES’ Family Reunification Program. 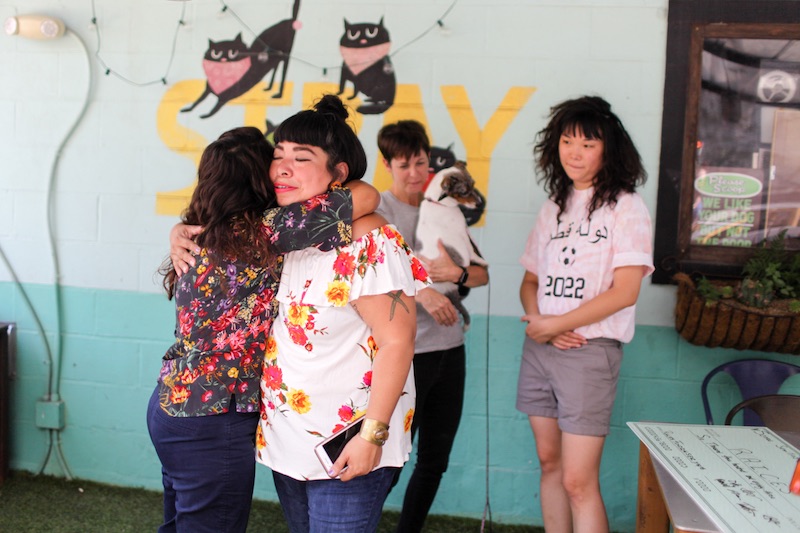 TK Tunchez, a local artisan and space maker behind Frida Fridays and Fuego, led the charge to organize the event in response to the Trump administration’s Zero-Tolerance Policy, but she was not alone in making Somos Semillas a success. As Denise Hernandez, co-founder of the social impact production firm Hustle for the Cause, said Monday, “TK made that phone call and we were all like ‘Ok, let’s do it.’” And do it, they did. Hustle for the Cause jumped in to help organize as did the Lilith Fund for Reproductive Equity. The event, which took place at Cheer Up Charlies, featured local musicians including rapper Mama Duke, DJs Chorizo Funk and Mahealani, the Tiarra Girls, and more alongside six vendors – all of whom donated their entire night’s earnings.

Tunchez, who was also selling goods under her shop Las Ofrendas, said the vendors told her they were happy to have the opportunity to give back. “This is their work and what they’re earning a living off of … but they were like ‘we don’t have the cash to give, but we can sell our wares.’” 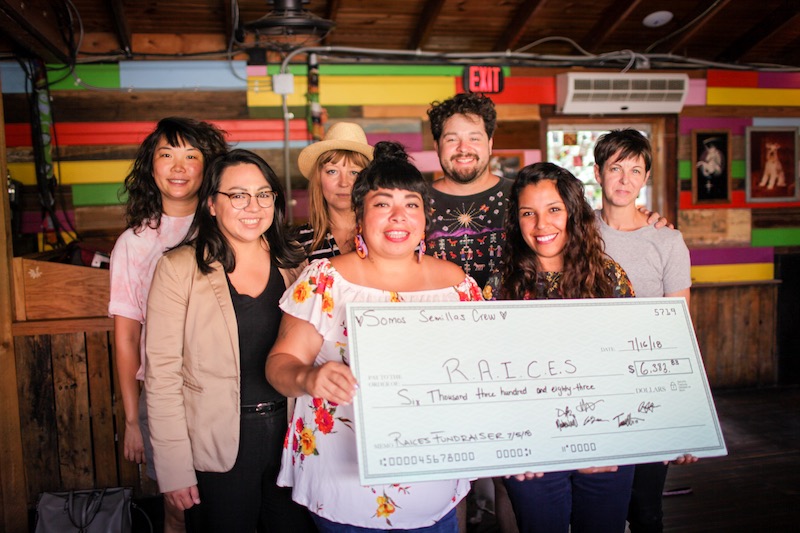 That willingness to help carried the night, which Hernandez called “beautiful” and Tunchez described as “truly collaborative.” And in true grassroots organizing fashion, the bulk of the $6,000 donation was raised in small sums by attendees giving whatever they could at the door. For an extra boost, Cheer Ups, owned by Tamara Hoover and Maggie Lea, matched $1,000 of donations. Tunchez also thanked Cheer Ups for their willingness to support the event and to create space for QTPOC, POC, and LGBTQ communities. That support, she said, “raises the bar for other bars.”

And while the event wasn’t specifically queer, many of the organizers and attendees land on the LGBTQ spectrum. In fact, Hernandez said that’s what made the event “inspirational.” She continued, “I loved that it was a space predominately filled with LGBTQ individuals who really wanted to make a difference.” 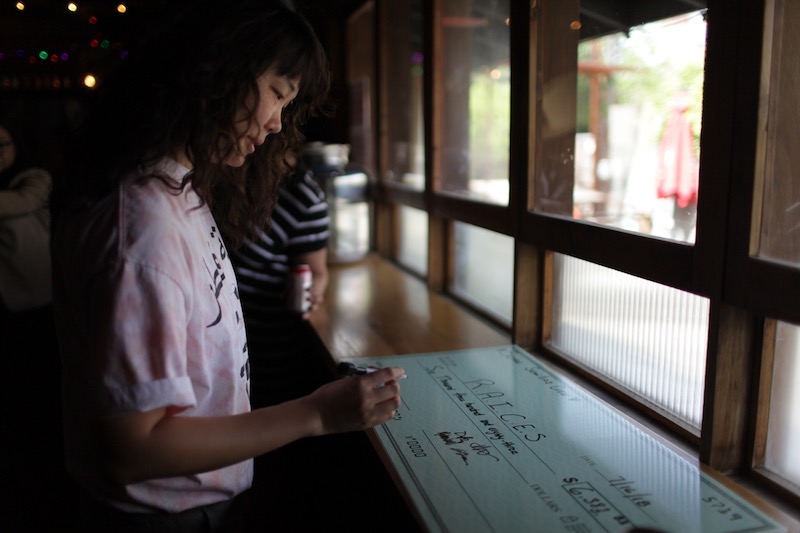 Lea writing the check to RAICES (Photo by Anneke Paterson)

Couldn't attend the event, but still want to help reunite families? RAICES (Refugee and Immigrant Center for Education and Legal Services) is still taking donations via their website. You can also visit the Chronicle's coverage on other ways to get involved.