Accessing Personal Care While Trans, Nonbinary, or Queer in Austin

It’s been a year and a half since Claire Bow, a transgender activist and advocate, has had her hair cut. After being misgendered multiple times by a previous stylist, the anxiety of it happening again has been too much of an obstacle to overcome. 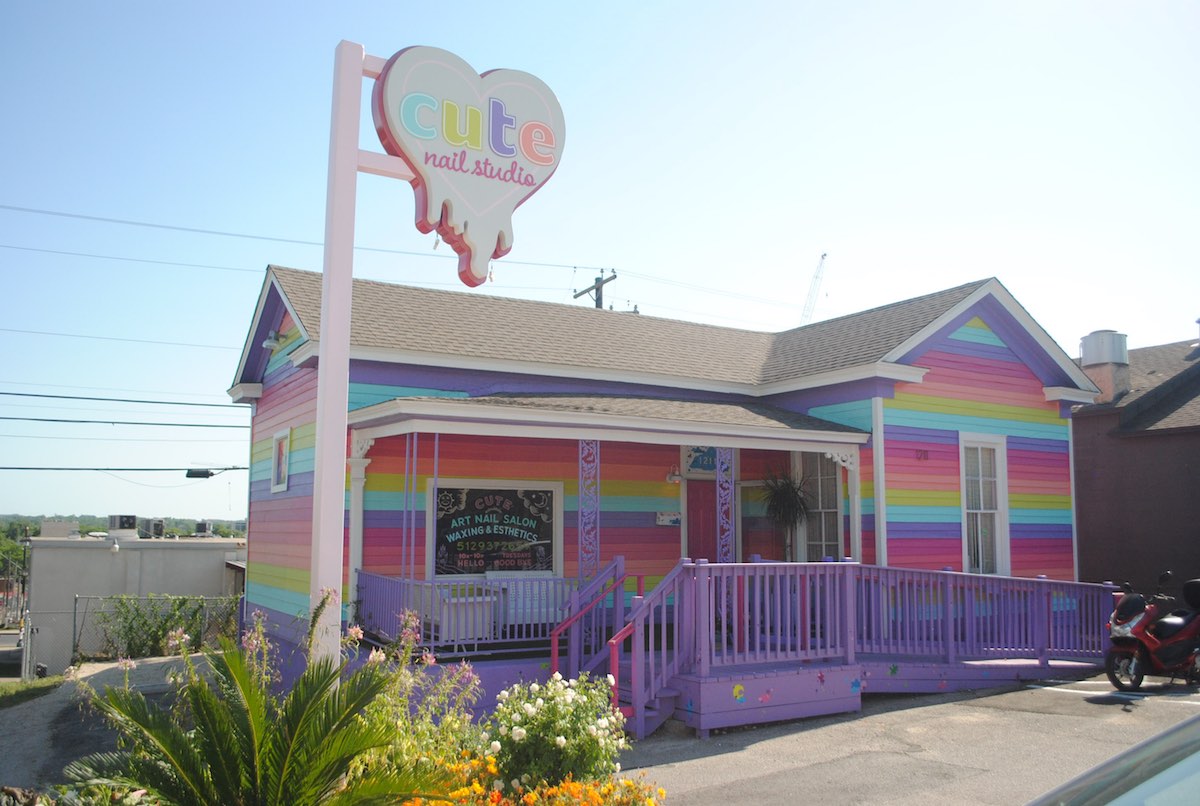 It’s a common experience for trans, queer, and nonbinary Austinites who seek services like hair, nail care, or waxing – services that can play a significant role in shaping one’s gender presentation. More often than not, these folks are left to navigate salons on their own, risking uncomfortable experiences like Bow’s or poor service.

Other issues are specific to personal care and gender presentation. Jessica Soukup, a transgender activist and public speaker, has hopped from stylist to stylist hoping to find someone who could successfully frame her face in a way that dials down masculine features and ups the feminine ones. Austin Smartt, a trans comedian, tells me her trans men friends choose to get their cuts done at upper tier barbershops to avoid getting the “girl” or androgynous version of a shorter haircut.

Most often, negative salon interactions don’t involve outright hostility, but rather noticeable discomfort, or even just an unfamiliarity with trans or queerness that makes it clear that the client’s gender is, at the very least, not a non-issue. Smartt is still looking for her waxing “dream studio.” Her transness, she says, leaves some providers in a “perpetual brain fart spiral.” She worries there’s a loss of quality of service when those same providers become “so preoccupied” with her transness, which she describes as “mundane … if I was just some [cis] lady in here, all your focus would be on performing this task to the best of your ability.” 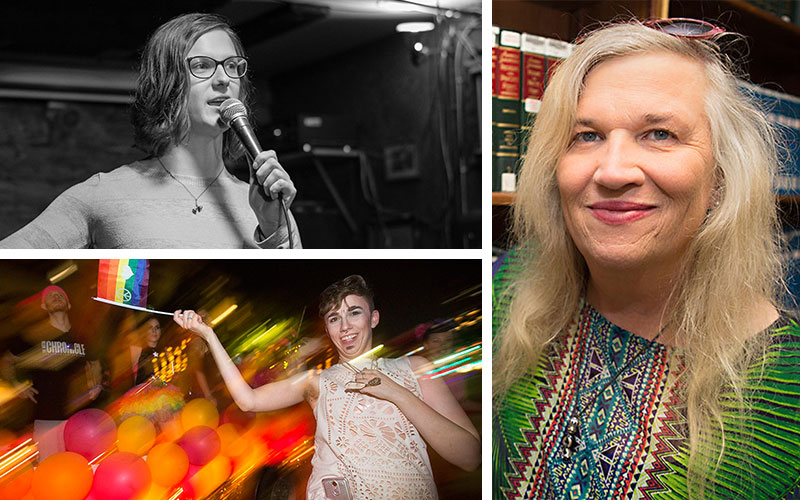 Accessing personal care can be even tougher on folks who don’t fit a binary system. According to Soukup, she’s generally not confronted, but figures at least one of the reasons why not is because she gets her hair and nails done regularly. “So then as people look at me, they start checking off the boxes.” But it’s not that simple for everyone. Lee Dandy Velour, a trans nonbinary drag king performer who describes themself as a femboi, says they are frequently misgendered even in spaces that are ostensibly queer or queer-friendly. They describe it as taxing and emotionally draining.

It’s basically a guarantee nail, hair, and waxing salons are not going for “taxing” and “emotionally draining” when they sit down to draft their manicured brands. In fact, the regime of self-care has taken up the mantle of general wellness to masquerade as a salve to the bad feelings that plague us. Rough day? Get a blow out or book a massage. That mandate – “treat yourself” – can leave out people for whom treating themselves can come with anxiety and added cost.

“For me, and I think for a lot of other trans people, oftentimes it can have the opposite effect,” explains Smartt. “It's anxiety inducing, because you're trying to enjoy a thing that you should be able to and it might feel off or now you're worried about money.”

As Smartt points out, transitioning can be incredibly expensive and cost prohibitive for some, and it’s a process without a real endpoint. She doesn’t often get her nails done, because she cuts costs where she can. Navigating salons can also mean navigating pricing for nonbinary and trans clients. There’s often a differential between what salons categorize as “masculine” and “feminine” haircuts and waxing costs for clients based on perceived gender.

Overall, both Smartt and Soukup view personal care as a net positive, though Smartt rejects the idea of self-care in general, weary of assigning “fun” and “not fun” labels – a binary – to activities. “If you're having a bad day, do something that makes you feel happier,” she says. “Like, ‘Oh man, I haven’t sat outside and smoked a joint and read a book in a while.’ That’s self-care.”

As for Bow, she wishes more salons were upfront about being trans-affirming, possibly even including text to that effect on their websites so that she doesn’t have to risk an uncomfortable experience next time.

One new nail and waxing salon in town – Cute Nail Studio, located just east of I-35 on Seventh Street – does just that. The shop, which opened this past March, has been advertising itself as a “safe space” online and asking for preferred pronouns on intake forms. The website, which is nearly as colorful as the pink and purple hued building, states: “We want you to to be yourself without fear or social discomfort and we believe that every single one of you is a star.” (It’s no surprise, actually, that the shop’s sister company is Sirenalia, the equally queer-inclusive business known for crafting silicone mermaid tails.) 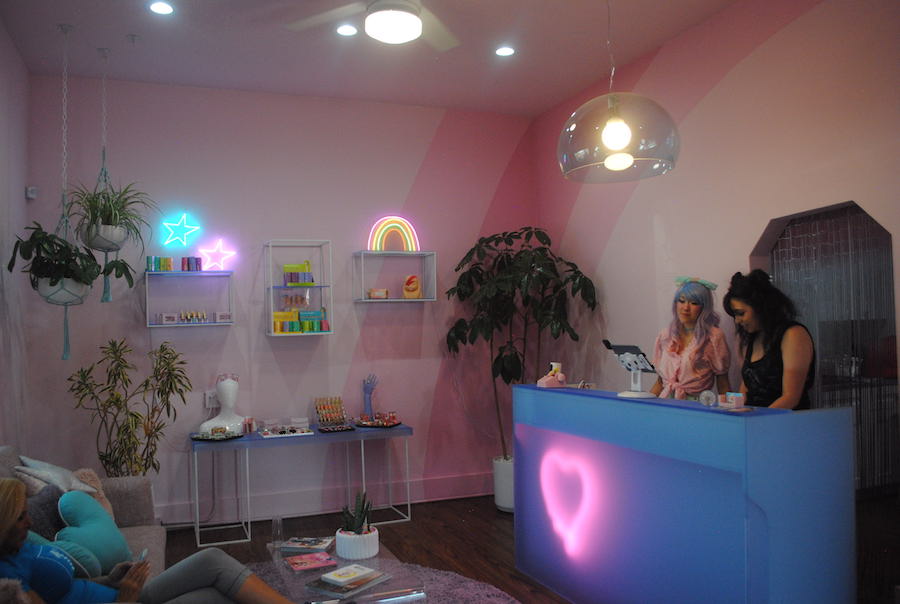 Inside the salon (Photo by Taylor Prewitt)

The salon’s co-owner Jason Darling tells me his goal is to ensure clients’ gender is a non-issue when someone wishes to receive a service. Darling explains he’s sat in the client’s seat for a manicure while presenting masculine. “It's so chill when you see a place that says from the go – before you leave the house – this is a place that you're going [to be welcome].”

Velour admits they haven’t tried out Cute Nail Studio, yet, but they’re into the mission. For Velour, the extra effort on the salon’s end would not only make them want to support the shop, but also share it with friends as a safe space. “If I were making an appointment somewhere and they asked for my pronouns I would be really excited.”