Celebrate your queerness throughout the Lone Star State this summer

By Mikaila Rushing and Sarah Marloff,

Do you hear it? That’s the sound of glitter crashing to the ground in celebration of Pride season! Yes, for the next three months (and then some), the biggest state in the lower 48 will be awash in rainbows and queers of all ilks celebrating culture, community, resilience, and most of all that amazing queer magic we all share. 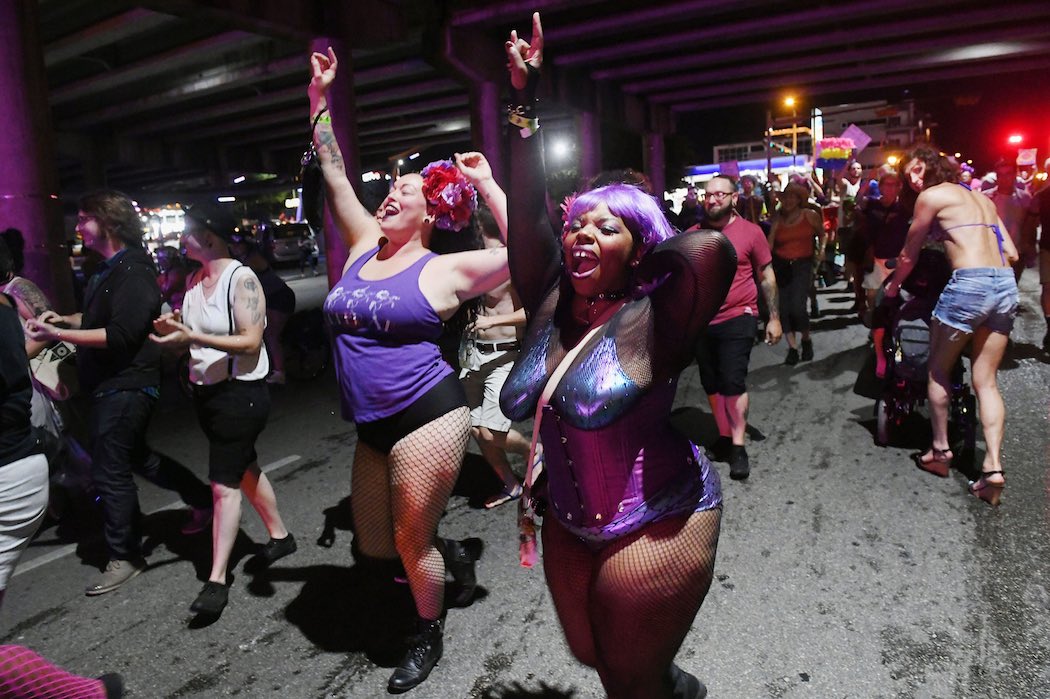 Originally celebrated on the last weekend in June to commemorate the 1969 Stonewall Riots for LGBTQ liberation (before the Q was added), Pride has expanded well beyond a weekend. Here in Austin, the season officially kicks off next weekend with Queerbomb, followed by Black Pride, and ends with Austin Pride in August. But Texas, despite its conservative leanings, is quite queer with LGBTQ events all summer long.

Read on for details on ours and some farther flung (but still not to be missed) Texas Prides.

June 2, 6pm-1am, Fair Market
Created in 2010 as a mainstream Pride alternative, this ragtag rally, procession, and afterparty is all DIY and entirely funded from within the community. What began as a queer haven for those looking for more than assimilation has become a well-loved and relied on event for all queers, weirdos, and anyone within the LGBTQmmunity. And if you wanna donate to ensure a rip-roaring afterparty, do it here.

June 5-10, around town
This might be the city’s youngest pride, but there’s nothing novice about ABP. With eight events in five days, ABP aims to make a (much needed) space for Austin’s queer, black community. Events range from panel discussions and boat parties (alright, just one) to yoga and a blow-out brunch crawl. 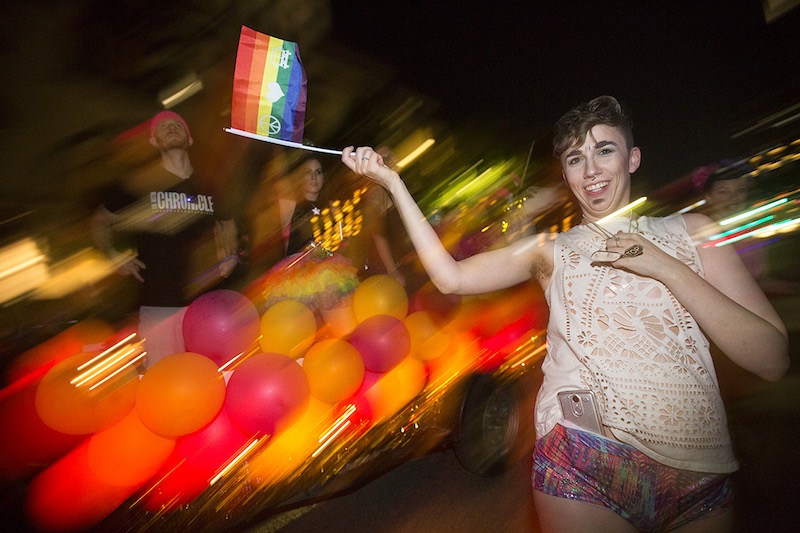 August 11, Fiesta Gardens and Downtown
With events leading up to the day, Austin Pride begins with a festival complete with your fave local nonprofits hanging out and talking trash (not really – they’re mostly sharing info and giving away swag) and a lineup of performers to make you oooh and aaah. But the party doesn’t stop when the stage is cleared. Head down to Congress Avenue or Fourth Street to see the parade in all its gay glory.

Take Your Pride on the Road

June 2, 10am-midnight
El Paso might be a bit far, but this Pride boasted roughly 12,000 people in attendance at last year’s event. If you’re heading out West, consider this the perfect place to stop in and celebrate.

June 8, 4-9pm
A family-friendly block party and parade now celebrating its second year of official festivities. To those of you looking to get to the beach, this is a great time to swing by and hang out with some local, and some not so local, queer buddies.

June 8-9
The Pride pageant takes place on June 8, the Beach Bash goes all day long on the 9th, and for those not done partying, a block party completes it all that night. Maybe not your typical Pridefest, but we think typical is overrated...especially when there's a beach involved.

June 9
Start the fun with the Equality March and transition to Pridefest in the afternoon. Maybe not the biggest celebration out there, but Beaumont Pride knows what it’s about, with a focus on equality and queer arts everywhere you turn. 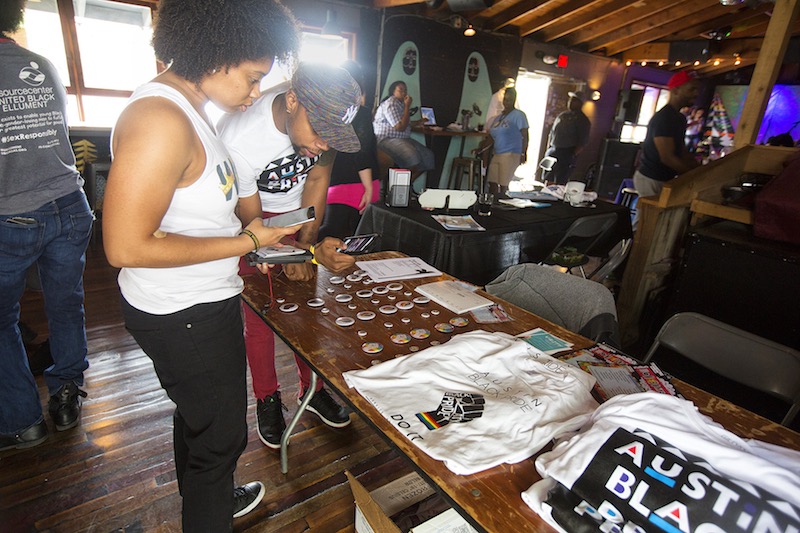 June 15, 2-11pm
An outdoor festival followed by a drag show and celebration. So what makes this event worthy of your time? Consider this Andrews’ inaugural pride party, complete with food, fun activities, and plenty of ways to stay cool in the summer sun.

June 16
Can we get a special shout out to our QB sister celebration! Like Austin’s, this is an epic queer celebration sans corporate money and a good place to party with your own. Consider supporting them on their GoFundMe page.

McAllen Pride in the Park

June 23, 3-10pm
Keep it simple with this queer arts and music festival for anyone who wants to attend. Plenty of food, giveaways, and art to go around. Get out there and show ‘em Texas’ LGBTQ+ community doesn’t just reside in the big cities.

June 23-24
A fest, parade, and afterparty H-town style. Sure, Austin is arguably the queerest city in Texas, but Houston has the numbers! Their Pride draws approximately half a million people – NBD. If that sounds like your kind of scene, then get ready to party from noon to dawn.

June 24, noon-6pm
If you’re hanging around or looking for a reason to check out the scene up north this celebratory event would make a great stop.

June 30
Like our own, San Antonio’s celebrations, dubbed a “Pride Bigger than Texas” starts with a daylong fest that evolves into a nighttime parade. We have to admit, it’s an easy mantra to get behind, and it’s really just a hop, skip, and sashay away.

Sept. 8-9
This quaint Pride with big heart starts with Youth Pride on Sept. 8, followed by the main event the following day. But it’s a great option if you want the festivities without the crowd chaos and a great way to support our neighboring city’s budding pride.

Sept. 15-16
This parade and festival is a staple of LGBTQ culture here in Texas. With nearly 50,000 people attending, it’s worth the cost of gas.

Sept. 27- Oct. 1
“Black, Bold, and Beautiful” – if you’re looking for a QPOC party, this late-summer fling might just be the perfect place for you.

Oct. 13
A daylong celebration in Dallas to honor Hispanic/Latinx queer culture, with displays of art, music, and more. Sure, it’s a little late in the year, but talk about a great excuse to get out of town. 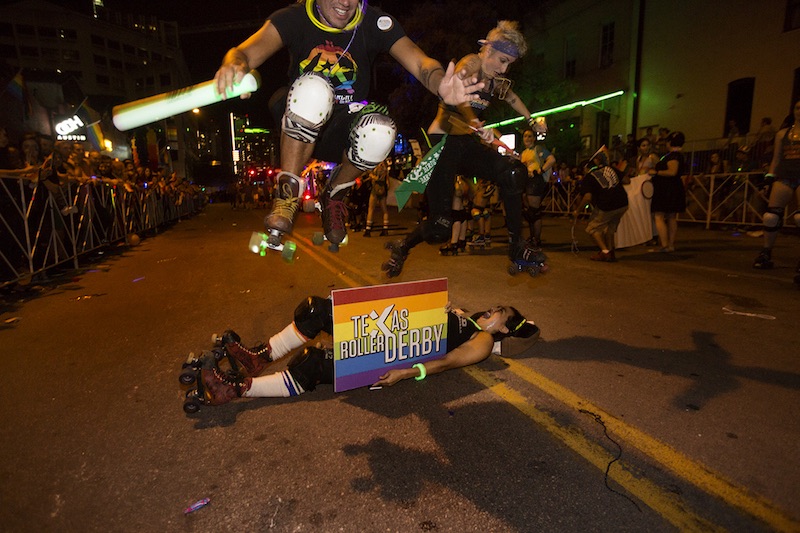 Skating through Pride season like... (Photo by Jana Birchum) 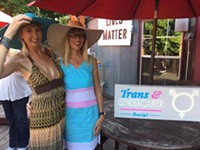