The event continues to make space for trans & genderqueer communities

Whether it be building friendships, romantic relationships, or directing folks to resources and business opportunities, the Trans and Genderqueer Social is a monthly meetup for everyone on the transgender and genderqueer spectrum. 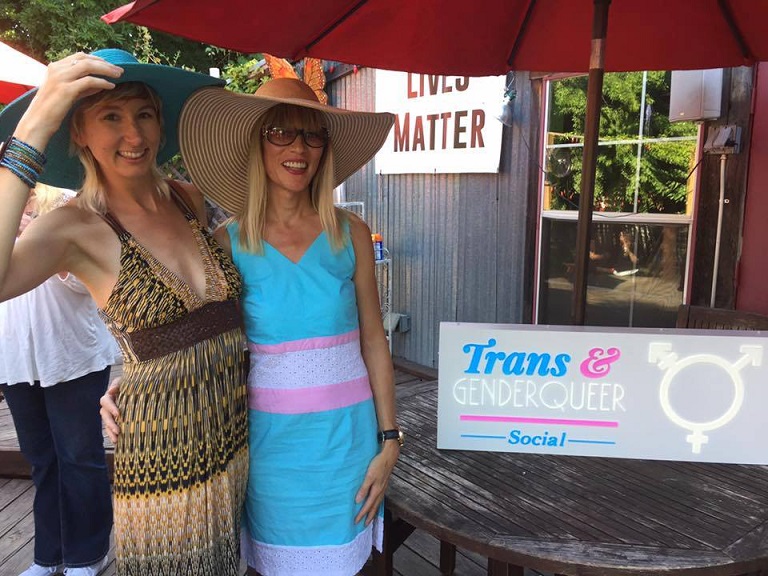 Since its start, the social has created a safe space for community members to come and network with one another. And this Sunday, TGQ will celebrate its 50th hangout at the Butterfly Bar.

Kayden Althen founded the social in the fall of 2013 while he was in the process of his own transition. He was working with the Texas Transgender Network at the time and realized – through his work and personal life – just how important connections within the trans community really are.

Althen credits a handful of friends for helping him move forward with his transition. They assisted with his name and gender marker change and helped figure out what doctors were worth visiting. The process, Althen says, can be “really overwhelming.” That thought ultimately spurred him to put together TGQ. “I just thought everybody should have people to help them figure out these details.”

This was one reason Claire Bow was motivated to seek out the social in 2014. Now an organizer of the event, at the time she’d recently begun her own transition. She’d just left her government job and felt especially vulnerable. As she explained it, “The thing about being transgender is that it can feel very isolating. I felt that I really needed to find who trans people were.” What she found at TGQ was a group of people eager to form an accepting and supportive community.

While the social originally began as a small affair between Althen and his contacts, it slowly began to grow. Today, the social sees anywhere from 40 to 100 people in attendance each month.

Originally, the social was held at the Spider House Ballroom, but Althen found that the space was a bit too large. He says it gave space for introverted or socially anxious attendees to move to the corners to avoid interacting with other folks. It has since moved to the Butterfly Bar at the Vortex Theater. Since the relocation, Althen and Bow say the social has taken on a life of its own. Attendees have taken it upon themselves to bring anything from cupcakes, to online resources for trans friendly doctors, and even light-up neon signs.

As the 50th hangout arrives, both Bow and Althen hope TGQ continues to move forward. “There’s been a lot of different ideas that have come up over the years about more we can do,” Althen says. “But, I think we’re a niche – we give people a space to be themselves, and we have yet to see the full potential of that really.”

TGQ Social takes place this Sunday (and every second Sunday) at Butterfly Bar, 2307 Manor Rd., from 6-9pm. Introverts are invited to show up a bit earlier to ease into the event.