The Pink Elephant (Radio) in the Room

Pink Elephant Radio is ready to address the pink elephant in the room: In a world that is slowly but surely introducing more queer elements to mainstream media, why does the music industry seem to be so behind the curve? 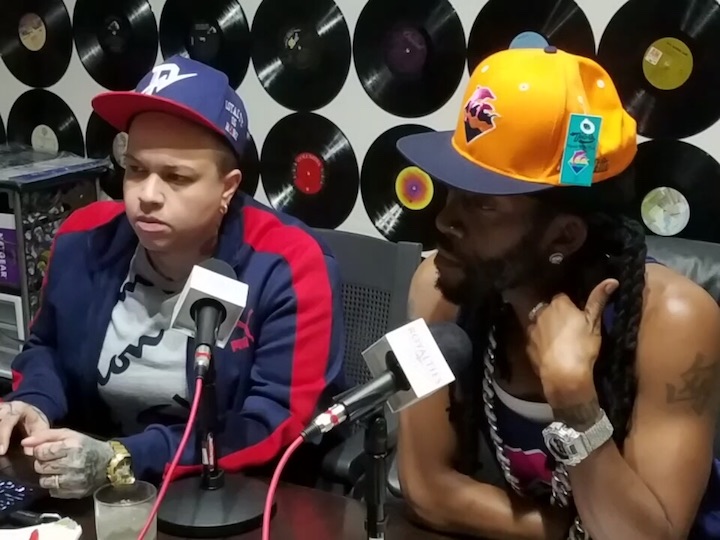 Sure, there have been plenty of artists who've came out later in their career, or borrowed from the queer community, but only a handful of out and proud LGBTQ artists get much airplay. There are exceptions (Halsey, Troye Sivan, Hayley Kiyoko), but for the most part it seems queer musicians are less likely to reach mainstream airwaves.

According to Japan and YellaStud, co-hosts of Austin's new Pink Elephant Radio Show, it's even harder for queer R&B, hip-hop, and rap artists to break into the music scene. One evening, over margaritas, YellaStud – aka Lolo, an award-winning graphic designer and known activist – told me: “I think hip-hop has always had a huge phobia of gayness."

Japan, aka Rashaud Hill – creator of rap group QURE – said he believes the issue has deeper roots into hip-hop's culture. He points out that today there's "only one female rapper in mainstream," suggesting the industry "only allows one at a time – as if there’s not room for everybody. Mainstream hip-hop is a straight male dominated situation.”

In 2016, Japan recognized a need to celebrate LGBTQ+ creators and set about creating the first Pink Elephant Hip-Hop Festival, which quickly became the largest of its kind. The festival is now preparing for its third iteration, a two-day party, featuring 25 artists from around the U.S on June 8. YellaStud jumped aboard early last year. As an advocate for women in the hip-hop industry, YellaStud said she was “instantly drawn” to Japan’s fest.

But two nights a year weren’t enough. Together the pair created the Pink Elephant Radio show to elevate the queer community in mainstream hip-hop. The show began airing in February. As co-hosts, Japan and YellaStud also conduct in-depth interviews with LGBTQ artists they wish to highlight in their show.

According to the creators, queer artists typically aren't taken as seriously as their straight counterparts. Instead, the industry tends to view them as gimmicks, or simply less marketable. YellaStud said that's a driving reason why they plan to keep carving out spaces for LGBTQ artists. “Our main focus is that we want people to take us and LGBTQ artists and the community seriously." The goal, for both Yellastud and Japan is to "help build this community up.”

First, though, they say they have to overcome the far more immediate lack of venues for queer people of color. Japan, who now lives in Houston, says he’s often surprised when he comes back to Austin. “There are no black gay clubs in this city,” he says.

YellaStud agrees, noting that Austin’s music scene is very white and male oriented. “We’ve tried to do club nights at these gay clubs, and when you tell them [it's] hip-hop they get scared.”

However, Japan says they hope that – by celebrating LGBTQ hip-hop and diversity with both the festival and radio show – they can add some spark back into the city's queer communities of color. At the end of the day, that’s what it’s all about says Japan: “Watering our community and creating platforms.”

Aside from putting on their weekly Friday night radio show and planning this year's fest, the pair have been gearing up for their SXPE day-party on Friday, March 16, as part of South by Southwest. The event, featuring a live broadcast of the show, is meant to be a hub for LGBTQ artists to come together, network, and perform live – if that’s what they’re into. Attendees can expect DJs, pop-up shops, and one helluva good time. 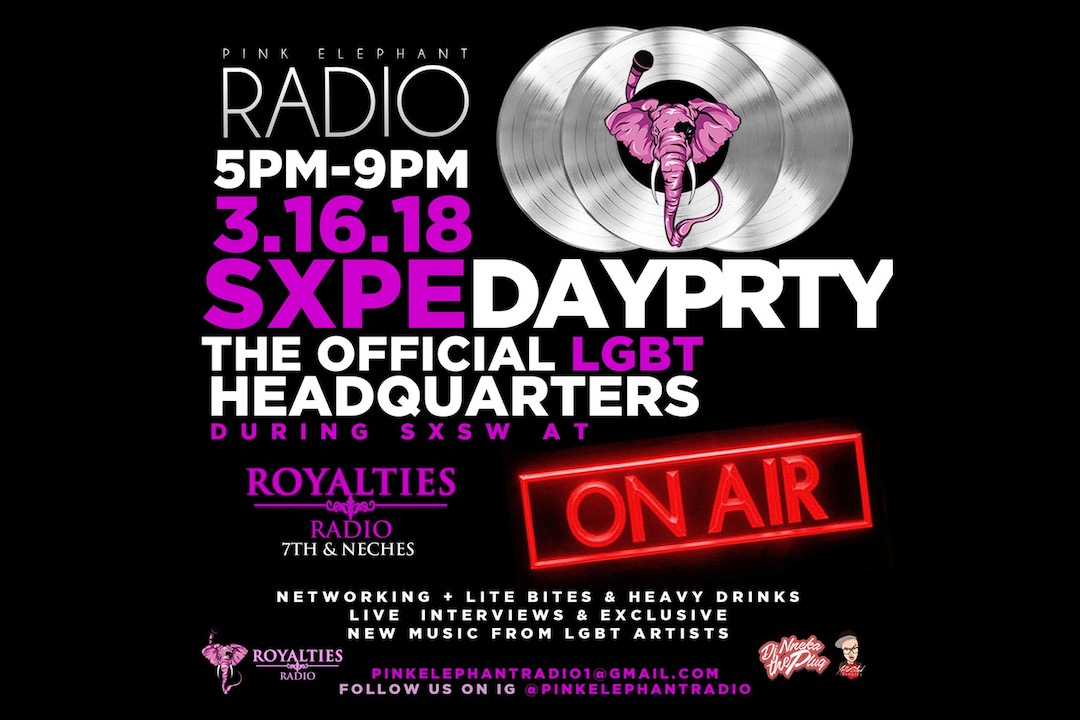 Pink Elephant Radio Show can be found by downloading the Royalties Radio App and tuning in Fridays, 7-9pm. People can submit their work through pinkelephantradio1@gmail.com – though Japan and YellaStud warn: Being featured is not going to be a walk in the park. It’s best to have a press kit, available songs, a proper picture, and social media presence.