Since winning the crown on season 6 of RuPaul’s Drag Race in 2013, pretty much all Roy Haylock, better known to audiences as Bianca Del Rio, has done is work. 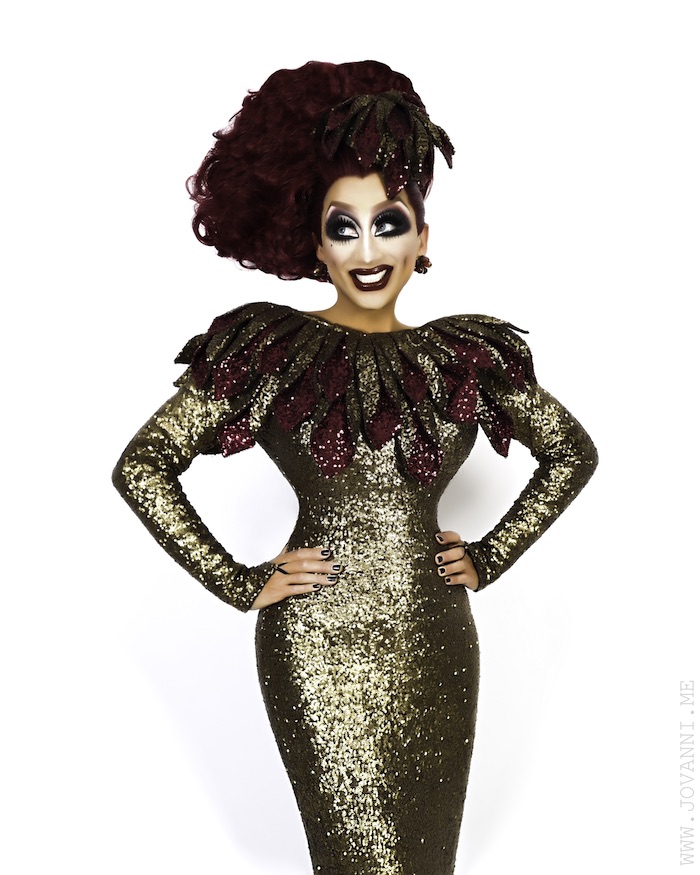 Blame it on Bianca (Photo by Jovanni Jimenez Pedraza)

He starred in 2016's Hurricane Bianca, a film about a mild-mannered teacher who, fired for being gay, comes back to school as a spitfire drag queen bent on vengeance. The follow-up, Hurricane Bianca: From Russia With Hate, which boasts a cameo by the legendary Wanda Sykes, drops in May. Also in May, we'll get to hear Del Rio's trademark tough love in a self-help book called Blame It on Bianca Del Rio: The Expert on Nothing With an Opinion on Everything. All the while, the longtime comic maintains a relentless tour schedule, which stops at the Paramount Theatre.

Austin Chronicle: Do you spend any time in Austin? I’ve noticed from following your Instagram that you’re friends with our favorite local ghoul Christeene.

Bianca Del Rio: I do! Christeene and I go way back. I met Christeene back in 1996. We worked together in New Orleans. We had done a show together called Pageant, and we worked together for one really fun summer, so we’ve kept in touch since. Actually, Christeene just recently reached out to me, saying, “I’m going to come see you in Austin.” I said, “Please do.”

AC: Has she ever spit on you?

BDR: No, she hasn’t. I knew her before she was Christeene. To be very honest, it took me a minute to realize who it was. I knew him as Paul Soileau. Paul was just a friend of mine, and then he created this character. When we put two and two together, we died. I mean, we could not stop laughing.

AC: That’s an awesome story. Well we’re really excited to have you in town for this tour. What was your process for putting together this show?

BDR: The past four and a half years have been kind of a whirlwind for me since Drag Race. With the last two tours we’ve been able to travel the world. What ends up happening when you’re on the road – when I have time to think and I’m not distracted by the regular world – I get the opportunity to create new stuff. And once I set the show, for instance this one has already been set as far as material is concerned, to an extent, I just start writing for other projects, because there’s always something coming up. So shockingly while one’s going on, the next one is being plotted and planted in my head and in my notebooks, because I’m old-school and I have to write everything down. I just start jotting ideas and thoughts I could use for the next run. People often think that I’m touring quickly, but what’s interesting is when you’re traveling the world, [but] by the time I’m through with this tour, it’s ready to start up again in another country. You’ve just gotta keep trucking and rolling. I’m a busy bee, and I like to stay busy, so for me I’m eternally grateful just for the opportunities.

AC: Speaking of opportunities, I had the chance to see your first film, Hurricane Bianca, at a screening here in Austin. You’ve got a sequel, Hurricane Bianca: From Russia With Hate, coming out this summer. How’d the whole Russian theme come about? Our politics, the fact that you worked with fellow Drag Race alum Katya, or a combination of both?

BDR: It was all of the above. I didn’t write [either] film. My friend Matt Kugelman wrote the first one, and he and Derek Hartley wrote the second film. I think considering what the climate is in the world right now … We pick up where we leave off, where Rachel Dratch’s character goes to jail for having a sexual relationship with some of her students, and while she is in jail, she has been trying to plot her revenge against Bianca Del Rio for ruining her life. And she works out a plan to send me to a science fair in Russia. Because where’s the worst place for a gay to go? Russia. [Laughs.] That’s where I meet Katya, and the comedy ensues from there. ... Obviously with our political climate now and all this talk of Russia – it just seemed fitting.

AC: I also wanted to ask about your book. You’ve got so many projects going, why was it important to write a book?

BDR: I was asked to do one two years ago with a particular publishing company, and I wasn’t interested in doing it, because there were too many limitations. I had no desire to write something that would be superficial, or something that said, “Drag is wonderful, and the side of the world is this,” or “I live a miserable life as a gay man.” Who cares? We’ve already heard those sad fucking stories, and that’s just not me. Not to mention they don’t want to be legally responsible for anything I say or do. I wasn’t going to alter my comedy, my jokes, or my material.

So time passed, and then finally another company was interested in me. We had this idea that it would be great to just give advice. I think one of the reasons that stirred it was that I’ve seen Dr. Phil, who is useless as shit – he’s not even a doctor, he’s just a swollen walrus – who wrote a book and has a TV show and gives people advice. So why the fuck can’t I? It’s the advice you probably don’t want to hear, but it’s the advice that your friends talk about behind your back after everyone knows your problem. It’s not for the light-hearted, but it’s the truth and it’s done in a comedic way. There are some anecdotes from my life that I’ve thrown in there, but without being too literal and serious. Because that’s definitely not my cup of tea.

Bianca Del Rio sashays into the Paramount Theatre Thursday, March 1, at 8pm. $39.50 general admission tickets are still available, but VIP is sold out, so move fast. 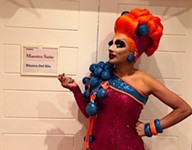 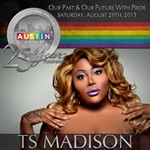