After months of planning, UT Austin is finally putting on its first Longhorn Pride. Before you get too excited, this is not the typical parade and festival that often goes hand in hand with a Pride title. 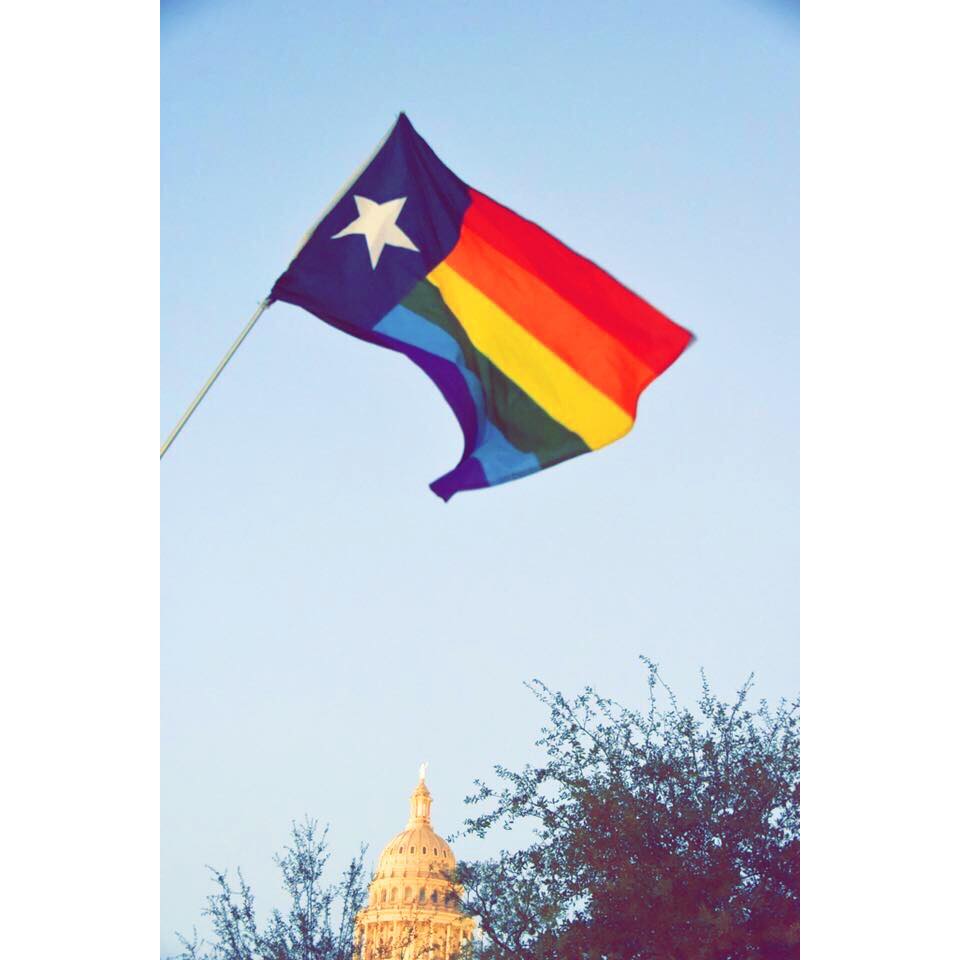 UT wants new students to know: it's queer in here (Photo by GirlFriend)

Instead, UT’s event, created by the Office of Admissions and the Gender and Sexuality Center, will be held this Friday for prospective LGBTQ+ students and incoming freshmen.

The idea behind the daylong event is to connect queer youth and potential Longhorns with one another, show them the campus (with a nice rainbow sheen), and most importantly create a space that helps teens feel comfortable asking queer-centric questions. Of course, these questions can be asked and answered during a typical tour, but that’s not always comfortable. (For those of you who can speak up sans awkward shuffle – we salute you.)

“I think there’s a lot of anxiety about starting a new chapter in your life,” says Liz Elsen, the director of the Gender and Sexuality Center, on why UT created the event. “It feels really reassuring to know that there are people here to help you.”

James Tolleson, the assistant director of admissions and director of visitor services, tells "Gay Place" Longhorn Pride has been a longtime goal of the admissions office, which ultimately works to “serve students as best we can, and provide all the resources to any questions they may have.” Over the past several years, Tolleson says they’ve really focused on helping LGBTQ+ students learn more about UT’s queer-specific resources.

As Longhorn Pride becomes a reality, it will take those efforts to the next level. The event will span the day, starting with breakfast where would-be students can meet one another. After eating, the crowd will be split into groups: prospective transfer students, prospective incoming high school seniors, and those who've already been admitted. During the day, attendees will have their own panel – separate from any parents or guardians (sorry Mom and Dad) – where they can ask campus leaders questions about life as an LGBTQ+ student. Eventually, groups will reconvene to experience what Tolleson calls the “authentic dining hall experience” at Jester, UT’s largest dorm. A tour of the campus will follow.

Though the first Longhorn Pride hasn't wrapped yet, the folks involved say they're already hoping to add more for upcoming incarnations. Most notably, Sawyer Tedder, the graduate assistant at the Undergraduate Admissions Center, says he wants to work with members of Austin’s greater LGBTQ+ community to discuss additional opportunities for incoming queer youth.

“It would be great for students to see there are people who have come before them – who have lead the way and are making the world a safer place for them. [To] have those members of the community reach out and give back would be a really great opportunity,” says Tedder.

For now, Longhorn Pride will focus on providing queer applicants a safe and peer-filled space to answer any questions they may have while connecting them to a potential community. But even if some folks can’t attend the event, Elsen hopes it will provide reassurance about being queer at UT. “They’ll know that UT is a supportive campus for them, and they might just feel more assured as they’re making their decisions later on.”