35 years later, Lizzie Borden’s Born in Flames is ahead and on time

With this year’s theme OUT of Time, OUTsider Festival – Austin’s transmedia festival and conference – aims to explore the complexities of time through its signature showcase of queer, underground, and soon-to-blow-up artists and performers of today on the cusp of tomorrow.

But as much as OUTsider looks towards the future, it keeps a queerly trained eye on the past with its Legacy Award. Recognizing “an artist who embodies the best qualities of being a cultural misfit,” the award seeks to honor the ancestral provocateurs, artists, and rabble-rousers that paved the way for the festival’s contemporary acts. The prize also helps connect artists and their work to a broader historical conversation, which is essential to OUTsider’s conference component. “It’s not just about the art in the present moment,” Curran Nault, artistic director and founding member of OUTsider, told "Gay Place." “It’s not just about these ideas, but connecting them to a history.” 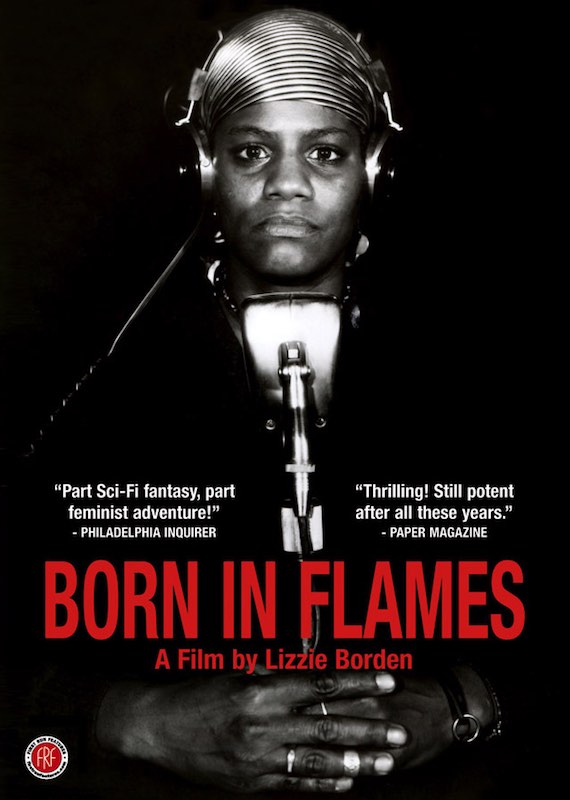 This year’s Legacy Award goes to filmmaker Lizzie Borden and the women in her 1983 film Born in Flames. “Lizzie Borden is a really amazing person, in terms of an artist, a thinker being ahead of her time, and also being someone who’s always pushed the boundaries,” says Nault.

Celebrating 35 years since its release, Borden’s film is a sci-fi tinged tale of a radical feminist uprising unfolding in New York a decade after a peaceful, yet ineffective revolution. It’s a classic work of radical queer and feminist cinema for not only its experimental style but also its progressive leanings. “The politics of the film were way ahead of their time,” Nault explains. “They kinda prefigured – like the words didn’t exist yet – intersectionality.”

Intersectionality, the feminist theory coined by Kimberlé Crenshaw that refers to the ways in which oppressive institutions are interconnected, is a well-recognized term today, but that was not the case in the late Seventies and early Eighties. “That word didn’t even exist back then,” Borden tells me. At the time, Borden (who is white) had grown frustrated with the white, middle-class singular voice dominating the art world and prevailing feminist theory. “I didn’t believe in one singular voice because that voice didn’t represent as many women as it could or should,” Borden explains. With Born in Flames, she sought to create a film that would capture the voices of women across diverse racial backgrounds, classes, and sexual orientations.

While released in 1983, Nault believes Born in Flames couldn’t be more relevant with its premonitions of oppression that resonate today. “It very much echoes what’s happening in the Trump administration and the loss of rights,” he says of the parallels between the rise in discriminatory legislation aimed at minority groups in real life and Borden’s dystopian vision. Another striking similarity is the film’s Women’s Army, a vigilante group of bicycle-riding, subway-car-patrolling ladies taking down rapists and sexual harassers, whose mission of calling out abusers is not unlike the #MeToo and Time’s Up movements.

Now, several decades later, Borden finds herself disturbed by how some of these topics have tracked forward into the Trump administration. “Certain things have gotten even worse, like the question of abortion,” says Borden. “It’s worse now than it was then and that shocks me, you know? In thirty-five years, some of these issues have not improved, but [instead] gotten worse and you just go, ‘My God’.” There’s a hopeful flipside to Born in Flames’ doomsday timeliness, which Borden sees in a younger audience’s growing interest in the film. “I feel it’s sort of like a grown-up child that went away to college and I’m following it around trying to see what millenials think,” Borden confesses. She says the highly-politicized nature of the film probably resonates with the activist-oriented younger generation of today, adding that she’s noticed an overall increase in activism within the last year – perhaps one of the few constructive things to come out of the current political climate.

Above all, Borden believes activist art is the key to fighting an uncertain future. She says festivals like OUTsider that showcase and celebrate trailblazing artists and performers are essential for enacting change. “Art can galvanize people and it can galvanize discussion groups.”

OUTsider Festival's Born in Flames screening, Legacy Award presentation, and discussion with Borden is Friday, Feb. 16, at the Vortex Theater, 7:30pm. $25-100. Badges are available online. Individual tickets are issued 10 minutes before the show after badge holders have been seated.