Shane Brown, creator of HavenCon, announced yesterday afternoon that this year will be the last for Texas’ first and only LGBTQ focused geek and gaming convention. 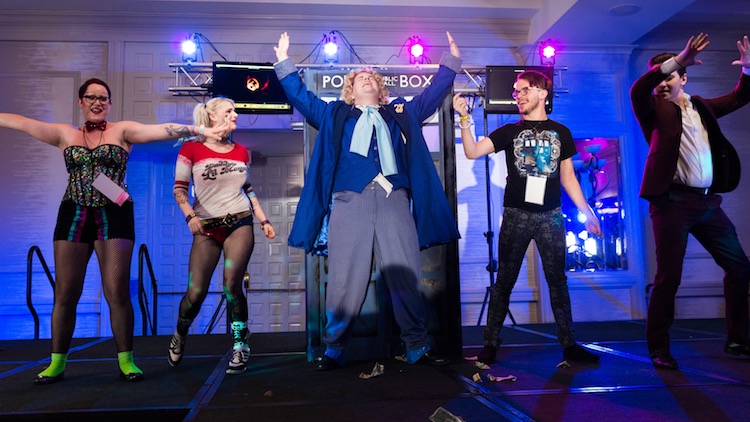 In a letter published on HavenCon’s website and shared via social media, Brown cites the need to refocus on his health as the main reason for stepping down and closing out the annual convention. Brown, who’s been putting on HavenCon since 2014, has been without healthcare since founding HavenCon. He writes, “we don’t work on the show to benefit from the community, but rather so that the community benefits from our work. And it has been an absolute pleasure to work so hard on the event that the community has grown to love.”

While HavenCon bids us all adieu in 2019, this year’s convention will go on as planned (March 29 - April 1) and promises to bring its signature mix of geekery, gaymery, and inclusivity that fans know and adore. Highlights include the pre-convention Grand Illusionist semi-finals (a night of all gender-inclusive cosplay drag performances on Feb. 2) and festival panel discussions featuring celebrity guests Tracee Cocco (Star Trek) and Daniel Newman (The Walking Dead).

Highlighted this year, is the new youth-only space and youth-only dance, which Brown planned with the help of folks from Out Youth. Additionally, teens should expect youth-exclusive panels and space for 18-and-under attendees to come together, talk, and have fun at this year’s convention. Brown told Gay Place, “to have someone that can relate to [youth], who works with them directly like the folks at Out Youth, to be there to talk about the issues that face them today, is very important.”

Above all, Brown says this year’s goal is the same as every year: to create a fun and inclusive place for folks to come together and have a good time. “We’re not here to remind you of the hardships we encounter every day – we’re here to provide a space for you to escape … at least for a few days.” Reflecting on conventions from prior years, Brown says hearing stories of how HavenCon has helped or changed attendees' lives has been one of his greatest joys. “Some have found work in the field they love. Some have overcome loneliness and depression and branched out to be more social.”

Brown says he's unsure of what the future holds, but what he does know is that he’s ready to close out HavenCon 4 with one last hurrah for the gaymers, cosplay queers, and everyone in between and beyond that come together to make the convention possible. “I want [attendees] to know that we can put this all in one fancy hotel for a weekend, but at the end of the day, when they walk away, they are HavenCon – they can take that out in the real world and make more change and better things for others.”