Monica Loera’s killer, JonCasey Rowell, was convicted of murder Monday afternoon (Nov. 6). The courtroom, filled predominately with members of Austin’s trans and larger LGBTQ community, as well as Loera’s two sisters, rejoiced. In light of the untimely and undeserved loss of Loera – this was a win. 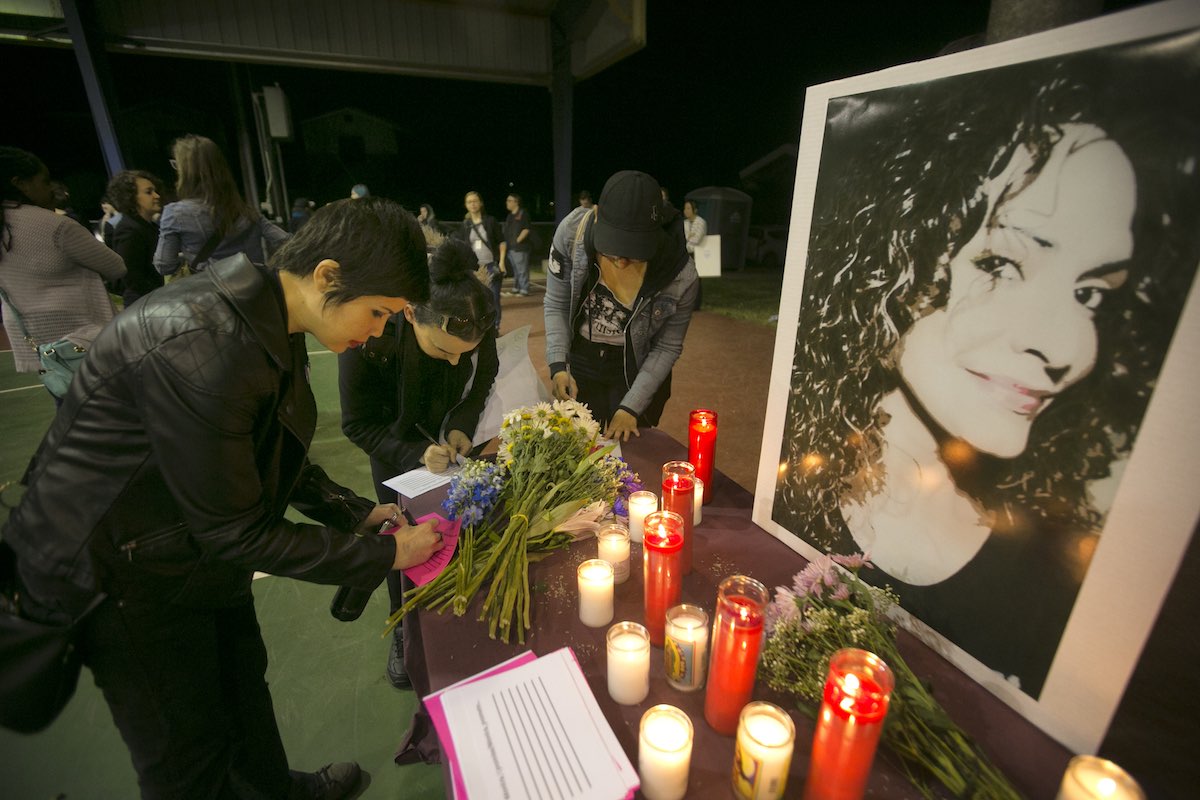 A Feb. 2016 vigil for Monica Loera (Photo by Jana Birchum)

A step in the right direction towards justice: a cisgender, white man was actually facing punishment for killing a transwoman. As local activist Stephanie Perdue (formerly Martinez) put it: “Historically, most of the people who murder trans-people are never even caught, or they get off. So it’s a very big deal that he was found guilty.”

But Monday’s victory was overshadowed 24 hours later, when the jury announced the decided upon sentence. Though the prosecution pushed for 45 years during their closing arguments of the sentencing portion, the jury – possibly swayed by Rowell’s family, who also attended the trial and testified on his behalf Tuesday morning – gave Loera’s murderer a 20-year sentence. The district attorney’s victim services counselor confirmed, Rowell has already served more than a year in jail and that time will be subtracted from his sentence.

“He deserved more time,” was whispered through the crowd of Loera’s family and community. Christi Long, aka Christi Foxx Paris – a drag queen and friend of Loera’s who testified on the loss and fear Austin’s trans community felt after Loera's murder – told reporters through tears: “Monica was a human being. She deserved more than this.”

Loera was the first (known) transwoman to be murdered in the U.S. Her name topped the list of those honored across the globe during last year’s Transgender Day of Remembrance. 2016 was called the deadliest year on record for the trans community, with at least 23 people murdered. This year, the numbers are even worse. According to a count conducted in August by the National Coalition of Anti-Violence Programs (and reported by Buzzfeed), hate-related homicides of LGBTQ folks in the U.S. has risen to one death every six days in 2017. Last year, excluding the 49 people killed in the Pulse nightclub massacre, the number was approximately one death every 13 days. When the Buzzfeed piece ran, 15 of those murders were transwomen of color. The Human Rights Campaign has been tracking the known homicides. Today, the count totals 25. The majority of victims, like Loera, continue to be transwomen of color.

The numbers only help to highlight what the trans community already knows, and Perdue’s point: most killers of trans-people get away with murder (which records show Rowell Googled after seeing the news of Loera’s death). Before the sentence was handed down, Perdue said she’d leave the courthouse feeling less positive about the trial’s outcome if Rowell was given a lighter sentence. “I’m even struggling with 45 years. I’m just like lock him away,” she confessed, with the caveat that she’s struggling with her own experiences from the past summer.

Cynthia Loera, one of Monica's two sisters in attendance, thanked the prosecution, judge, and jury for their work at the trial’s close Tuesday afternoon. By then, Loera’s friends and community members agreed: the prosecution team of Assistant District Attorneys Mark Pryor and Beth Payan fought hard for Loera’s justice. 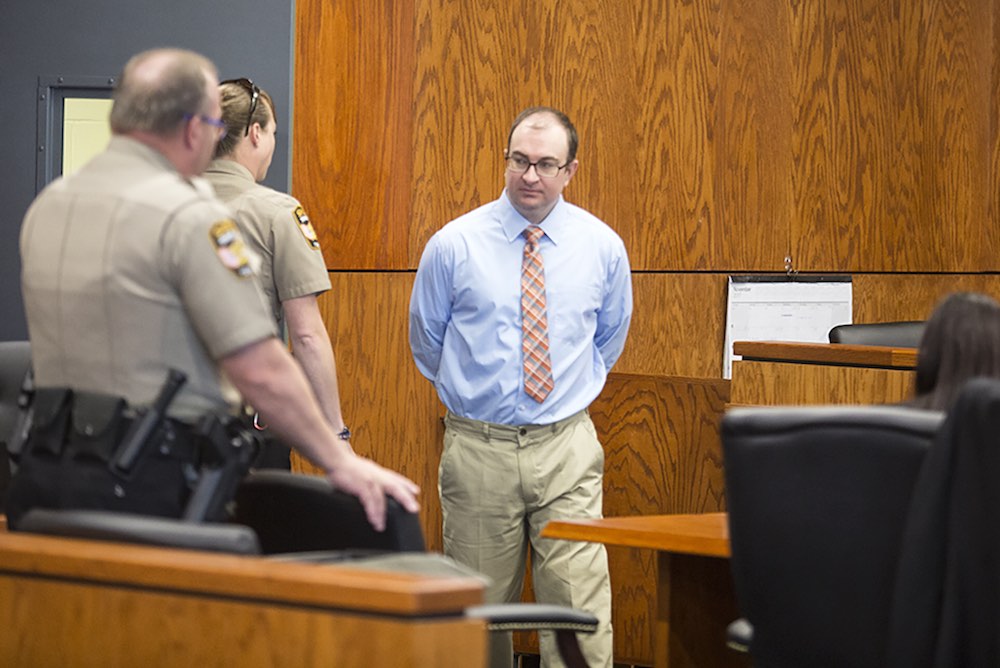 Rowell confessed to shooting Loera at the start of the trial, but his lawyers argued it was an act of self-defense. He allegedly believed Loera robbed him after he responded to her ad on backpage.com and visited her at her North Austin home in the early hours of Jan. 22, 2016. He told the jury that she threatened him with a bat when he came back with a loaded gun in search of his wallet, which was later found in his jacket pocket. Instead of leaving, he shot her from a foot away and fled. As Payan told the jury during closing arguments, “When you point a loaded gun at someone and shoot it at close range that’s an intentional act.”

Speaking of the Dead

As the trial began, many members of Austin’s trans and queer communities erupted on social media as reports came out that Loera’s dead-name (or the name she was assigned at birth) was being used on and off and also dropped throughout several media outlets’ coverage. Unfortunately, Stefanie Collins, a criminal defense attorney in Travis County and president of Austin’s LGBT bar, explained that as current law stands, the court had to use the name found on Loera’s legal documents for the indictment.

“The indictment has to be sufficient to give the defendant enough to know what he’s been charged with so he can accurately defend himself at trial,” Collins wrote via email. “Calling someone by their chosen name or even their street name or nickname does not give adequate notice. … It's antiquated and very unfortunate.” As I understand it, the name represented on one’s legal documents are the only way the government can prove someone existed. And criminal charges have to be precise.

Claire Bow, an attorney specializing in transgender issues who helps trans-people update their name and sex on legal documents, says Loera’s case is a shining example of why she does this work. “Had Monica been able to change her name and sex legally before her death it would have been an entirely different result,” Bow explained. In fact, had that been the case, “it might have been possible to exclude evidence of her prior identity."

The good news is that the D.A.’s office is currently working with the Austin Police Department to roll out gender-neutral probable-cause affidavits, Andrea Austin who’s part of the D.A.’s Hate Crime Task Force (as is Payan), told the Chronicle. Though she says it’s not in place yet, the office is discussing how to make indictments gender neutral as well. In fact, Loera’s murder and subsequent misgendering by law enforcement and the media was the impetus for APD’s new gender-neutral affidavits as well as a training for all sworn officers on LGBTQ/trans issues. 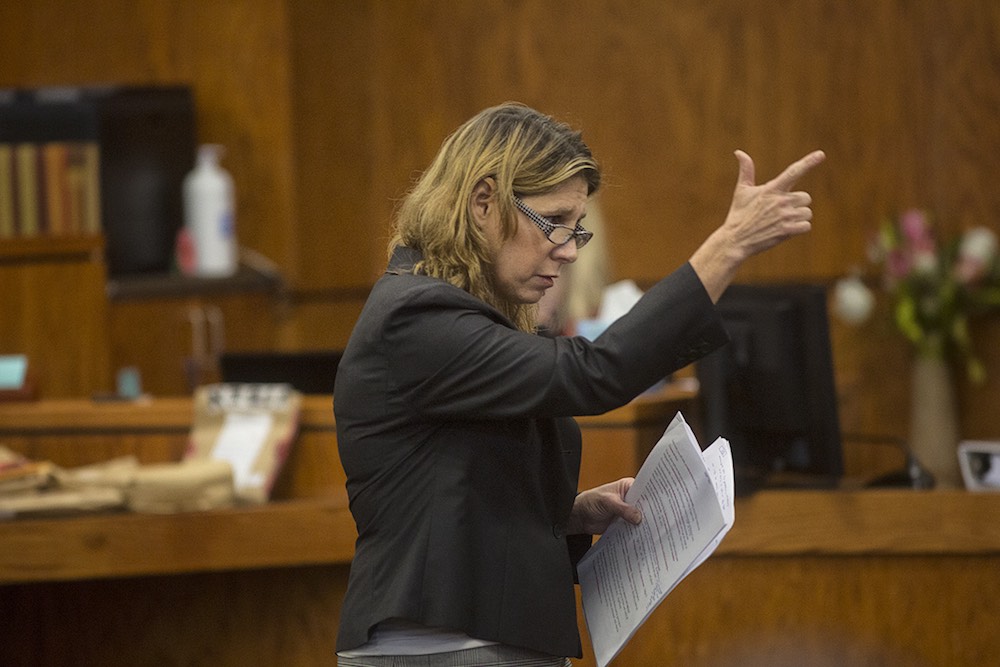 Collins said she spoke with both prosecutors about the issue and believes that, though they could have “done better – and their witnesses could have been far better – the prosecutors were trying.” Perdue agrees. She told the Chronicle, “I have seen how much [the Austin Police and the D.A.’s office] are trying to be good and that there are limitations to what they can and can’t do, but I think they’re trying.”

But if these institutions are trying, it’s because trans and queer communities are standing up for our rights as a unified front. As Perdue pointed out, nearly two dozen supporters spent all day Monday in the courtroom. “We’re starting to show our power that we’re not going to be victimized. That we’re going to stand up and speak.”

For more on the Rowell trial see Thursday's (Nov. 9) issue.