The comic book world has long been a safe haven for outsiders and misfits, but that doesn’t mean it’s always been easy for queer fans to find a sense of community. The lack of space fueled Austin Books & Comics' Rae Sterling to start the store's Queer Book Club, or ABC QBC, to foster fun times and understanding among comic book lovers in the queer community.

The need arose, as Sterling points out, because comics – and the shops that sell them – have “come a long way – comic fans have come less far.” QBC, which happens on the last Sunday of every other month, centers around diversity, inclusivity, and a broad range of comic books. 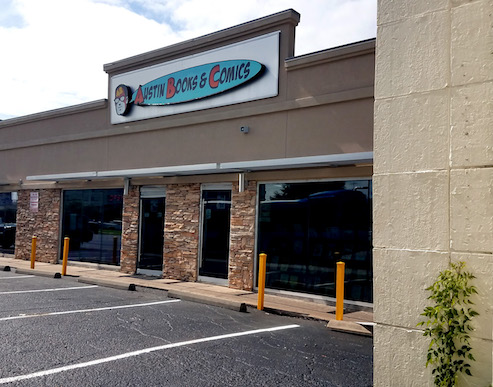 This Sunday, Oct. 29, the club will discuss The Backstagers, a comic book about a theatre crew at a private boys school created by two queer men, James Tynion IV and Rian Sygh. Sterling’s choice to cover comic books written and illustrated by members of the LGBTQ community is entirely intentional. As Sterling sees it, “It’s so often that we see queer people represented by people who are not [queer]. Reading books by queer authors shows folks that there are creators out there that are representing us and are like us.”

Alternating between all-ages and adult-only meetings, Sterling says the event is an alcohol-free space for the LGBTQIA+ and ally communities across all age groups to come and be themselves. The majority of queer events (in Austin and beyond) tend to be 21 and up and often take place in boozy environments, which can alienate underage and/or sober members of the community. As Sterling jokes, “I’m a giant nerd – a bar or a mixer doesn’t do anything good for me. I can’t talk to any of these people. They want to talk about, like, the news. I don’t know anything about the news. I watched Gravity Falls for four hours last night.”

While October’s meeting will only be the third installment of QBC, Sterling is hopeful the event will gain momentum. Citing the sense of community that book clubs can foster, Sterling believes the event provides a space for queer comic book lovers to feel safe and understood. “Reading and imagination and creativity – those things – can hit you really deep. A [comic] book can change you and it can make you cry and it can make you feel things, and … it can be just fun.”