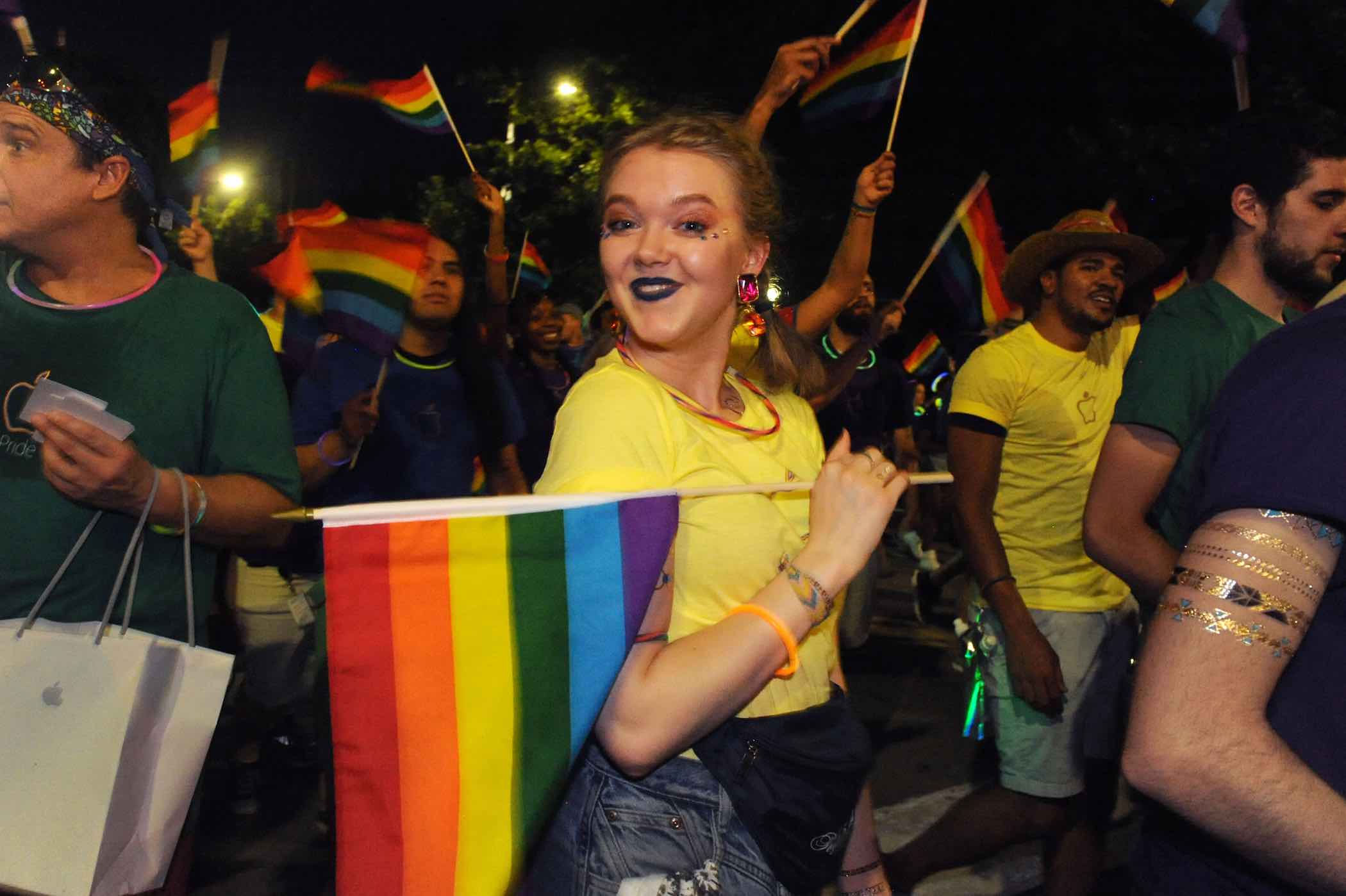 Scenes from the 2016 Austin Pride Parade (Photo by Jack Anderson)

Austin Pride has been officially rescheduled. Split into two dates three weeks apart, the parade will march Saturday, Sept. 30, on its regular route from 8-10pm, while the festival will return to Fiesta Gardens on Saturday, Oct. 21, with extended hours from noon-10pm.

Looking on the bright side, Austin Pride President Paul Huddleston told the Chronicle, “We’ll have Pride events for three months in a row!”

Pride, originally scheduled for last Saturday, Aug. 26, was canceled the day before as city and state officials prepared for Hurricane Harvey to make landfall. According to Huddleston, Pride is Austin’s largest single-day event and it takes months of planning to organize and confirm dates, vendors, and performers. Now, with a short window of time to put on a legit celebration before temperatures drop off, options are much more limited. Huddleston said the city offered Pride just two dates available for the parade and another set of dates available for the festival. “We would prefer to have them on the same weekend, but it wasn’t an option.”

Park availability for Fiesta Gardens was limited to Oct. 21 or Nov. 4. Huddleston said they chose the sooner date because he wasn’t sure Austin could pull off a November Pride event. “Palm Springs does it, but I just don’t know if we could,” he laughed. However, Oct. 21 is also Formula One weekend out at Circuit of the Americas (maybe Justin Timberlake will be the surprise fest performer). Despite Huddleston’s attempt to schedule the parade for Friday night of that weekend, the city wouldn’t budge for fear of overburdening Downtown with two massive events. As for park availability, the festival is limited to Fiesta Gardens. Huddleston explained that Pride is not currently allowed to use Zilker or Auditorium Shores due to City Council’s June 2017 ordinance limiting the number of special events allowed on city park grounds (as recommended by the Parkland Events Task Force).

Surely, some hearts in the community sunk earlier today when Pride announced the new dates, one of which coincide with two popular out-of-town events. Both Plezzure Island, the Texas Gulf Coast lesbian takeover put on by Austin’s own Wolfpack Productions, and Liz Lambert’s Trans-Pecos Festival are scheduled for Sept. 28-Oct. 1 – the same weekend as the parade. And both events tend to draw significant numbers from Austin’s LGBTQ communities. Kelly West and Michelle Solorzano Daly, co-founders of the Wolfpack, are also responsible for organizing one of the parade’s largest women-centered floats under their party promoter alias Lesbutante & the Boss. It’s unclear how or if they’ll be able to figure out a solution that allows them to continue on with the parade. Huddleston said, “We love working with Lesbutante & the Boss. It’s really unfortunate, but we didn’t really have a choice.”

Fortunately, Huddleston confirmed that the majority of scheduled festival entertainers will be able to reschedule for the new date. And, with the extended nighttime hours (because there’s no parade that night), they’ll have some “pretty awesome” evening shows. While Pride always donates a portion of festival proceeds to local nonprofits (this year's beneficiaries are Transgender Education Network of Texas and Pride's LGBTQ Center), they've also decided to donate some funds to those affected by Harvey.

Huddleston said he’s planning on meeting with the local gay bars in town to plan events following both the parade and festival to make both weekends “really gay.”