The fest is raising money to pay featured musicians and artists

If ever there was a time to celebrate our transgender, gender nonconforming, and intersex communities it’s now. Texans living outside of the (cis)gender binary have been under a nonstop ambush by the state since the 85th Legislative Session gaveled in on January 10.

Which is why Drew Riley is even more excited to put on this year’s second annual Gender Unbound Festival – a daylong event to honor and showcase transgender and intersex artists – and why she’s currently raising money to enhance the festival. 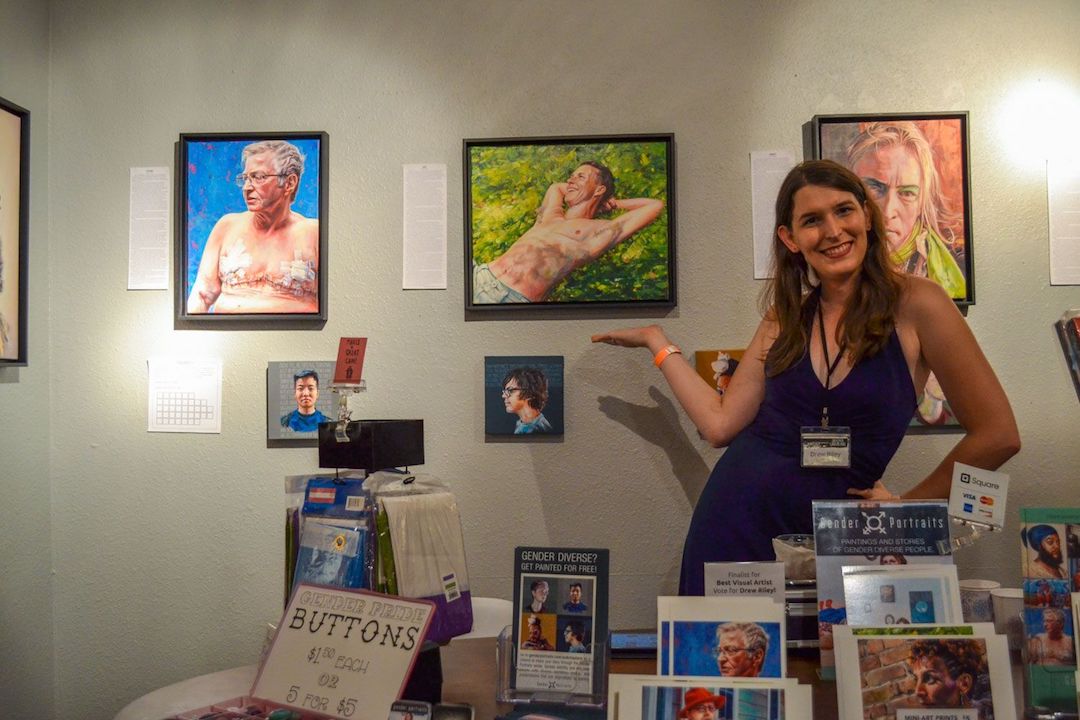 According to Riley, city funding opened the door for the fest, but it was the “hard work of the community” that made last year’s event so powerful. This year, Riley hopes to take it one step further. For the next two and a half days, readers, community members, and art enthusiasts can donate to Gender Unbound’s Indiegogo campaign to help Riley pay the festival’s participating artists. “We don't charge any of our artists fees or commissions to participate,” she told Gay Place. “Instead, we hope that we can make enough money to pay all our creators.” Any leftover cash will feed into future events.

Gender Unbound came to fruition last year, after Riley’s Gender Portraits (which spotlights local trans, nonbinary, and gender nonconforming community members) became a sponsored project of Austin Creative Alliance, which provided a grant through the City of Austin Cultural Arts Division of Economic Development. The money has allowed Riley to create a space where trans and intersex folks can unite to “learn from each other and work together. The issues our two communities face share similar topics like gender markers, birth certificates, bathrooms, gender identities, the pressures of gender conformity, and surgeries. But the needs are very different,” Riley explained. “I believe we are stronger together.”

Riley has been advocating for sex and gender minorities through art for several years. Her work spurs “conversations about the complexity of gender using art as a gateway,” and has been exhibited at queer events throughout Austin including OUTsider Fest, Austin Community College’s Night of Queer Performance, VERGE Art Show, and in the Chronicle.

Anyone and everyone is welcome at Gender Unbound, (Riley and co. are currently finalizing the featured artists and musicians), though Riley hopes cisgender attendees walk away realizing the “strength, complexity, and beauty of our voices in a context outside of coming out stories and bathroom legislation.”

The Indiegogo campaign runs through Friday – when tickets will officially go on sale for the event. If you can’t make it out to Gender Unbound, you can sponsor a ticket (or several) by donating. Riley also noted that the festival is predominantly advertised by word of mouth, so she invites everyone to stop by and bring a friend. Feeling broke, but want to join? Visit the website for volunteer inquiries.