“When I came to accept myself for who I am, my comedy followed"

Carina Magyar would tell you being a single, working mom in Texas isn't always a walk in the park, but she’s really hitting her stride in the booming Austin comedy scene. As the runner up in this year’s Funniest Person in Austin contest and Live at Coldtowne host, she’s become a comedic city gem with her unique and hilariously relatable jokes. 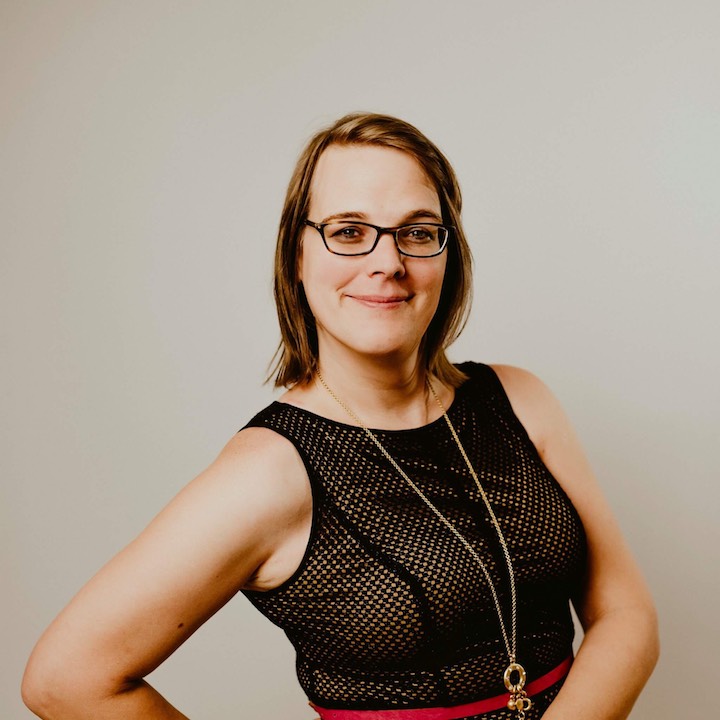 Originally from Denver – and an occasional Chronicle contributor – Magyar believes Austin is a great place to be a trans lesbian comedian. “It’s not just a bunch of straight people who don’t want to kill you,” she said. The city features two monthly all-gay comedy shows with nearly 15 queer comics in rotation – a reality that doesn’t exist in many cities, especially southern cities. “We have great representation. As far as a gay comedy scene goes, we can say that we have one and actually mean it."

Magyar was working the city's stand-up scene prior to her transition, which she began nearly two years ago. Today, she sees a notable, positive, difference in her acts and attributes her success to both being a seasoned comic and her coming out. In fact, Magyar told The Gay Place that comedy actually helped her transition because performing taught her to be vulnerable. “When I finally came to accept myself for who I am and started to present myself for who I am, [my comedy] followed naturally,” she said.

As she and her comedy continue to evolve, Magyar recently retired several jokes from her coming out days because she said they’re no longer met with the same reaction. She explained that many of her older "sex" jokes were “obvious” pleas to the audience to affirm her womanhood. “I didn’t even know I was doing that until I transitioned,” she said. “I tried doing one of those jokes again and it wasn’t funny anymore.”

Of course, some of her older comedy still sticks since many of her jokes are about parenting. Magyar has two children, who she said love having a comedian for a mother. “They get upset when I don’t have a show, and I’m like ‘Don’t shame me for it, geez!’”

An out, queer comic, Magyar's work and transition has been supported by both her family and her fans. She’s popular in queer and non-queer comedy scenes alike, although she said she does notice a difference in the way specific audiences respond to her stand-up. "The things that make an average audience at Cap City laugh tend to be the more obvious sitcom-y things. But, the deeper cuts that an average audience won’t even pay attention to will make a queer audience explode."

Though her comedy isn’t usually political, Lt. Gov. Dan Patrick and Gov. Greg Abbott's continued dedication to create and enact a trans discriminatory bathroom bill has influenced Magyar's most recent routine. "I cannot stop spreading the word about the stupidity and non-validity of bathroom bills, no matter where they crop up,” she said. “I’m not going to stop talking about [these laws] until there are none.” After Patrick announced that passing a “women and children’s privacy act” was one of his major priorities this legislative session, Magyar created a public Google spreadsheet where she’s documented every public bathroom she’s used in Austin. Her findings confirmed what many already know: No one cared about which restroom she entered.

Amidst the GOP’s obsession to strip away the rights of trans and gender nonconforming folks (and other marginalized communities), the Austin comedy scene has become a safe haven for Magyar and other performers. Referring to the solidarity created among comics, Magyar said, "almost every comedian is bringing a new perspective or changing your mind about something. It's a good way to stay open and learn new things about people."