There are many ways to come out of the closet, but our favorite way might be in a drag cosplay suit.

The LGBTQ and gaming communities have long overlapped. The two niche groups share a love for all things geek and gay, which is how Shane Brown developed the idea for HavenCon, Texas’ first LGBTQ inclusive gaming convention, designed for gamers and gaymers.

“I first conceived the idea solidly in 2013, and within nine months we had our first convention,” says Brown. While HavenCon is LGBTQ centered and operated, Brown says that it is a safe space for anyone to come and be themselves. “We have everyone from your clean-cut nerd to your gender-bending, outspoken queer,” says Brown. Sporting a “no-judgment policy” for all attendees, weirdness is welcomed and celebrated. As Brown explains it: Everyone at HavenCon is encouraged “to let their geek and queer flag fly” freely.

In a space curated for inclusivity and diversity, attendees can expect a broad schedule of events. The three days will feature video and board gaming activities, nearly 97 hours of cosplay (including cosplay drag), and 60 hours of scheduled panels covering an array of intersectional topics. With each talk, Brown’s goal is to offer a space for the audience to engage with speakers. “Our panels allow members of our community to come in and talk about the things they’re passionate about,” he explains. Guests of honor include Denise Crosby (Star Trek: The Next Generation); Claudia Christian (Babylon 5); Phil Jimenez, the artist behind Wonder Woman and The Amazing Spider-Man; Alexa Heart, a trans cosplayer who discusses how cosplay helped her transition; and Benjamin Bon Temps, the founder of the Rough Trade Gaming Community – the oldest and largest gaming organization for the LGBTQ community.

In addition to being a gaming convention, HavenCon is also a benefit for queer folk both local and beyond. This year’s fundraising event will feature a raffle with an opportunity for attendees to play a version of $25,000 Pyramid (a TV game show), with the celebrity guests. All raffle proceeds will go to Austin’s local LGBTQ youth center and advocacy organization, Out Youth. “We’re always trying to give back to the community,” Brown says. Additionally, Kathryn Gonzales, Out Youth operations and program director, has joined forces this year with HavenCon as their youth liaison. 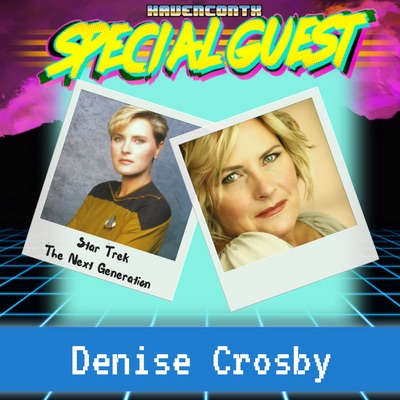 Gonzales has been attending the convention since its inaugural event. As a haven for “LGBTQ geeks across Texas,” she tells the Chronicle, HavenCon is a favorite event of hers. So when Brown reached out about the newly created youth liaison role, Gonzales jumped at the chance. She’ll be the primary point of contact for any youth attending the event and will helm youth-only spaces and discussions. While Gonzales says the number of youth currently attending the event is not as large as she wants it to be, she’s proud of the work Brown has done to make the space and badge pricing more accessible. In hope of increasing youth presence, Out Youth raffled off eight badges last weekend.

But it’s not all fun and games. Brown is dedicated to making HavenCon a safe space. Recurring attendees are likely to notice this year’s increased security – a decision that was made in response to Orlando’s Pulse shooting that killed 49 LGBTQ folks last June. The convention will enforce a strict no-weapons policy, which includes cosplay props. “We don’t want anything that looks like a weapon,” explains Brown. “Cosplayers create such amazing, far-out props, but we really need our people to feel safe.” Having already donated $1,000 to the Pulse Relief Fund, HavenCon created the Pulse Play Space, an arcade dedicated to the Orlando nightclub.

HavenCon returns this weekend at the DoubleTree Hotel located off I-35. Tickets (including three- and one-day passes) and additional information can be found on their website.