This Is (Not) the Gayest Show You’ll Ever See: A Review

There’s something thrilling about watching a space that is typically very straight fill up with people who are very much not straight. Comedy, an area historically dominated by straight white guys, makes such an act especially satisfying. 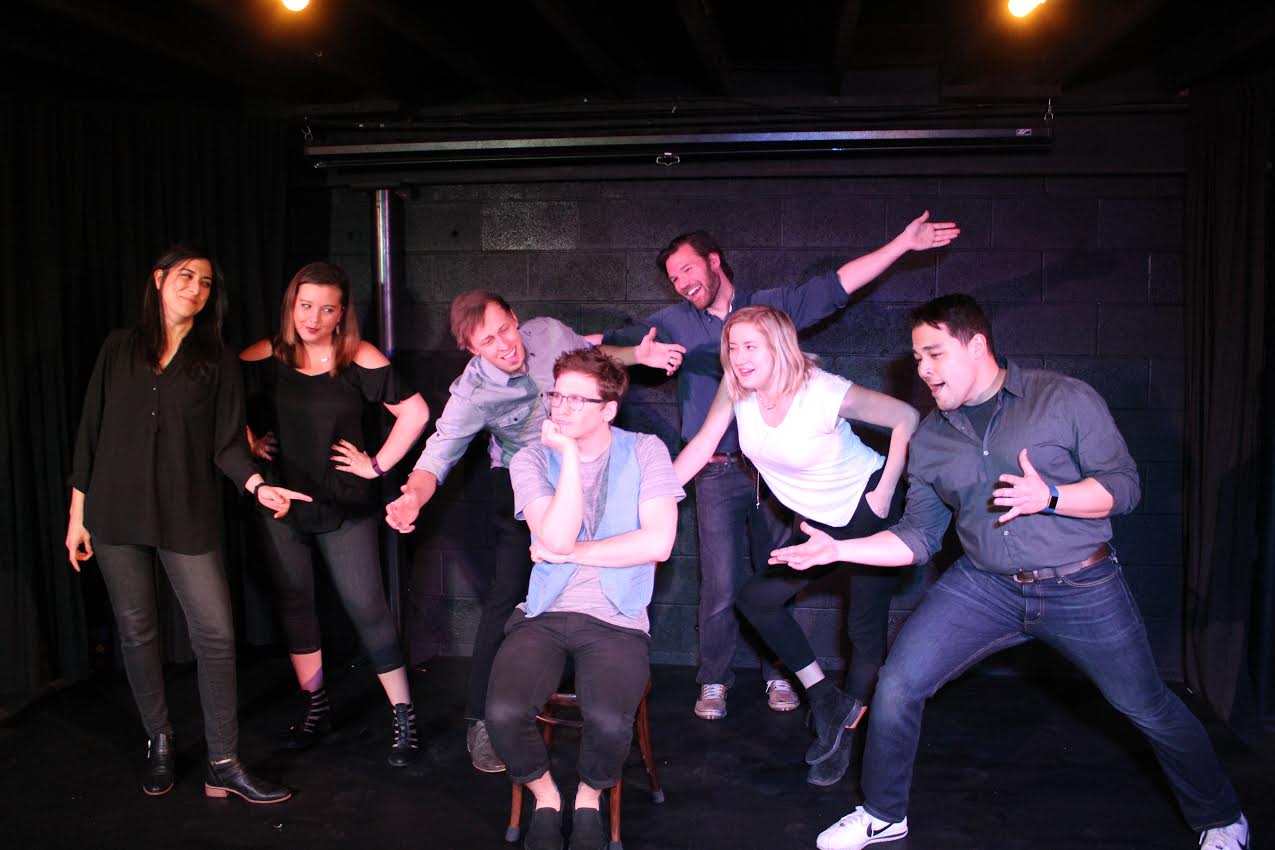 Such was part of the delight in Coldtowne Theater’s Saturday night performance of the sketch comedy This Is (Not) the Gayest Show You’ll Ever See. It played to a sold-out room that was packed with queers as far as the eye could see.

A Coldtowne original written in a time when, as producer and performer Mason Kerwick says, “everyone has days where we feel like we’re walking uphill both ways with only one shoe in a lightning storm with hail,” (Not) the Gayest offers a welcome reprieve.

The show “is inspired by the courage and optimism embodied every day by members of the queer and trans community,” says director Keith Horvath. It packs a lot into a single hour, with topics ranging from a lesbian Nancy Drew to a glimpse into the relationship of the New York Zoo’s gay penguins Roy and Silo (particularly satisfying given Austin Independent School District’s nefarious cancellation of the play And Tango Makes Three back in 2012). Occasionally, it trudges into political territory, seemingly out of obligation and in a manner that’s the weakest part of the show, but it also features some wickedly funny two-liners during scene transitions.

While it may not be the gayest show you’ll ever see, it’s certainly queer. (Not) the Gayest runs every Saturday night through April 29. Tickets are $8 online, or $10 at the ColdTowne Theater door. Shows start at 7pm. 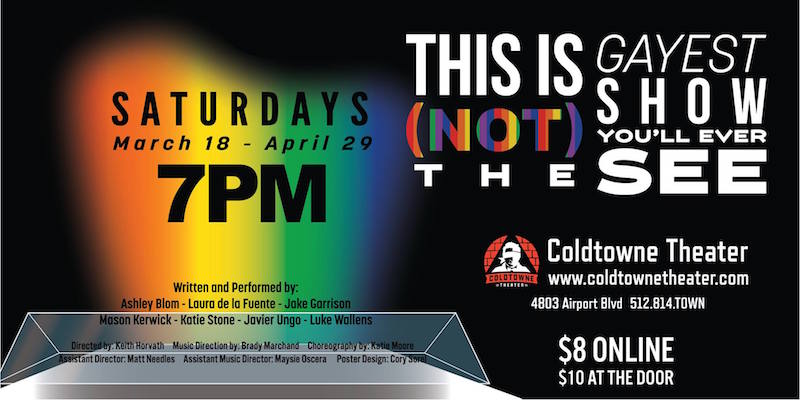