Rotimi Agbabiaka's one-man show on acting while black and queer

“Did you not know that God is a Nigerian drag queen?” Rotimi Agbabiaka said as he emerged from the curtains during his awe-inspiring single-actor play, Type/Caste. His bold solo performance moved a full-house audience to a well-deserved standing ovation Thursday night at the Vortex as part of the 2017 OUTsider Festival. 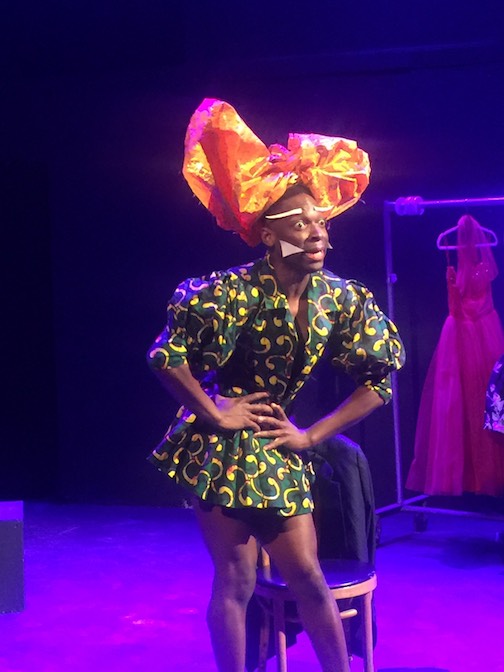 Agbabiaka, who went to the UT-Austin for his undergraduate degree, wrote and performed one of the most innovative contemporary performances of the decade. Not only does Type/Caste exemplify his exceptional capability to play a variety of different characters, it also smoothly blends several genres by incorporating theatrical elements such as musical numbers, dramatic monologues, and comedy.

This incredible one-man, 17-character, multigenre performance illustrates his struggles as a black, queer, immigrant actor fighting for his due recognition in the face of blatant racism and homophobia in the entertainment industry.

“Basically everything in the play is true,” he said in a Q&A after the show. In the show, Agbabiaka gracefully transitions between characters, creating dialogue between himself and the people he’s come in contact with throughout his acting career. He attempts to assert himself as a multifaceted actor during auditions, but is met with narrow roles that reinforce painful stereotypes, forcing him to play only secondary black characters to white leads. The educated black man, the gangster, the servant – Agbabiaka shows that the industry does not see him as an actor, but a “blacktor,” reducing his identity to false, outdated black character archetypes. 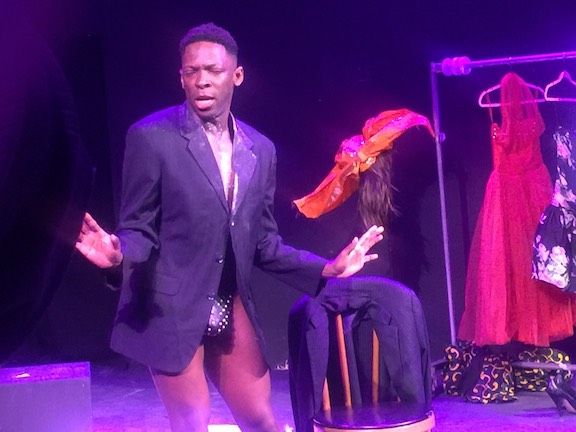 The political messages played out in Type/Caste are intertwined with intimate moments of his personal life, such as coming to understand his sexuality during childhood through wearing his mother’s clothes, and being “pulled out of the closet” by his father. Agbabiaka uniquely articulated the simultaneous hardships of being a gay man from a Christian household in an heteronormative society and being a black man in the white-dominated capitalist system.