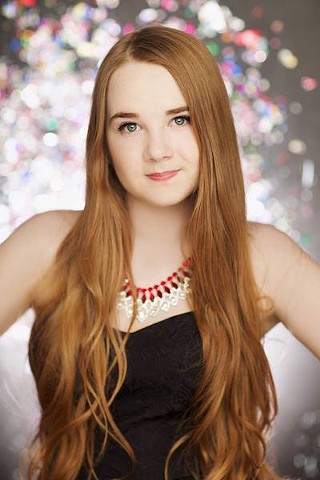 For many people in the queer community, Greek life on college campuses can seem rather frightening. Fraternities and sororities, by tradition, have been built on heteronormative structures and strict gender binary codes.

Gamma Rho Lambda National (GRL) sorority is one of few Greek organizations that is opening the doors to LGBTQ students by welcoming and encouraging folks of any and all sexualities and genders to join.

Established in 2003 at Arizona State University for those who live “alternative lifestyles,” GRL chartered its Tau Chapter at the University of Texas at Austin in the spring of 2016. (Full disclosure: I'm a member of the gamma class of Gamma Rho Lambda Tau Chapter at UT-Austin.)

Lauren Ferguson, the founder of Tau Chapter, created an interest group in 2014 for queer students at UT to create a safe space within Greek life. GRL is UT's first and only all-inclusive sorority focused on the LGBTQ and ally community. The chapter works closely with the university's Gender and Sexuality Center, and includes topics such as intersecting identities, pronoun usage, safe sex, and consent in their educational programming.

Greek organizations often carry a reputation of being unsafe and have many instances of reported sexual assault within their spaces and social events. According to End Rape on Campus, 25% of college sexual assault victims are sorority members, while fraternity men are three times more likely to commit rape. Gamma Rho Lambda attempts to protect members by practicing an absolute no-hazing policy, and seeks to educate other organizations about safety and consent.

Many queer organizations are often tailored to a particular sexuality or gender, whereas Tau Chapter works to include anyone from any part of the LGBTQ+ spectrum. GRL Nationals, however, still denies access to cis-men, regardless of their presence in the LGBTQ+ community.

In GRL's opinion, promoting inclusivity not only combats inter-queer community issues such as bi-phobia, transphobia, and racism, but also educates unwelcoming members of sorority and fraternity life. By integrating itself in Greek life, GRL is getting up-close and personal with people who've likely had less exposure to queer issues.

Outside support for GRL at UT has been overwhelmingly positive. But, because Tau Chapter is relatively young on campus, it's unclear how other Greek organizations feel about a queer sorority.

Current president Katherine Revels said, “I wouldn’t be surprised if a majority of the Greek organizations on campus don’t know we exist or view us as outsiders. We’re working to change that, but the process is slow.”

Revels says that though GRL takes part in many Greek traditions, Tau Chapter has done away with some as well. “This may also influence how we’re seen by other Greek organizations.”

One of the changes that Tau Chapter has made is instituting gender neutral terminology in its constitution and rituals. Gamma Rho Lambda at UT does not employ the typical nomenclature like "big sister" or "sisterhood." Instead, they use "siblinghood" to extend their bonds to non-binary members.

Clare Moore, an associate member of Tau Chapter, says that GRL is allowing the LGBTQ community to create a substantial space in Greek life to benefit from the bonds of siblinghood. "Greek life allows for a lot of important experiences, like creating bonds, connections, and doing community service, which are really amazing opportunities that wouldn't necessarily be accessible to people like me."

Tau Chapter is on its way to being the largest GRL chapter in the nation. Now in its third semester as an official chapter, Tau is seeking to gain new philanthropy opportunities by fundraising for certain LGBTQ organizations in Austin. Gamma Rho Lambda Nationals awarded Ferguson Founder of the Year, and Tau Chapter received Colony of the Year and Outstanding Fellowship in the spring of 2016.