Breaking Down Barriers and Building Community With Impulse Austin

Terese Rusher believes in karma – the idea that putting out good energy into the world will bring good energy back. It’s the foundation behind “what goes around, comes around,” and Rusher wants to make her go-round a safe and thriving space for Austin’s queer community. 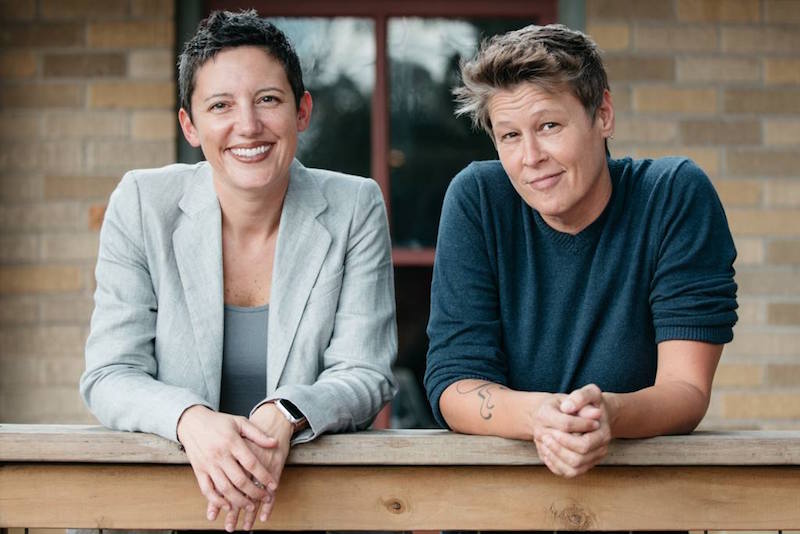 Leslie A. Klatt and Terese Rusher (Photo by Lisa Hause)

This Sunday, her “grassroots business directory,” Impulse Austin, will host its first-ever event. Karma Werqs is a queer networking-meets-market experience bent on uniting local business owners, artisans, organizers, and talent. “The reason Impulse Austin was created and why I call it grassroots is because I believe this is a way for our community to heal, grow, and create change,” says Rusher.

Though the planning for Karma Werqs started well before Trump’s terrifying election night win, his looming presidency has increased the need for community-building events. “In our current political climate community is more important than ever,” says Rusher. “I foresee possible funding cuts to organizations that help the LGBTQ community and one way to prepare for that is to increase our support of [queer] businesses, performing arts, and artists.”

With more than 30 local organizations and businesses tabling the event and an array of local artists showcasing (and selling) their wares, North Door is set to be more than just a safe space for networking but a thriving display of Austin’s queer talent. In addition, 12 scheduled performers – including Julie Nolen, DJ GirlFriend, Tina She, and Alexander the Great – are scheduled to round out the five hours of festivities.

Impulse Austin has 18 brand ambassadors who’ve volunteered their help, and sponsors include local High Brew Coffee, Equality Vodka (a liquor company that donates 20% of its profits to LGBTQ nonprofits), and Joe's Crab Shack. Leslie A. Klatt, owner of 512 City Design and Marketing, is another supporter and – according to Rusher – an integral force behind Sunday’s event.

Rusher, who works in healthcare and radiology in her daytime hours, has been throwing events since the “Lipstick 24 days,” (a lesbian-skewed nightclub that opened in the late Aughts and closed permanently in 2013). At her first organizing gig, Rusher helped raise $1,200 for Austin Pets Alive! She’s been attending and planning LGBTQ events, specifically those with a do-gooder aspect built in, ever since.

“Karma Werqs allows people of the community and allies to help inspire each other by finding common goals in a safe place,” says Rusher. “We are creating a space that can assist in breaking down barriers.”