East Austin Studio Tour (aka EAST, happening Nov. 12-20) gets a little more queer this year at stop 22. KC Crow Maddux's solo show "Post-Human Animal Instinct/I wanna melt your gender hairs" is up at Erica Nix’s workout studio, Transform, and it's serving up some major opportunities for reflection on self and society.

Maddux came to Austin by way of the Kansas City Art Institute. After graduating from the University of Texas in 2012 with a Master of Fine Arts in painting, Maddux moved to New York, where his work has continued on a path of transformation. 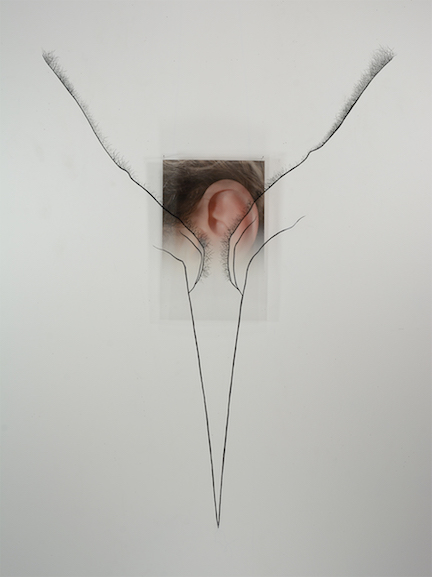 “Coming to Austin, I had this rigid structure of how I was working formally,” Maddux says. “Coming into school, I got really shaken up and then I transitioned – whatever that means – while I was in Austin. That experience kind of implies that there are bookends on it, which is weird. I started working on this gender issue while I was down here, and so it was a really transformative time for me. I definitely left Austin with the world looking a bit more wide-open than when I came into it."

The title for his current show stems from the belief in the innate human ability to impact the world around us. Being trans, Maddux juggles the idea of how that affects not only the planet, but self, society, and culture as well.

“I have a body that I designed to a certain extent – not that dissimilar to the idea that we are entering an era where the climate and everything has been redesigned by humans,” Maddux says. “People gender their own bodies by the way that they dress and groom. There are, of course, physical differences, but I’m interested in what the difference is between a physical characteristic, a physical instinct, an emotional projection, an idea, a concept – how all those things line up and are projected on people’s bodies. Something being normalized makes something look like it was natural when really it was a preference all along.”

While his artwork does circulate around gender, Maddux wants his audience to know that it doesn’t stop there. “There is a hope that the people can relate to this figure at a deep level,” Maddux explains. “I leave these pieces open. Hopefully, people coming in can see themselves in them.” 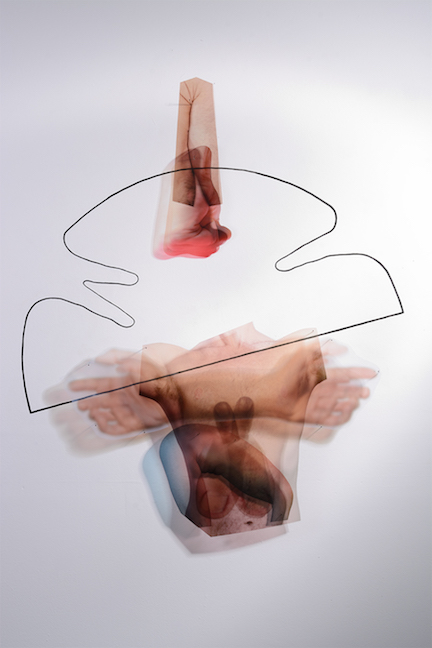 Maddux's work is displayed through a combination of acrylic paint applied directly to the wall with cream and blue transparencies layered, floating off the wall by way of taxidermy nails. The color shifts create a change in reality, and the photo collage effect nods again to the idea of perspective and humanity’s evolving structure.

According to the artist, each viewer’s experience is both different and valuable. Their viewpoint is key in this show and all of Maddux’s work. “It’s all speaking to the idea of projections on each other and we can never really access the truth of each other,” Maddux states. “It’s a moment of that.”

In addition, Nix will lead daily workout tours to each queer artist studio along EAST, and back at the gym, live performances will happen each day at 1:30pm. Look for Adrienne Anemone (Sat.), the Mimi's (Sun.), and Queer Mountain on Nov. 19. 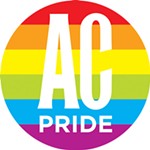