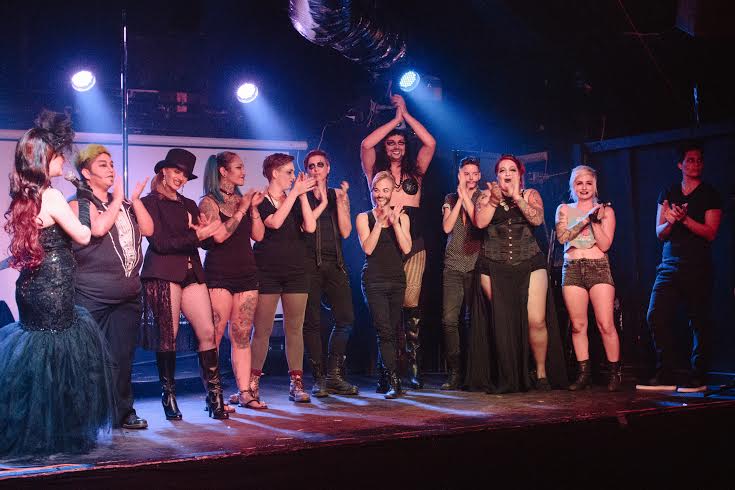 This month's cast of Boiz of Austin (Photo by Patrick Rusk)

Impressive in its own right, Gemmi managed to keep the crowd from playing Pokémon Go.

First king Papi Churro’s radioactive hair drew in the crowd, while his small round sunglasses promoted mystery. Later, he gave out sugar kisses. 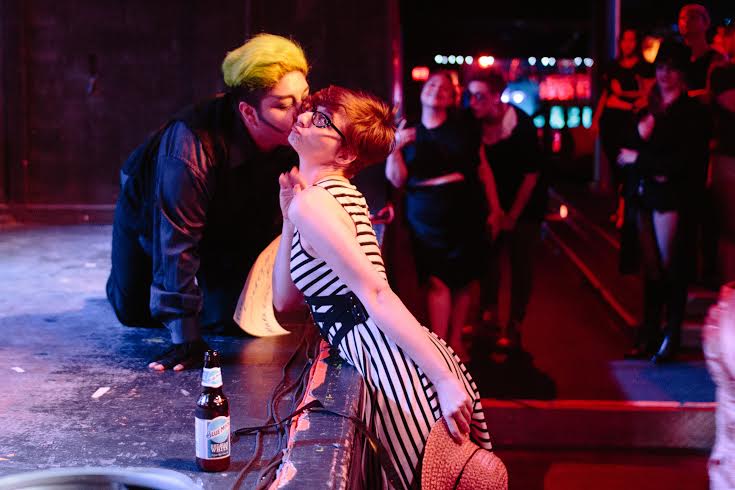 The crowd was electrified by the debut of Alice Cooter, who accepted his first drag king dollars and elicited a groupie-style boob flash. As sexy-sneery as his first performance was, fans may soon be tipping him with lacy undergarments.

Similarly magnetic was guest king Dandy Velour. Equal parts Lux Interior and dangerous house cat, one can imagine the tickle of his whiskers as he does the Ultra Twist with a mouse in his teeth.

With a more serious offering, Slik Nik’s powerful final act about gender transformation was extremely well received. And, it should be noted, his cheek bones are absurdly handsome.

Yet, the most polished performance was delivered by Alexander the Great, a Boiz co-producer and an aerial/burlesque festival competitor. Standing on the edge of the stage, his eyebrows foreshadowed thrills to come. He then challenged laws of physics with a hammock and made black holes appear enticing: Hangs, drops, and an infinite spin were executed precisely. 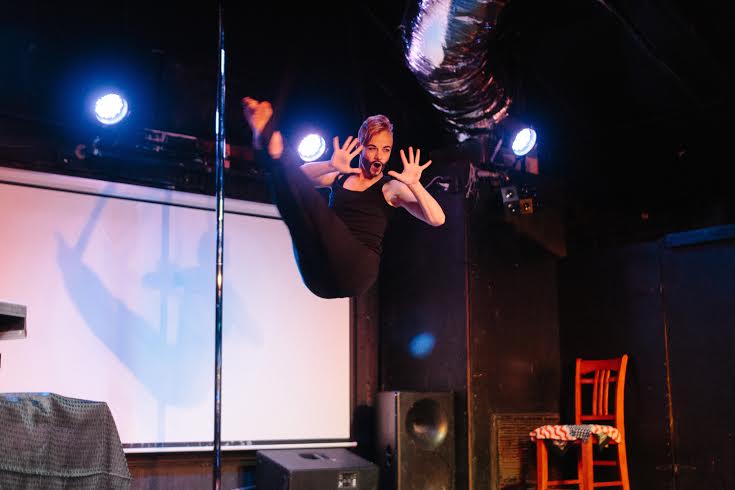 In addition to the drag, two pole performers stunned the audience. Shelbi Aiona (Vamps Dance Studio) smoked the stage literally and figuratively and showcased powerful legs with measured movement. Zoja Ülesoo, producer and performer of Boner Bizarre, is either “proud to be an American” or she wants us all to burn in a terrible bonfire – probably the latter. Another solid element of the show was burlesque artist Electra Mourning’s spoken word piece about her first fetish show.

Boiz of Austin’s co-producers Kitty Sangria and Mad Max Morrison ran the program but did not perform. Luckily, there’s next time. These Boiz will continue to present all manner of queer-identified performance artists, so save those tipping dollars for the second Tuesday of the each month. Catch the next show August 9 at Elysium.