Fab queer events to prepare for this summer

Gay, by definition, means to be happy. That means even though we are saddened and rocked by the recent events in Florida, they will never be able to take away who we are. Right now we must stand strong and show haters that they can shake us, but they will never break us. We, by design, are happy, and will continue to spread that love until there is nothing else.

With that said, here are some fabulous summer events to attend that prove they will never take away our moxie. 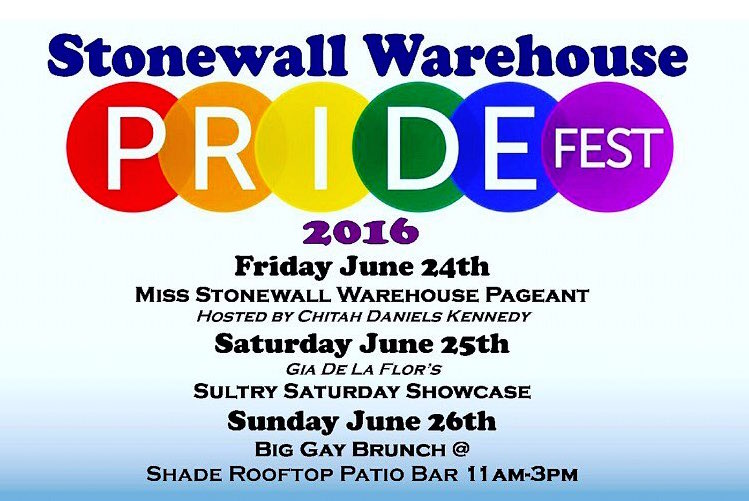 PrideFest SMTX – June 24-26 – Drive down to San Marcos for three days of events bursting at the seams with pride. The weekend kicks off Friday at 9pm with the inaugural Miss Stonewall Warehouse Pageant hosted by the eternally fabulous Chitah Daniels Kennedy. These queens are ready to fight tooth and acrylic press-on nail for the crown and are leaving it all on the stage. If you’re not gagging from the pure elegance of the pageant, Gia de la Flor will get you all hot and bothered (especially in this Texas heat) with her Sultry Saturday Showcase starting at 11pm. The queens will slow it down and spice it up for the audience leaving them parched and begging for more. Lucky for you, there will be plenty of opportunities to quench that thirst on Sunday with the Big Gay Brunch kicking off the close of the festivities at Shade Rooftop Bar from 11am to 3pm. If you’re still feeling thirsty, Chitah Daniels Kennedy will host a wet boxer contest at 11pm back at Stonewall Warehouse where contestants and audience members can strip it down and get wet in more ways than one.

Drag at the Drive-In – July 2 – Perfect idea for that Tinder date, Austin International Drag Foundation will be screening the classic comedy The Birdcage at the Blue Starlite Drive-In. Gates open at 6:30pm with a drag show at 7:30 and the movie at 8:30pm. Swipe right, grab some popcorn, and enjoy the show. Queer Queens of Qomedy – July 12 – Highland Lounge will be receiving the royal treatment when Queens of comedy Poppy Champlin, Sandra Valls, Mimi Gonzalez, and Crist Guzman take the stage for a night of laughs fit for a king. This highly sought-after show will leave your sides split and your stomachs sore, because these queens are experts in the art of slaying. Boasting 11 years of traveling and multiple comedy specials among the bunch, you’ll be bowing down at the end of the night shouting "yas queen!" Get your tickets here, and long live the queens!

HER HRC Casino Royale – July 16 – Ask for it shaken, not stirred, when you attend HRC Austin’s casino night at Clearport ATX. Together with Lesbutante and the Boss, the night will be filled with high stakes, blackjack, and burlesque. Bust out the gowns and bow ties for a night of drinking and gambling in support of the largest LGBTQIA organization.

Disco Ball – July 17 – Catch Saturday (actually Sunday) Night Fever with Austin PrEP Access Project at their first-ever Disco Ball held at Mercury Hall. DJ Roland Belmares will be setting the mood and taking you to Electric Avenue while raising awareness for HIV prevention. Shake your groove thing in some platform pumps while sipping on some sweets drinks, and get schooled on how to help bring an end to HIV.

Tube & Lube Texas 2016 – July 29-July 31 – Pitch a tent, and then pitch a tent (wink, wink) at the only LGBT camping adventure held in Springwood. The mosquitoes won’t be the only things biting during this three-day weekend filled with booze (sponsored by Alamo Beer), boys and girls, and debauchery. Things will get in(tents).

If no other events make you feel hot and bothered this summer, PRIDE will make you break a sweat. You’ll be fanning yourself like a woman in church while scantily clad men and women with body glitter traipse around Downtown Austin.

Austin PRIDE – August 25-28 – Designs from past Project Runway contestants, RuPaul’s Drag Race winner Bianca Del Rio, and RuPaul’s All Star winner Chad Michaels, along with the sexiest models Austin and the surrounding areas has to offer, will command the runway in the fourth annual WERK fashion show that officially kicks off Austin’s PRIDE festivities. Held at ACL Live on August 20, doors open at 7pm and the show starts at 8pm. Following the fashion show will be the mac daddy of all events, the festival and the parade. Don your gayest apparel and head out to the Fiesta Gardens starting at 11am where dozens of vendors and nonprofit organizations will be waiting to celebrate. Two stages with a lineup of amazing entertainers and pop culture icons will keep you busy, and the realness will be sickening. End the evening with the ultimate PRIDE event: the parade. Starting at 8pm from the Capitol and ending at Republic Square Park, the parade will be jam-packed with queens, barely dressed men, and more eye candy than your rainbow-striped heart can handle. For more information and ticket purchase, visit their website.

Of course, this is only a short list of some extra-gay recommended events for the coming months. For a complete list of festivities and activities visit Austin Chronicle’s The Gay Place. 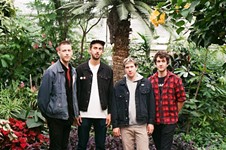