Artist Drew Riley on the power of Transgender Day of Visibility

Local artist Drew Riley – known for her Gender Portraits series – is one of two activists speaking at Thursday’s International Transgender Day of Visibility event at Texas State University. Celebrated throughout the world on March 31, TDoV rejoices in the lives and accomplishments of trans folks everywhere.

But more than that, it’s a day of action and activism – a way to demand visibility, voice, and equality. In honor of the annual Day of Visibility, Riley offered her thoughts on why this holiday is so damn important. Visibility and representation is perhaps the most vitally important thing to a marginalized group of people because representation lets members of that minority feel less isolated and more normalized. And for a highly stigmatized group, like transgender people, visibility illuminates and normalizes them to the rest of the world. Visibility births education, and education births empathy. And that potential for empathy from cisgender people toward transgender people through the Transgender Day of Visibility has the potential to reduce the need for the Transgender Day of Remembrance, later in the year.

I was dissatisfied with my gender ever since I was old enough to grasp the differences in gender, but I only understand that as a result of retrospection. Back then, everything I was taught about gender was binary and immutable. Any feelings I had to the contrary were simply wrong. I didn't have the language or concepts to think any other way. As I grew, so did my social training to fit into gender roles. TV told me that crossdressers were a joke – were crazy. Tabloid talk shows, like Jerry Springer, taught me that transsexuals were freaks to be gawked at. I had no reason to think that these messages were wrong. I didn't even hear the word transgender until I was in my twenties. And everything I had been taught about gender – my entire life – was unified and consistent. From science class to the playground, the picture was clear, and so I spent 22 years of my life denying, hiding, fighting, and hating a huge part of myself. If, from the beginning of my life, I had been given the language and representation necessary to understand who I was, what people like me could be, I wouldn’t have lived through two decades of repression. I wouldn’t have thought that I had to make a choice between being respected and successful or being me. I’m not saying my life would have been easy. I still would’ve been a minority in a society that others people. But I would have had the understanding and confidence needed to demand my truth for myself.

What amazed me the most about coming out as trans was how often people started coming out to me about themselves, their partners, their family.

“My boyfriend likes to wear dresses and skirts, but I’ve never been able to talk to anyone about it because it’s a secret.”

“I’ve always been drawn to makeup, but please don’t tell anyone, if they ever found out...”

This whole time I had felt alone, isolated, yet there was an entire world of people going through the same thing around me. If this whole time we’d all been talking to each other, talking to the world, how different would it be? Instead, everyone was staying hidden because they didn’t feel safe. And nobody felt safe because everyone was hiding. 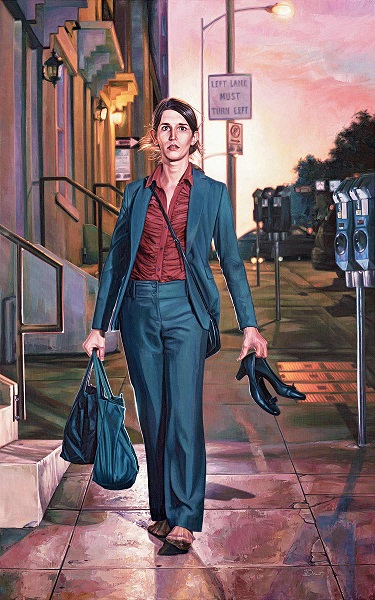 Having a Transgender Day of Visibility actually gives people an excuse to be more visible. We often need an excuse when staring down a scary decision like coming out to our friends and family. It's way too easy to put off being vulnerable until tomorrow. But when there is a day set aside for trans people everywhere to be loud and proud, it can make someone think, "Maybe this is the day. This could be my chance." That person might even see one of their friends supporting a different visible trans person in celebration of the day, and that could give them the confidence [to come out]. At the very least, the holiday is a good conversation starter.

But what I think is more important than the holiday itself, is the fact that it’s finally being covered in a more mainstream way. There were visible trans people when I grew up. There were activists and artists and communities waiting to be found. But they were hidden in the shadows by a world that didn't want to give them light. Finally these stories are able to reach people in a really significant, effective way. All the people who have been screaming into the world that they are here and worth something finally have an audience. I'm excited about what the world will look like for the children who grow up in this time. I don't think I've ever met a trans person who grew up with a knowledge of the gender spectrum, gender theory, and non-exploitative trans role models. I'd like to meet that person. I'd like to meet a generation of those people. They could probably teach me a thing or two. 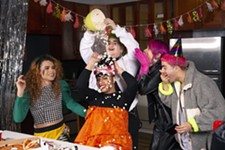