The state of Queerbomb 2016 and beyond after Saturday's meeting

On the heels of GayBiGayGay’s indefinite hiatus, rumors spread quickly that Queerbomb 2016 would go the same way. Just a week ago, however, Queerbombers announced that – despite concerned whispers – the festival and march would in fact happen this June.

The group held a gathering Saturday to discuss logistics and to begin the process of handing over the QB torch. According to organizer, Paul Soileau, 50 or so queers attended the two-hour long meetup. Addressing three core issues – funds, relevancy, and new organizers – Soileau reports it was a “fantastic meeting!”

Queerbomb began seven years ago when a group of local queer activists and artists (including Soileau) became dissatisfied with Austin Pride. The organizers stated in the meeting notes: “It was a gathering to deal with how Pride was functioning – why it cost so much, that it’s corporately controlled, and also [Pride’s] selectiveness in terms of how our community was presented. Different groups were told how they had to look and act. [Queerbomb] was intended to be an alternative to that, to give folks a free space to express themselves however they wanted.”

“The first year [of Queerbomb] had great turnout and a strong sense of community. The first three years were about working against politics of mainstream Pride and providing an alternative community space. However, Pride has improved. They are now more inclusive, although they are still not free." Organizers asked the crowd, "Is QB still relevant?”

Overwhelming response was yes, not only is the alt-pride event relevant but crucial to Austin’s queer community. “I think about all the 12 and 13 year olds who are so excited to have a space where they can be themselves,” said one supporter. “They still need this space, especially those from small towns.”

“It’s the freedom element that I enjoy,” announced another. “I’m here because there’s a decrease in these types of events, and I want to make sure [Queerbomb] happens.”

However, seven years is a long time for a group of individuals with day jobs and other endeavors to create such a massive event. With responsibilities including fundraising, securing venues and permits, recruiting volunteers, and smaller behind-the-scenes tasks (website maintenance, emails, securing pedicabs, etc.), throwing Queerbomb not only takes money, but time. “The problem is that interest in QB has been increasing, but the availability of the core organizers has been decreasing. We need new blood to help fill this gap and to keep Queerbomb going strong. To be clear, we don’t just need your help, we need you to take over,” announced the OG organizers. 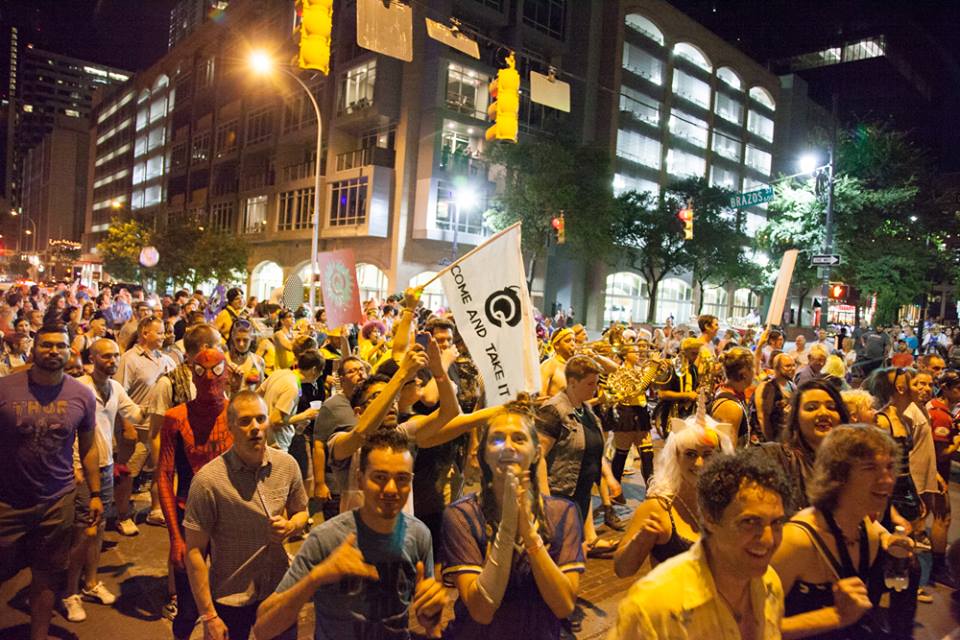 “They were very upfront about what it takes to put the event on and how costs have increased with the increased number of attendees,” meeting attendee Jenni Jones later told the Gay Place. In fact, the breakdown of money is made very transparent in the meeting notes. Last year’s Queerbomb cost $9,000 when all was said and done with permits, insurance, banners, and the rest. However, 2014’s cost just $6,000, and several years back it only cost $4,000.

“Prices are going up,” said QB treasurer PJ Raval. “The city is charging more for permits.” This year’s money will hopefully come from a soon-to-launch Indiegogo campaign. Additionally, organizers hope to work with multiple smaller events between now and then for fundraising parties.

“There was real discussion about whether or not it should continue,” added Jones. “When it was decided that it was meaningful to people for varying reasons, they asked people to take part, not just for this year, but so the core organizers could relinquish the responsibility.”

Queerbomb will continue. As hoped for, they have broken into several committees – with new and experienced members “so knowledge can be passed along, and new folks can get the preparation they need to take over.” Each committee will meet on their own time and then heads will update one another on their progress.

“The current QB team is really excited to start expanding all responsibilities to people in the community who are interested and energized,” says Soileau. “There will be another meeting at the end of April, which will be announced soon for all to attend. Good days ahead!”

Queerbomb 2016 will take place on June 4 at Fair Market. Stay tuned for more ways you can lend a hand to keep it alive! 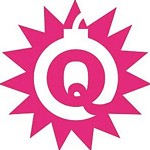 Give Back to Queerbomb
Queerbomb 2013 seeks the community it creates

Lovebomb Goes Off Tonight
Dance your precious bodily fluids away in the name of Queerbomb.