10am today marks the official start of Austin’s first queer hip-hop festival. Aiming to be the largest festival of its kind, Pink Elephant will feature more than two dozen artists, DJs, and producers of the LGBTQIA persuasion. 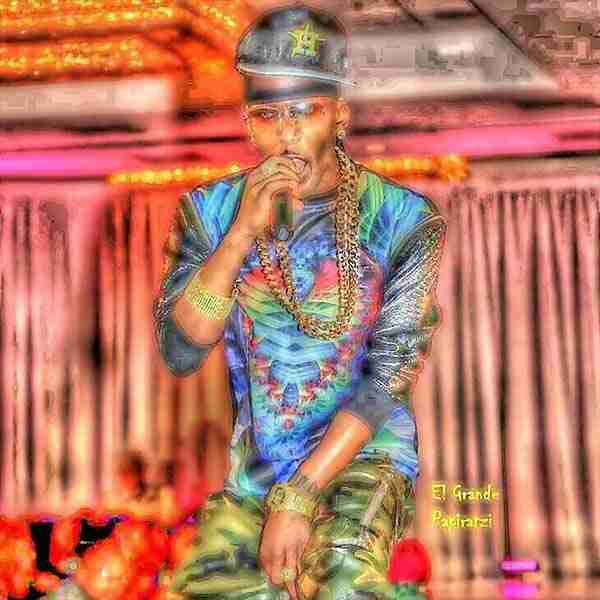 It’s true, the two-day long music festival is scheduled to end the day before SXSW. And that’s not coincidence. The dates were specifically chosen as part of the organizers’ vision “to organize and become the first SXSW LGBTQ Hip Hop Music Festival featuring the most dynamic and electrifying LGBTQ performers in the world,” states the website.

“Pink Elephant is a project spearheaded by two queer emcees [Tim’m West and Japan] who wanted to regenerate a queer hip hop movement,” says organizing committee member, Ang Garcia. Garcia – who DJs under the name Ang G – will both perform and sit on one of the several panels during the festival. “There has been prior efforts such as Phat Family, GayHipHop.com, and the Peace Out Festivals to give visibility to queer hip hop artists. But, in just a decade, the movement has dwindled.” 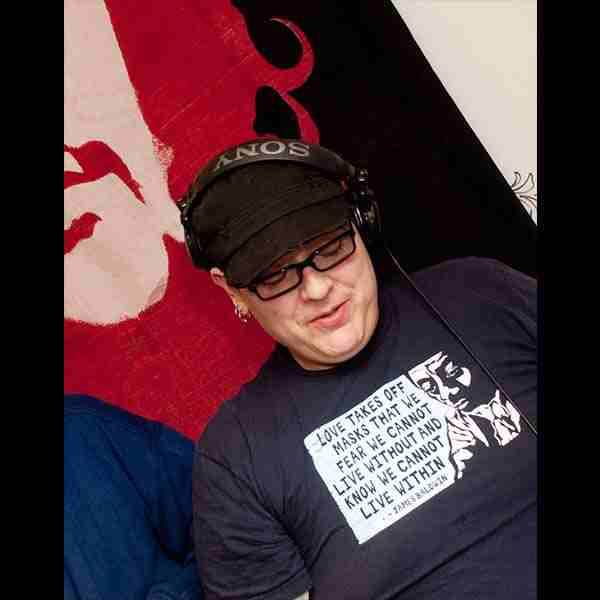 West, whose titles consist of teacher, performance artist, author, and culture producer, has been shaping the scene for QPOC hip hop artists since the late nineties. In 2004 he started Front Porch, a spoken word, soul, and hip hop series that has helped numerous musicians and poets from all over the country grow their careers. West will be performing Thursday night at 7:40.

Founding member of “homo hop” group, The Qure, Japan, has focused a large chunk of his career on improving the lives of HIV positive individuals. He’s worked with The AIDS Foundation Houston as well as the Houston Health Department to help get people tested. When he’s not fighting to end the stigma, Japan also works with LGBTQ youth. Catch Japan onstage Thursday night at 10:20.

While the music showcases will happen when the sunsets (7pm til 10:20 when the afterparties start), the two days will consist of panels, film screenings, and a town hall discussion on the state of the LGBTQ hip hop community. “Furthermore, there will be local vendors selling art, jewelry, clothing, and food; plus a live art performance,” adds Garcia.

Presented by allgo, the statewide nonprofit that fights to “create and sustain queer people of color activists, groups, organizations, and allies through artistic expression,” and happening at Austin’s historic Victory Grill, Pink Elephant is aiming to do more than just create a music festival. They’re demanding visibility and acknowledgement of hip hop’s continuously growing (out and) queer fraction. “The hopes are to renew the sense of community among LGBTQ hip hop artists that has, over the past decade, faded. There’s also aspirations to produce a documentary, launch a website, and set the foundation for an annual Pink Elephant Award ceremony,” explains Garcia. 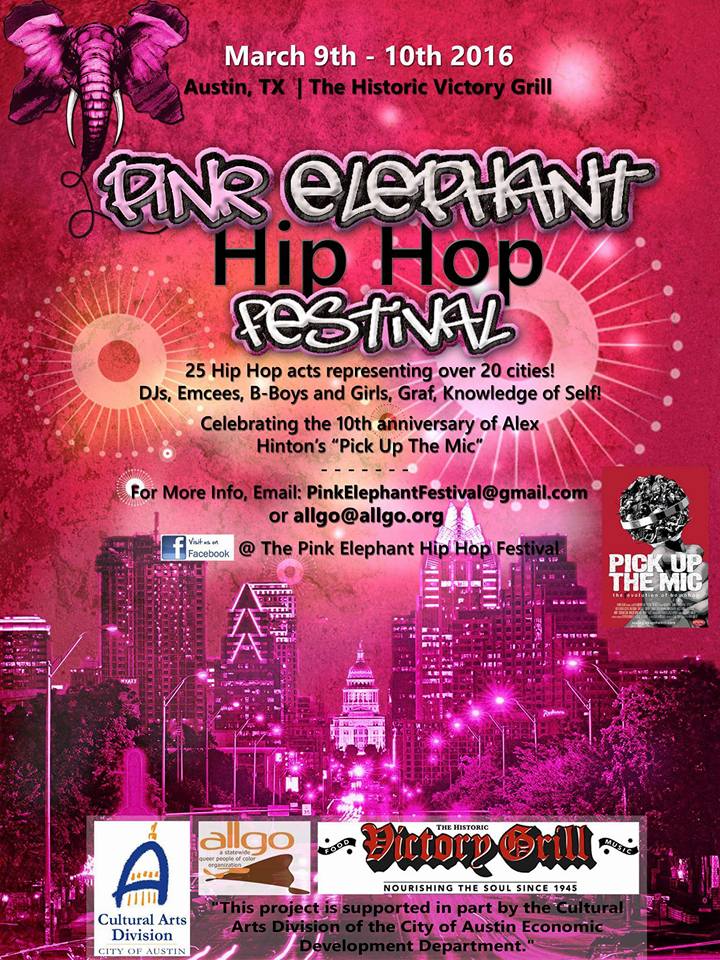 “LGBTQ communities are so marginalized and especially in the hip hop community. This is an effort to reestablish a community that has morphed, grown, reinvented itself and to make it a subject/cause that deserves to be on the front line.”