OUTsider returns with Sex in Public, and we're ready to voyeur

Sex. I like sex. There's nothing about sex I don't like. For some, sex is private; for others, public. For this second year of OUTsider Festival, sex will be very public. Kicking off tonight and stretching over the next five days, this LGBTQIA art and film festival is about to knock some boots and inspire some desire. 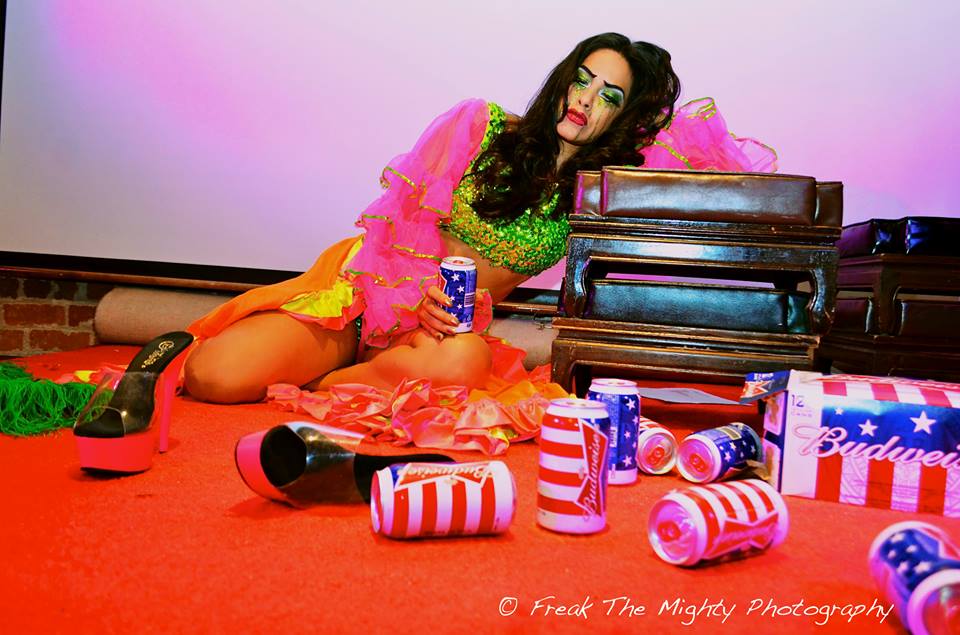 There’s a chance you've heard of OUTsider Fest, but had a moment of head-scratching inquiry: “What is it?” Fortunately, I had a chance to sit down with co-founder and Artistic Director Curran Nault, to talk about the upcoming festivities. And whoa, y'all, there's a lot.

“Our theme this year is 'Sex in Public.' It's going to be a lot dirtier than last year,” says Nault. Opening the festival is Xandra Ibarra, aka, La Chica Boom, a queer Latina artist known for her “mexi-sexy” elevated performance art burlesque she likes to call "spictacles." Based out of Oakland, Ibarra says she “can't wait to meet some Texan queers. I am also looking forward to wearing a ton of lipstick while eating barbecue.”

From the moment I met Nault, I could tell he's a nice guy. Of course, he has to be nice because he actually invited the entirety of OUTsider festivalgoers to Conference on the Couch. Nault says he wanted to “play with the rules of making a festival conference more accessible outside of the [usual] academic settings,” and what better way to do that than to have the conference “on my actual couch.” Last year's conference provided a packed house, which Nault says helps “bring an old-school intimate level of community. As queers, that feels harder and harder. We have gay bars [and] we're more dispersed.” 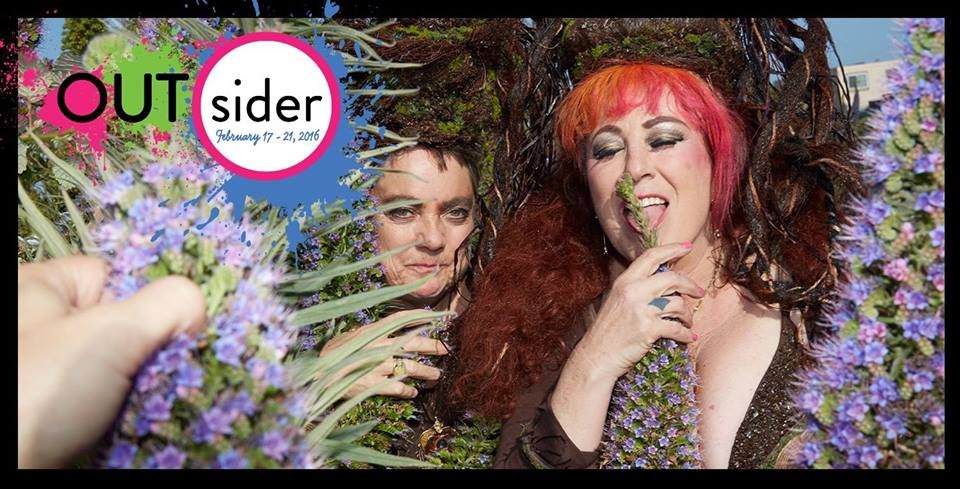 Nault grew up in a small town in Massachusetts with nary a queer in sight, but late at night on HBO a show called Real Sex would reveal the ways (and gays) of the world. On said show, a segment would feature the now infamous “ecosexual” feminist, former porn star, and current sex educator Annie Sprinkle. “An icon of mine for so long,” Nault says he is most excited to see, hear, and interact with Sprinkle, who also happens to be receiving OUTsider's Legacy Award alongside “eco-sex” artist Beth Stevens on Friday. The following day, Sprinkles and Stevens will give an “eco-sex walking tour,” which, at its core, is about environmental activism and “loving nature.” The dynamic duo have been known to host wedding ceremonies with said Nature. So one could possibly end up married to a log.

One of the many great things about OUTsider is that it’s impressively diverse. Nao Bustamante, a queer Chicana multimedia and performance artist, is bringing her own brand of “sci-fi esque” art that incorporates her dog, Fu Fu, as well as ethnicity, gender, class, and the body. Appearing, too, is Star Amerasu, a trans spoken-word poet famous for her unique lyrical stylings. Local trans non-binary artist Drew Riley will also be in attendance with her Gender Portraits, which are both stunning and a comforting way of celebrating gender diversity in all of its unique human forms.

But, a festival wouldn't be a party without those late night shenanigans to keep the queers on their feet. Word is Shaboom! will be the official afterparty for OUTsider both Friday and Saturday nights at that warehouse off Springdale none of us are allowed to mention on the Internet. Open to the public, Shaboom! sounds like quite the boom, indeed. OUTsider's theme is Sex in Public lest we forget. Creators of Shaboom! Paul Solieau, Silky Shoemaker, and Lex Vaughn promise a wild and intriguing time. “Vaudeville clown sex party” is the loose-fitting theme with visual inspiration from Mortville of John Waters' Desperate Living, Kenneth Anger’s early gay erotica films, David Lynch films, Pee-wee's Playhouse, as well as some vaudeville and cabaret. The atmosphere is meant to feel surreal, unexplainable, intimate, secret, stupid, and surprising. I hear there's even going to be a glory hole wall.

Before Nault and I wrapped up, I ask him to describe OUTsider Festival to someone who has never heard of it. “OUTsider,” says Nault, “is a space for people to explore art forms that they never experienced before. And a space for everyone to be appreciated for who they are.” Sounds like we've got some exploring to do, folks. Happy festing! 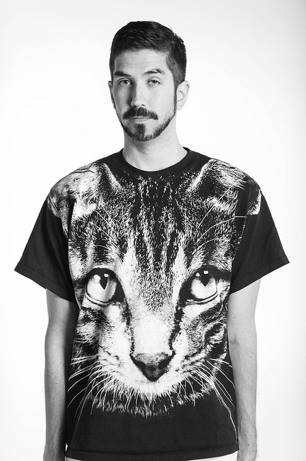 OUTsider runs Feb. 17-21 at various venues around town. For more info, and to purchase a badge, see www.outsiderfest.org. 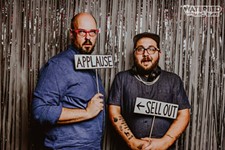