In the wake of HERO's overturn, Houston's vulnerable left vulnerable 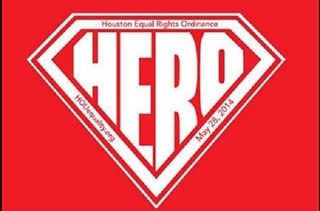 "It was about protecting our grandmoms," said Lt. Governor Dan Patrick on the overturning of Proposition 1, Houston's Equal Rights Ordinance (HERO) last night, "our mothers and our wives, and our sisters, and our daughters, and our granddaughters." And although 61% of Houstonians voted in agreement, those words could not be more misleading.

Patrick's words were just the final note of a sustained and truculent campaign waged by those against HERO. Opponents' talking points flattened out the impact of the ordinance that would protect 15 classes of folks to one single seemingly terrifying specter: boys in the girls bathrooms. That's right: In Houston "playground politics" is no mere metaphor for the political entanglements of the adult world, but simply an extension of the juvenile one.

Let's put aside, for one moment, the gross key-holing tactics of anti-HERO folks and dispel one pervasive myth right away.

Although 13 of the 15 proposed protected classes in HERO are already protected under Federal law (sex, race, color, ethnicity, national origin, age, religion, disability, pregnancy, genetic information, family, marital, or military status; gender identity and sexual orientation are not), it doesn't mean that folks who are discriminated against under those circumstances have immediate or easy access to recourse. Federal Courts are already inundated with civil suits, leading to long waits for claimants.

Proposition 1, as has been detailed elsewhere, was initially passed by Houston's City Council by a wide margin (11-6), and then challenged by opponents in the Texas Supreme Court, who told the City of Houston to scrap the law or put it up for a public vote. City officials chose the latter. And Houstonians chose to defeat the ordinance.

The success of the anti-HERO campaign was largely predicated on depicting the benefits of the law as almost solely extending to white male rapists looking for an excuse to enter women's restrooms to assault young girls. It's not more complicated than that, as this ad makes clear. Clearly the ad and anti-HERO campaign posters reading "NO Men in Women's Bathrooms" play on the fears of those who seek to protect what they consider to be a vulnerable population: young girls (who, ironically, were actually to be protected via age, sex, and gender classes in the ordinance). And it is media outlets heeled on a notion of false balance who are, in part, to blame for presenting this argument as anything other than trumped up hysteria, anything other than the latest in a long and all-too-predictable march of moral and sex panics in this country.

Opponents arguments rested on a basic and inhumane understanding of what a trans person's experience is likely to be. The "NO Men in Women's Restrooms" campaigns link transgender folks inexorably with sexual misconduct: rape, assault, pedophilia. This is a reversal of the actual situation on the ground for transgender people. A 2013 report found that transgender folks, especially transgender folks of color, were most impacted by violence (sexual or otherwise) in LGBTQ communities. The scenario with the little girl in the restroom, preyed upon by a jeans-wearing assailant is a canard - rape and assault are still criminal activities regardless of where, or to whom they occur.

(For any who are interested, this 2015 report from the Movement Enhancement Project (MAP), the National Center for Transgender Equality, the Transgender Law Center, and GLAAD provides clearer understanding as to what a trans person's experience in this country is likely to be.)

HERO encompassed a much larger scope than gender identity and sexual orientation – and its termination will cause effects that will be felt in the domains of Houston housing, employment, medicine, public and state services, and many other places. Last night Houstonians deemed that it's okay to be fired if you're pregnant, or just simply a woman; it's fine to be evicted because you're just too damn old; and it's peachy to be denied services and public assistance for being brown or black.

For those, like myself, who call Houston home, it's surprisingly easy to understand how people were swayed by the bathroom panic illogic of the anti-HERO campaign. But now it's difficult to imagine staying in a place so openly hostile to our most basic selves. 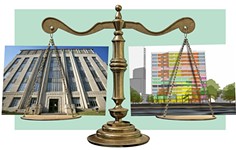 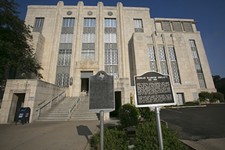 OUTside In
It's time for an LGBTQ check-in