No-wave, improvisational, queer feminist punk band Erase Errata is disbanding after 16 years. But the band plans to go out with a bang right here in Texas. Their two final shows will bring the entire troupe – six people deep – all together and back to Austin, then on to Houston one last time. 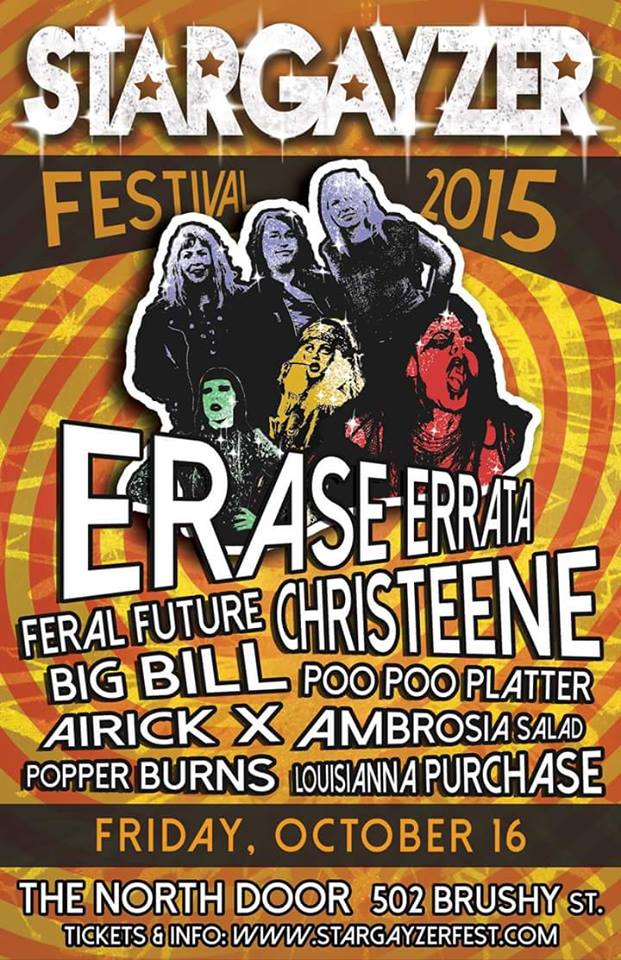 The group released Lost Weekend, their fourth LP in March of this year. But, with members now all living in different cities across the country, they haven't performed live as Erase Errata in over two years – and not for lack of trying. So when Stargayzer, Austin’s LGBTQIA music and performance festival, now in its second year, reached out several months ago, Erase Errata couldn’t resist. They also decided to take this opportunity to officially put the band to bed.

In preparation and anticipation of their farewell shows this weekend (Stargayzer Friday and Houston, Saturday night), founding members Jenny Hoyston and Ellie Erickson joined us for a lovely phone chat.

Jenny Hoyston: Good! We just got back from swimming at McKinney Falls, because it’s 100 degrees in October.

AC: Texas really needs to chill out. Jenny, you live here in Austin these days, right?

JH: Yup, I moved from Houston about a month ago. Ellie lives in Oakland, and the rest of the band is flying in from Portland and New York tomorrow.

AC: Stargayzer is your second-to-last show after 16 years. What made you decide this would be the final weekend? Was it the festival?

JH: We put out Lost Weekend in March and have been trying to make some shows happen to promote that. But it’s been hard, logistically. Everyone is in different places. Getting all of our schedules to line up has been difficult. Stargayzer offered to facilitate our travel, so we decided this could be it. We’ve always had a great reception in Houston, so we decided to drive there the following day, and end it on a high note.

Ellie Erickson: Our San Francisco fans are pretty pissed at us though for not having the final show in the Bay Area.

JH: That’s hard, too. San Francisco is not the same San Francisco it was when we were playing and living there. Lots of the clubs we played are gone; many of our fans are gone. Most of our old crew has moved away to L.A., Portland, New York, Austin. They’ve gone back home or to more affordable pastures. 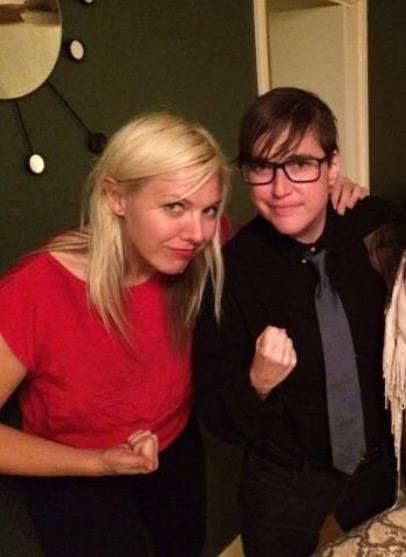 JH: Right. It doesn’t mean we don’t love each other or our fans. People really take it personally when a band breaks up. I’ve been getting Facebook messages from people begging us to work it out. But it’s not like mom and dad are getting divorced. This is a good thing, and it’s not personal. We’re all so happy about who we are and where we’ve been. It's time to move on. I hope people are happy for us and glad that we did spend 16 years being nontraditional. Yes, we’ve played with bands like Le Tigre, but most of our scene – No Wave – was such a boys scene when we started. You didn’t see women at those shows. It’s why we started Erase Errata. Now, you’ll see [women] on stage at noise shows.

EE: We’re really thankful for all of our fans and all the people who’ve helped us along the way.

AC: Do you each plan to continue making music?

JH: Yes. I have another band I've been playing in, Vacation Eyes, with the sax player from Erase Errata for the last three years. We’re more of a local [Houston] band. I’m not stoked to sleep on floors anymore. We should have a record coming out later this year.

EE: I play with an improv jam band in San Francisco with one of the guys from Thee Oh Sees.

AC: 16 Years is such a long time. Erase Errata will go down in history as one of the queer, feminist, political bands that paved the way. How does that feel?

JH: We’re happy to be remembered for any reason, but I hope people think our music and records are still relevant.

EE: It’s been super encouraging to see kids who came to our shows 10 years ago in bands now and attribute some of their reasons for forming the band to us. It’s also great to see what our peers are doing now. Our former PR person, Jessica Hopper, is now a senior editor at Pitchfork.

AC: Is there any chance you’ll reconnect as a band at some point?

JH: That’s not really on our radar right now. We feel really good about the four records, especially the one we put out this year. However, while we’ve toured internationally, we haven’t had the crazy success of some bands for it to make sense to reunite for a tour. I think we’ll all stay in touch and get together in different combinations for future projects.

EE: Right now we both have have day jobs we’re excited about too. I’m currently the director of Community Works, a nonprofit in Oakland working to end mass incarceration.

JH: That’s a cause that we as a band have always been behind. A lot of our songs critique the prison industrial complex, so Ellie’s really putting her money where her mouth is. Meanwhile, I’m doing bookkeeping ….

JH: Yeah - cool people - and I’m doing it just enough to do lots of music projects on the side.

EE: Whatever … You love numbers. She loves numbers.

AC: What or who are you most excited to see at Stargayzer?

JH: Well, I’m really looking forward to playing. We haven’t played a show together in so long. I know it’s self centered, but getting up on stage with all these women … I’m really stoked to make this spectacle happen in Austin. I went to the festival last year and I loved it. I know it’s gonna be fun.

AC: OK, last question: What advice would you offer queer/feminist/women bands starting out?

JH: Off the top of my head, I can say we didn't focus on the photographs and social media when we started because it wasn’t around. We practiced all the time. We loved the music and fought to be as creative as possible – break open our minds and put it into the songs. I really encourage people to focus on the music. I hope people will do that. I think some bands have their Instagram up before their first practice. You just can’t maintain it after a while if it doesn’t start and end with the music. There are a lot bands out there; it needs to be a little unusual … or maybe my ideas are outdated.

EE: For women-centric bands: Be confident. Don’t let anyone push you around. When the sound guy treats you like you don’t know how to tune your instrument just let him know you do. If people tell you you’re doing it wrong, tell them you’re doing it your way.

JH: Yes! You have to trust yourself.

EE: Exactly. And surround yourself with other like-minded people who help support you. Places like Girls Rock Camps are great to meet like-minded, alternative, indie women and queers. Find community. Make a community.

Catch Erase Errata's second to last show this Friday at midnight at the North Door, as part of Stargayzer Day 2.