Camila Grey is coming home. The musician (singer, guitarist, and keyboardist of Uh Huh Her) turned DJ will descend on Austin to play one hell of a ladies Pride party on the eve of the parade. And though this won’t be her first time performing in Austin since coming out, it will be Grey’s first out Austin Pride and her first time DJing in her native city.

“I grew up in Austin, and with the Chronicle,” says Grey, who left Austin in 1998 after graduating high school – “not to date myself. It’s been a minute since I lived [in town], but I still consider it home and still have family there.” She’s also looking forward to participating in this historic Pride that will be forever known as the first, post-marriage equality. 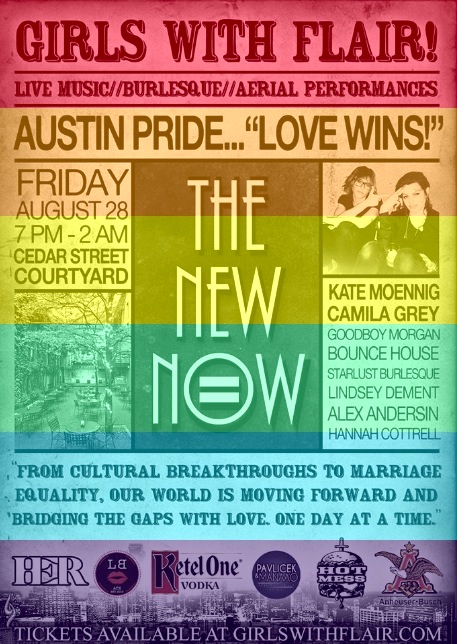 “It will bring people together for a celebration on a human level,” says Grey. “Austin has come a long way since I was there. No one was out – I certainly wasn’t! There was no Gay Straight Alliance at my school.” Grey’s timely return was orchestrated by the lez-event production company, Girls With Flair!. Yes, the same ones that brought Ruby Rose to Austin, not once but twice. In an attempt to one-up themselves, GWF are also bringing Grey’s DJ'ing partner-in-crime, Kate Moennig (aka Shane in the L Word and Lena in Ray Donovan) for the New Now.

This isn’t Grey’s first time partnering with an L Word actress. Leisha Hailey (aka Alice Pieszecki) is not only the second half of UHH, the two have also been girlfriends since 2011 (four years after forming the electropop band). A little over a year ago, however, the couple decided to take a hiatus from UHH so both could pursue other creative outlets. Hailey returned to her acting roots, while Grey decided to dabble in DJ'ing.

Dabbling quickly spiraled into diving when she joined forces with two friends to create LUC, an upscale lesbian party to counter L.A.’s “scenier” West Hollywood. The trio didn’t have a budget to pay for DJs so the job fell squarely on Grey. Enter Moennig. The two had been friends long before UHH formed and prior to Grey and Hailey’s romance. “We’re all best friends,” admits Grey, who re-introduced Moennig to the turntables. “She used to spin in New York’s East Village in the Nineties. At this point, she’s surpassed me in gear,” laughs Grey.

The celesbian DJs pride themselves on separate sounds. Moennig is more likely to spin soul and hip hop, while Grey has a yen for electro. “I’m more deep house, no-wave, deep-wave - anything with a wave in it.”

Though their DJ partnership has been successful beyond anything they imagined – the pair travel all over to play parties – Grey has not turned her back on other realms of the musical world. “In general, I like to change it up. I think it’s really important when you’re feeling stagnant in your career,” she explains. Just recently she wrapped a stint working with Adam Lambert, and she’s been doing a great deal of writing during UHH’s break. 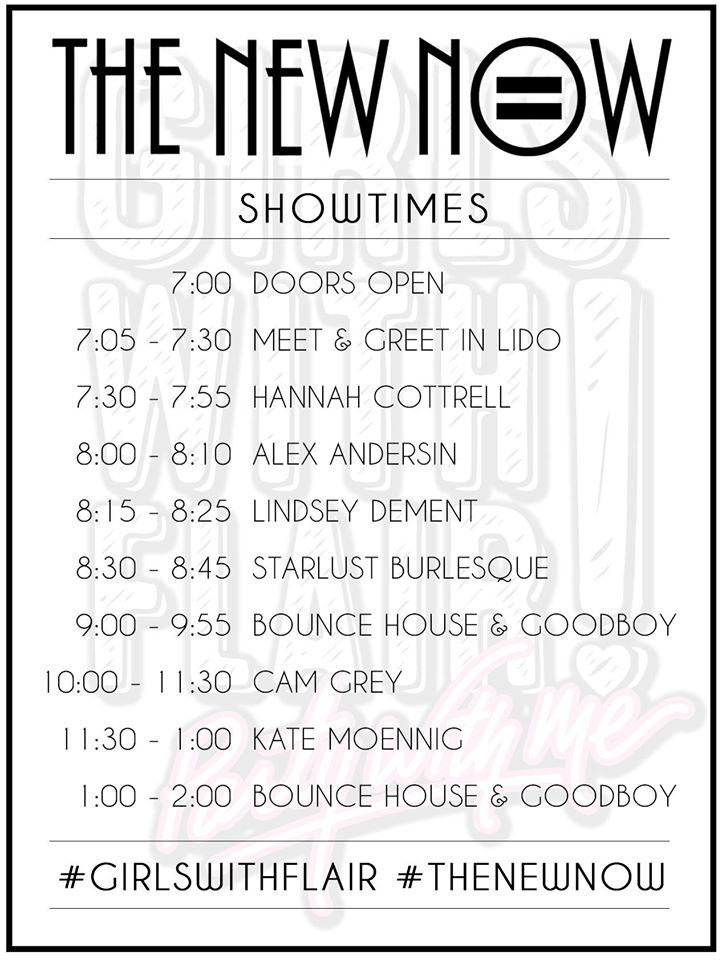 The New Now’s party promoters, Girls with Flair! emerged on the scene a year ago when founder Felicia Dawn Hershey snagged the about-to-blow-up Ruby Rose to DJ a 2014 Pride party. Though Hershey has been working as a free-agent manager for women in the entertainment industry since 2010, GWF became an official LLC after Hershey joined forces with Ali Martin – a local entrepreneur/graphic designer. Together they’re planning to unite lesbians throughout Texas. Find them both Friday, August 28 at Cedar Street Courtyard as they host this party for the birds. L.A. DJs Goodboy Morgan and Bounce House will open for Grey and Moennig, while aerialist Alex Andersin performs with local pole-dancer Lindsey Dement. Dawn also promises “face melting burlesque” from Austin’s very own Starlust Burlesque Troupe. 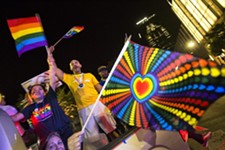