These are the people in our gayborhood: Jane of all Trades

Name: Drew Riley
Status: Austin, TX homegrown
ID: Non-binary Transwoman
Queerly Quotable: "I don’t believe in much black-and-white in the world. I’m much more a fan of the gray area, and I even appreciate things more that embrace that complexity. That’s where the world pulls its goodness from." 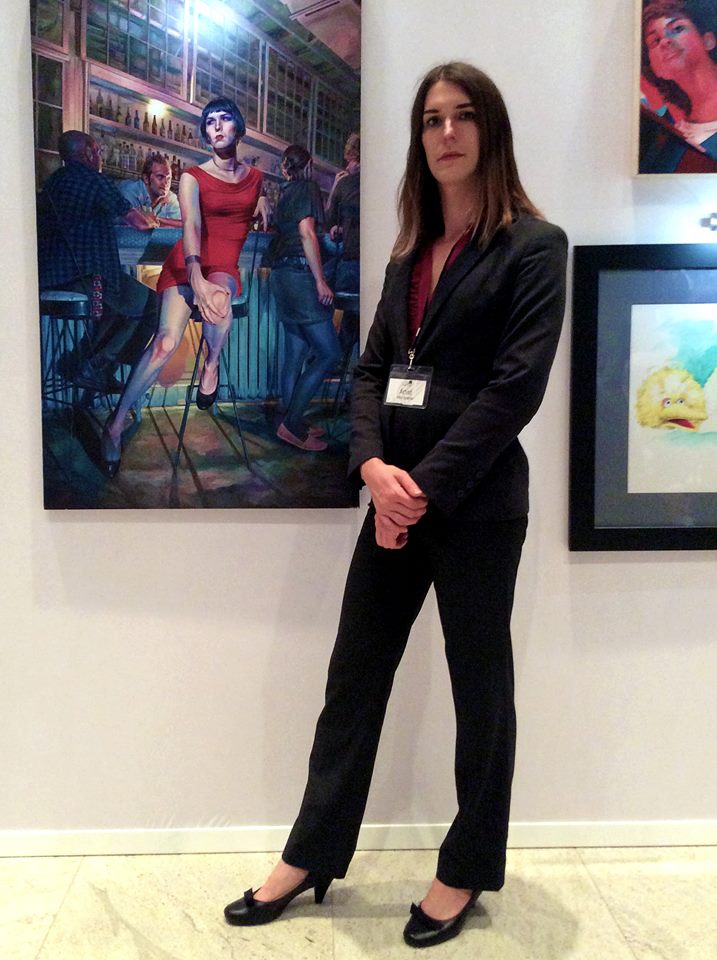 Embarking on a journey few have traveled before, Drew Riley, with the help of her then-girlfriend, Alana, came out in 2010 to her closest friends and family as a non-binary transwoman. Finding solace outside of the ill-conceived labels of the hetero binary, e.g. man = masculine or woman = feminine, Riley proclaims her spot in the middle. In short, she says, “It just means that I’m more comfortable with my masculine side and upbringing."

Having come out in a series of stages, she began an art and advocacy project, "Gender Portraits", that has since given purpose to the new Drew. By 2014, Riley had all but said farewell to her previous descriptors, pronouns, and the like, and fully embraced her life as a woman. An artist by trade, Riley has spent the last seven years honing in on skills and disciplining her own creative style. Earning her degree in fine art at the Gemini School of Visual Arts in Cedar Park, Riley has since worked in the video-game industry as a lead concept artist, then later as freelance illustrator. “Art is like any other skill," she says. "It’s something you have to train and craft.”

Pursuing her passion has led to Riley embracing her identity as a non-binary transwoman. “Gender Portraits” has not only become an advocacy project for others, but an integral part of Riley’s own journey as a transwoman. Using acrylic on canvas to tell stories of identity acceptance, Riley reveals a vibrant realm of non-binary conforming individuals and their struggle for inclusion in a binary-influenced world. “It’s all introspection and trial and error,” says Riley, “and that’s a really frustrating way to find out about yourself – when you’re worried about whether people accept you. It’s a lonely and frustrating feeling, and I wanted to create something that would help solve that." Painting other people and sharing their stories became more than just an image, she says, breaking down the barrier, "for people who aren’t transgender in addition to empowering trans people.”

Inside Scoop: Riley, who has been self-employed since the age of 14, first began her own business as a party entertainer, performing magic shows, miming, and making balloon animals. Like most Austinites, she has a hankering for Tex-Mex, and says that she often takes advantage of the margarita specials at El Mercado. An avid Netflix and Hulu junkie, she enjoys watching Steven Universe and asserts that, while a pill-popping dog may be considered "a steroid propaganda show," Underdog is still her favorite superhero.