Longtime patrons at a loss over sudden closure 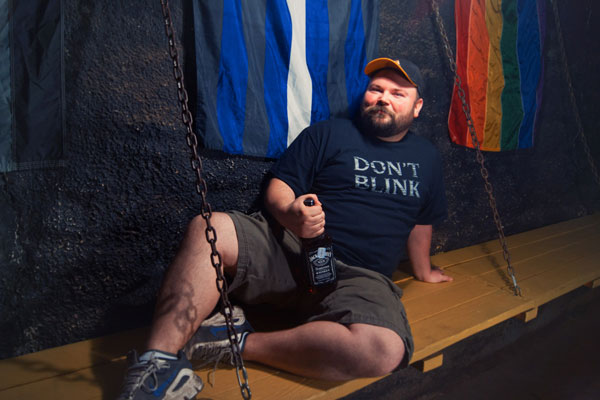 With less than a year in their new location between I-35 and the Rainey Street club district, news of the sudden closure began to leak out over social media last Sunday, as bartender Mike Horton disclosed that the bar would not open due to issues regarding the power and utilities. On April 1 it was confirmed via Facebook that Chain Drive was closed for good.

Many patrons of the beloved dive have shared concerns at the surprise closure, including bartender Jimmie Kadaver, who insists that it isn’t just a bar that's been lost, but a home. Local singer and celebrebear Nakia concurs. “Donald [owner Donald Jatho] provided a safe space for Austin’s leather community, and not just that, but a lot of folks who did not feel at home anywhere else. That really spoke to me when I first moved here. It was the first place I felt at home and accepted.”

For years, Chain Drive had welcomed kinksters, leather enthusiasts, cigar daddies, bears, chasers, and the like, all in the spirit of creating and fostering community. While it will be no easy task exchanging one home for another, Guerrilla Gear Bar will be hosted at Bout Time 2 tomorrow night, in lieu of the CD's monthly Gear Night.

More in the "good news" category: Iron Bear has reportedly hired Chain Drive's longstanding bartender Garold. Only time will tell what will happen to the rest of the Chain Drive crew (although we are hearing rumors, and they start on Red River).

“Say what you will about the Chain Drive,“ says Nakia. “Call it a dirty bar or dive bar or a place where illicit things were happening in the shadows. But also acknowledge what they meant to the community. They raised so much for AIDS, hospice, all the causes, and were also one of the first gay bars to really embrace live music and let anybody put on shows – all styles: noise, drag, punk, kind of like the bathhouses of the 1970s.

”It was a real Island of Misfit Queers.“