Diffusing rumors and starting new ones with Liz Lambert

Before it catches on fire, let's scuttle the scuttlebutt: Reports of a "sale" – that Liz Lambert has "sold" the Hotel San José – while not exactly exaggerated, paint an inaccurate picture. 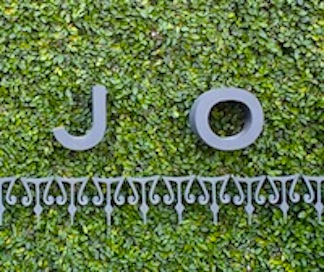 All of Austin knows and much of Austin loves the story of lawyer Liz, ditching her career in the mid-1990s to purchase, refurbish, and completely reinvent the old mom & pop travel court, located across the grand avenue from the Continental Club, years before said avenue was dubbed "SoCo." The renovation would launch what would become her tidy empire of hôtellerie and coffee klatches – a success story that's considered part of the silver lining of Austin's over-expanse and growth. To wit: In most popular lamentations about Austin's loss of soul, fingers do not point in her general direction. In the world of property development and Austin enterprise, Lambert is considered one of the good guys.

That doesn't mean that rumors of Lambert "selling out" are to be taken lightly. Ripples happen. Austin culture is, after all, heavily invested in collective authenticity. But what's the deal? Are the whispers true? Did one of the seminal figures in the development of South Austin's rampant revitalization sell off her flagship property? 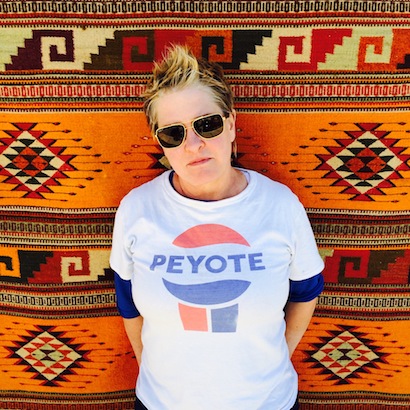 "The truth is, it's not nearly as radical as it seems," says Lambert. According to Bunkhouse, the Austin-based, Lambert-owned hospitality management company that oversees operations of the businesses launched by Lambert, the original ownership group of Hotel San José, San Jose Partners (which includes Lambert), recently sold its interest in the real estate of the property to a new investor group. The management of the hotel, however, remains under Bunkhouse, which has inked a 25-year management contract with the new investors to continue to oversee day-to-day operations, according to Lambert.

Relative to the other hotels in Lambert's realm, the San José remained the one in which she retained the largest slice of ownership – until now. "It's unusual in the industry," she says of both managing and holding a significant portion of the asset. "Any hotel you can think of – from a La Quinta, to a Four Seasons, to a Hayes Hotel, to Standard [the group with which Bunkhouse partners], the Driskill, pretty much anything you can think of – none of these hotels are managed and owned by the same group. 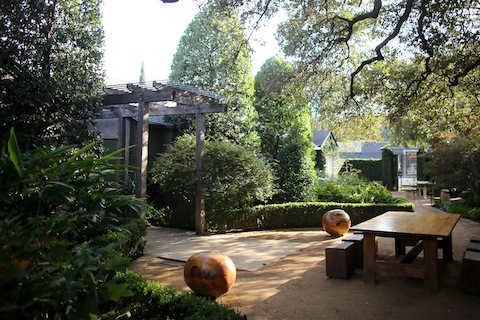 "In fact, I own only a tiny sliver of the Hotel Saint Cecilia and the Hotel Havana," Lambert further clarifies of other properties in the Bunkhouse Group. She remains, however, the major owner in the interest of quirky El Cosmico in Marfa. Apparently banks are not hip to yurts.

In other news, Bunkhouse continues to expand its reach. New projects in Travis Heights (the Terrace Hotel, adjacent to the Saint Cecilia) and Todos Santos, Mexico, on the beach in Baja California Sur (Tres Santos and the Todos Santos Music Festival) are moving forward and in the design phase with Lake|Flato, the original architectural team behind the San José. Some of the most immediate news in Austin, however, is that Bunkhouse moved into new digs on Cesar Chavez in East Austin into the glorious manse that for years prior housed the corporate headquarters of the Austin YMCA.

The new offices have "more space, better space, high ceilings, light, outdoor space, which helps creatively and organizationally," says Isadora McKeon, Bunkhouse's marketing director. "It was sad to leave Travis Heights, where we worked within walking distance of the hotels and Jo’s [Coffee] for years, but it’s been really great to explore East Austin. Truthfully, I eat Veracruz tacos almost every day, sometimes twice. And we still go back and see our coworkers at the properties all the time, of course."

So for now, it's safe to put away those "SELLOUT!" picket signs. The hotel maverick who fantasized about the old motor court on South Congress and turned it into a renaissance is still very much large and in charge – and if I were East Austin, I'd keep a look out for that unmistakable mop of dirty-blond, especially if she's holding a surveyor's scope. 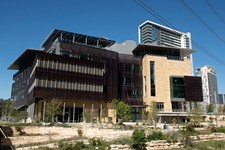