San Marcos comes out of the closet and into the Warehouse

The consensus is in, and the rainbow flag is up. Stonewall Warehouse owner Brian Scofield tells the Gay Place, “We are ready!” 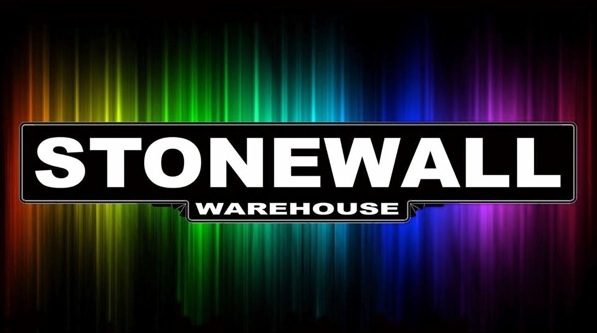 The Stonewall Warehouse of San Marcos officially opened its doors December 2. Although, after successfully hosting two fundraisers – the annual Texas State LAMBDA Bobcat Ball, as well as LGBT-New Braunfels' commemoration for a recently deceased community member – you’d think these guys had been around for years. Already pleased with the space’s ability to draw a diverse crowd – from area drag divas to the Unitarian Church – general manager Chris Rue says of the club's first few weeks, “We are not just a gay bar, we’re a great bar.” 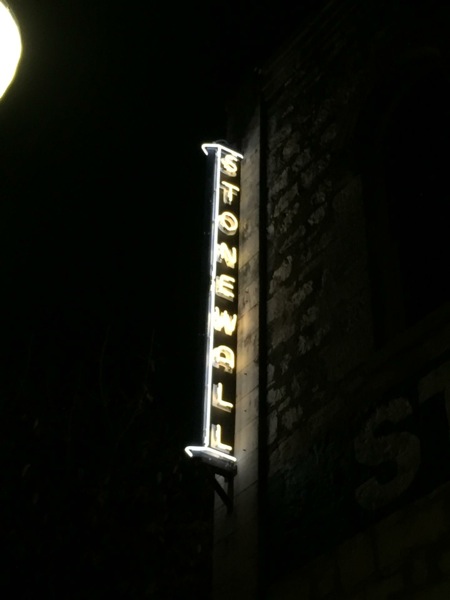 Were it located in Travis County, the club could fit right in with Austin’s warehouse district. The sleek interior of club belies its 1960s chic inspiration, boasting painted glass windows, radiantly lit columns, and a catwalk fit for a queen – living up to the historic nature of the bar's debut. 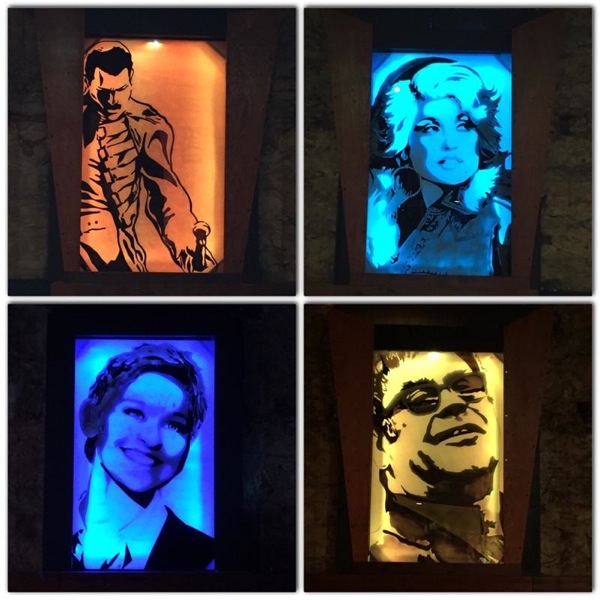 Scofield and his partners opened Stonewall Warehouse in just five months. (Touché, Stonewall, we raise a glass.) The seasoned business owner also owns Barfish Lounge, the Black Rabbit Saloon, and the Shade Rooftop Patio – all on San Marcos’ northern block of the downtown square, hardly a hop and a skip from the Texas State campus.

The decision to name the bar after the historic Stonewall Inn of NYC is another bold move. Scofield explained that initially he wanted to incorporate "warehouse," due to the building’s rich history as a cotton depot in the late-19th century. After much consideration, he decided upon "Stonewall" because of the structure’s striking resemblance to the original Stonewall Inn, but more importantly, to pay homage to the birthplace of Pride. He hopes that patrons will be reminded of that June night in New York that incited the gay liberation movement. 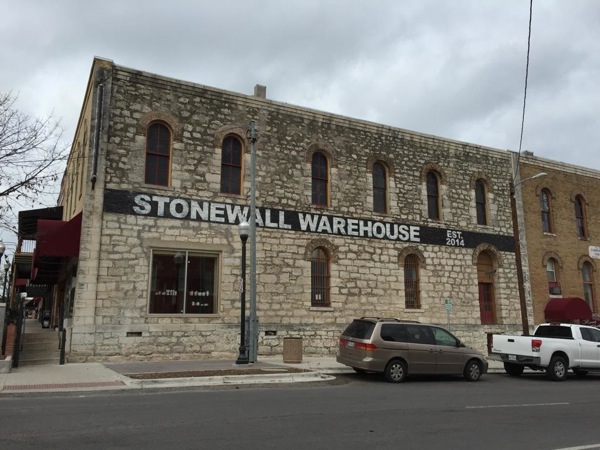 The name sets the bar pretty high. For most of us growing up gay in Texas, Stonewall is as important, if not more so, than the Alamo. A straight ally (and recently outed otter undergoing a crash course in Gay 101), Scofield says that Stonewall Warehouse is his pride and that he intends for this space to be completely inclusive. 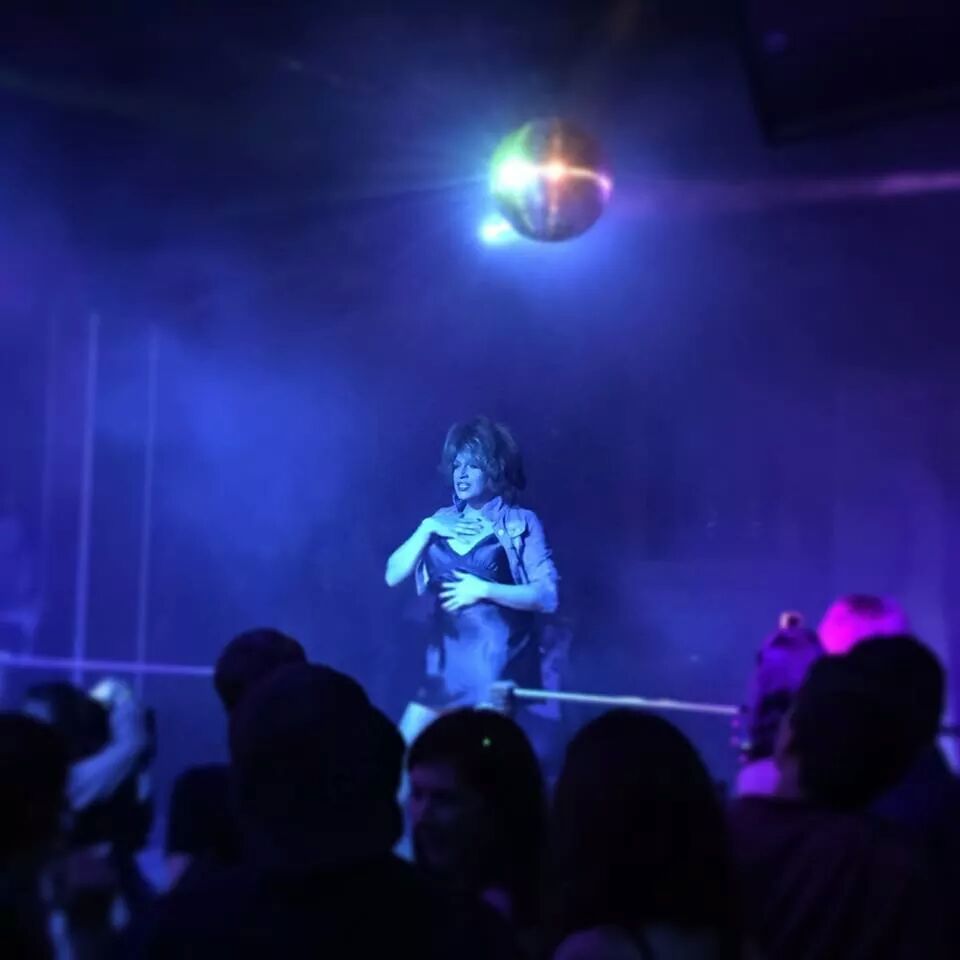 Anticipating naysayers, both Scofield and general manager Chris Rue were almost disappointed that the grand opening proceeded without so much as a riotous high heel flying through the air. From the city council to the local residents, and everyone in between, the response, says Scofield, has been overwhelmingly supportive.

Ironically, what little criticism has been said about the new Stonewall Warehouse has come from Texas State’s newspaper, The University Star. Openly gay senior journalism major, Rivers Wright opined that “the LGBTQIA community should establish itself more in San Marcos and at the university before a bar opens.”

The statement is curious, considering it was only three months ago that the city of San Marcos successfully hosted its first annual Pride festival, sponsored in part, by none other than Brian Scofield and his partners at the Stonewall Warehouse. Hopefully, Wright’s critique does not mean to suggest that resistance to this hallmark in San Marco history will come from within the town's coalescing LGBTQIA community. If so, it completely denies the historic significance of the gay bar as de facto community hub throughout the gay lib struggle. We've come a long way when we can afford to forget our own recent history.

Fellow Bobcat and Texas State alum, Chris Rue recalls when the only LGBT resource on campus was the campus' LAMBDA organization. “Our skin is real thick around here,” he says, adding that anyone who doubts their efforts to provide an inclusive space for the entire community will simply have to see for themselves just how progressive San Marcos has become in a short amount of time. 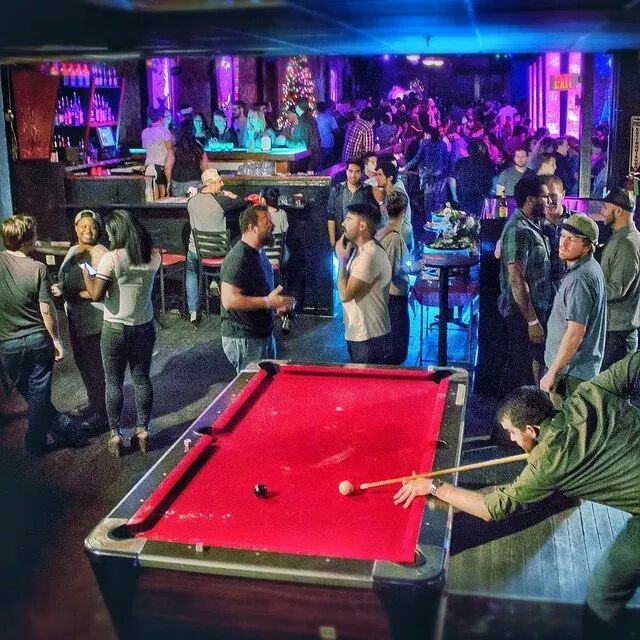 Only time will tell whether or not Stonewall Warehouse will be the first of more LGBTQIA friendly businesses to establish strong relations with the rest of San Marcos. Meanwhile, Rue is planning many events for the year including a regular Sunday brunch, college night, “Theme Thursdays” (patrons are encouraged to dress for the occasion), monthly drag shows as a continuation of local hero Silvia Sandoval’s “Rainbow Nights,” and even a performance by San Antonio indie rock legends Girl in a Coma in February.

Scofield and Rue are excited for the return of college students in late January. “We are not here to just open the first gay bar," says Schofield. "We’re gonna open the best damn bar in San Marcos.” 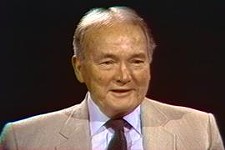 The Man Who Beat McCarthy