Today is a new day. As host and drag superstar, Peaches Christ exclaimed Sunday night, “We were here for the first.” The first Stargayzer Festival, that is. And what a festival it was.

True, days one and two had to compete with Mother Nature’s raining temper tantrum – making this the second queer music fest this year in Austin to be affected by her wrath – but it also broke the blistering heat and allowed for some straight up dancing fits. 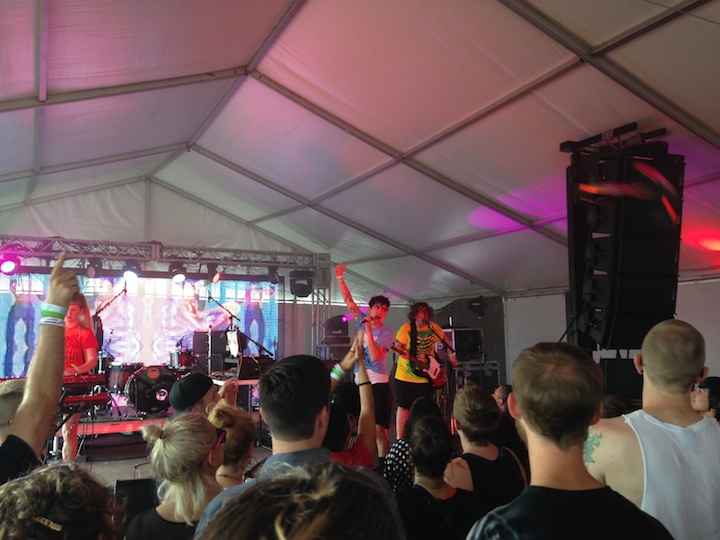 “Last night [Saturday] was something else,” said Sarah Malika aka DJ Malika, who played in between Saturday night sets. “Seeing that many people voguing and dancing – I’ve never seen it before, at least not not in a music video. I was losing my shit, it was so cool!”

Come Sunday, the fall temperatures lingered longer than expected, and the crowd slowly accumulated throughout the afternoon. Hordes of local talent performed during the daylight hours, including the festively dressed DJs Fine and Dandy. Some shook it for DJ Divorcée, and jumped for Gretchen’s Disco Plague, while the beasts of Butch County rocked out.

By the time JD Samson and MEN took the stage at 5:30, the queers had gathered in full force, leaving one writer (ahem) pondering: "Who are these people? Why haven’t I seen them before, and where are they on the regular? They can't possibly all be out- of-towners. Right?"

But Samson and band managed to push aside those questions as they played the perfect combination of their old songs, last year’s songs, and brand-spanking new songs. The audience – filled with every make and model of gay – jumped about and sang our hearts out. And there was that moment when Samson threw a papier-mâché hammer into the crowd, and Austin’s notorious Gretchen Phillips began anointing her fellow dancers with it. Ending on high note, Hi Fashion (who performed later in the night at North Door’s satellite stage) joined MEN on stage to sing George Michael’s “Freedom.” 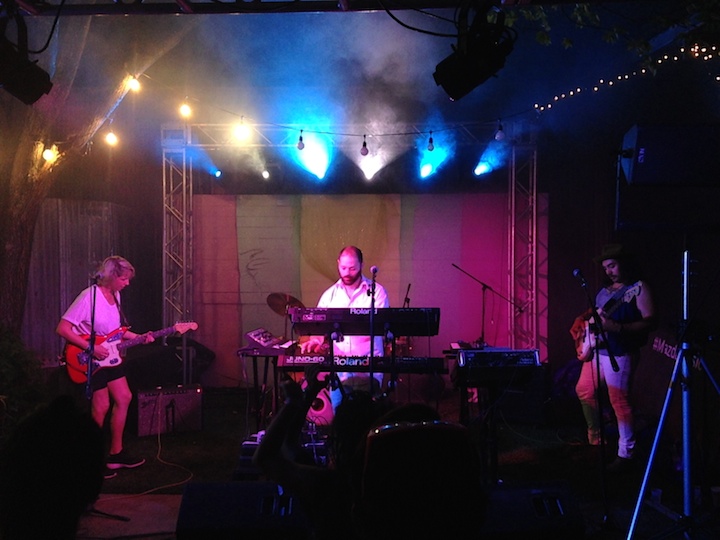 The night continued onward and upward. Xiu Xiu played their dueling drums with a passion I’ve never seen before, and festival goers wandered around Pine Street Station exploring different stages, photo booths, and vintage pop-up shops. Yet as the clock struck eight, it seemed that many of the who’s who of Austin queer girl scene was fan-girling for the modern disco band, Whiite Walls, on the smaller Aurora Stage. The subsequent dance party that followed was a definite highlight of nightfall.

In perfectly timed co-existence, Whiite Walls ended their 45-minute set as Canadian band, Austra ascended the main stage. A long-time favorite of mine, The news that they are, in fact, a queer band; or perhaps, a band that happens to have queer members, still has me reeling. Ethereal. And certainly one the most attractive bands I’ve ever seen. So tiny! Such a powerful voice! Lead singer, Katie Stelmanis lavished great energy upon the crowd. And in return, the audience danced like no one, and everyone, was watching. 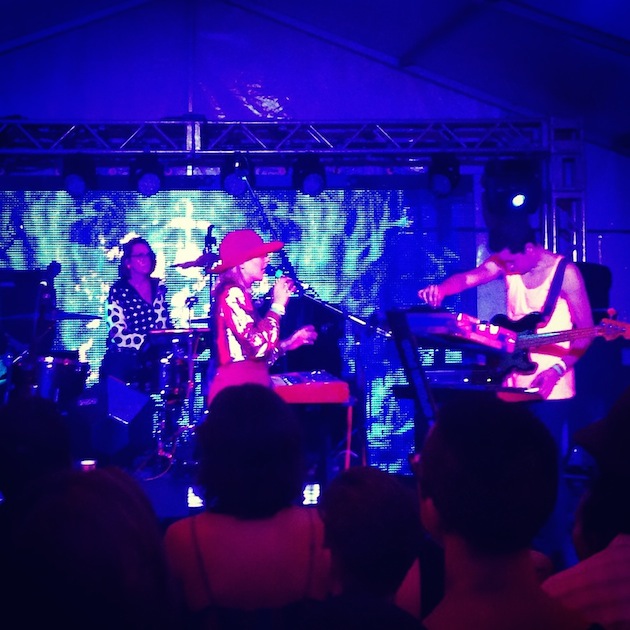 “It’s always so nice to play for our brothers and sisters,” Stelmanis declared. Did she wink there? She should have. Their set, which lasted more than an hour, was followed by a two-song encore including their cover of Sinéad O’Connor’s “Nothing Compares 2U.”

Many continued the party at North Door late into the night, while many went home in preparation for Monday morning. But no matter where the crowd ended their night, it’s safe to say that, Stargayzer, nothing compares to you.