Republicans go for liberty, Pope Francis shows a little love and tenderness, and Selena gets a fierce tribute, as your AggreGAYtor IS AWESOME.

The GOP sees the way the trend lines are going.

Arizona is about to imitate Texas’ marriage ban takedown.

Pope Francis is inspiring gays around the globe to stand up and be counted. If only he’d work on the Church’s attitude toward prophylactics.

A new case in Texas demonstrates that rough sex between women can indeed spread HIV.

Being a transman can mean trouble getting OB-GYN care.

Mess with Selena impersonators, whether cis, drag, or trans, suffer the consequences.

Since Kentucky’s Attorney General Jack Conway declined to defend the state’s marriage ban, Governor Steve Beshear has hired a private firm to do it. Which is weird. And gross.

It's a toy advertisement! No, it's subverting capitalism with its themes of diversity and freedom! No, it's sabotaging its own subversiveness by commodifying our dissent! It's promoting family values! It's destroying family values! Wait, never mind all that. Sorry. It's AWESOME.*

I'm going to be showing this movie to my nieces and nephews. They'll love it, and hopefully they'll learn some really valuable lessons from it, but that isn't enough, for the following reasons:

Yes, it's AWESOME, but except for the token romantic interest lady and magical African American Friend (who serve the same purposes plotwise), the diverse free people are all straight white cis males. Wonder Woman is there, which would be AWESOME, except that she's just included to have her invisible jet targeted and destroyed, invisibly. Sorry for the downer. Don't ruin it for your kids, just remember that the AWESOME message of this movie might not include your child's identity, whatever that may turn out to be. 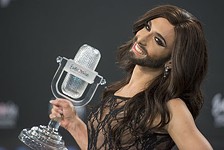 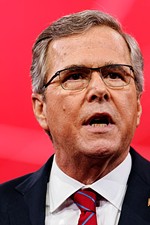