A recap of Stubb's NPR Showcase

Your faithful Mo' Music author and his amazing photographer buddy Ryan Obermeyer set out to do SXSW our way. Check us out every day this week for a recap of the night before.

Kelis started the night with big hair savior-faire and treated us to a taste of new material, backed by a full band. Her husky, thick voice was in top form highlighted in songs like new single, "Jerk Ribs." I was slightly disappointed in the thin arrangement they gave to her biggest hit, "Milkshake," but an excellent, funky re-imagining of her hit electronica song "Acapella" rocked the house. 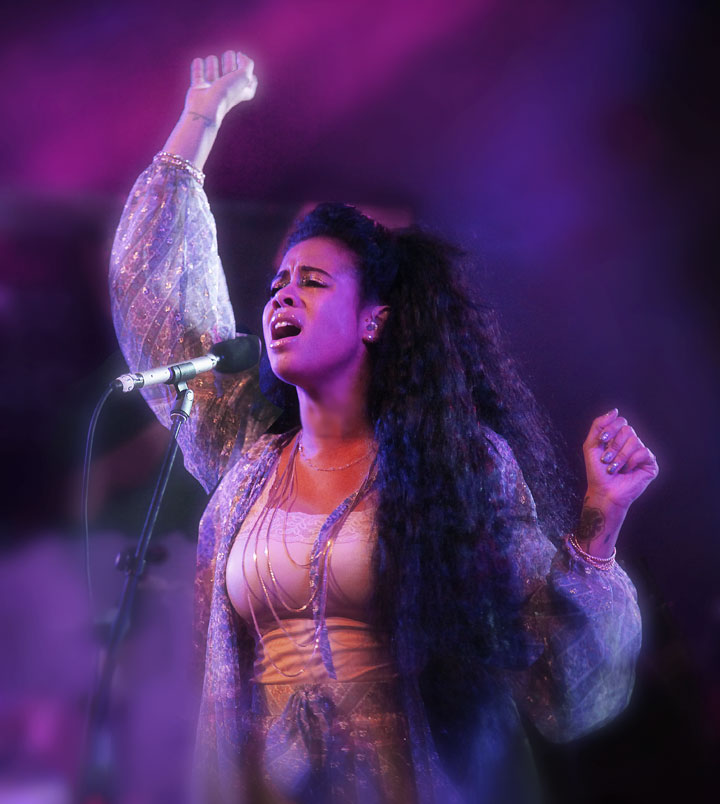 Kelis putting her hands in the air like she just don't care. (Photo by Ryan Obermeyer)

In what seemed like no time at all, the force of St. Vincent was upon us, scuttling about and dancing like an android fembot to the bouncy synth of awesome new album opener, "Rattlesnake." It took the sound guys a few songs to get the volume and dynamics right. That, and her loosening up a little, led to one of the best live music shows I have ever seen. With a band of just three backing her up, she created the most glorious, in-the-pocket ruckus. Highlights included "Marrow" and the chatoic "Krokodil," in which she thrashed around stage like a punk rock goddess. A common, if small complaint about her great new album St. Vincent being just a tad too neat applies here. The moments where she explores her more human side and truly lets go are much more interesting then this robot act she has going, as cute as it is. 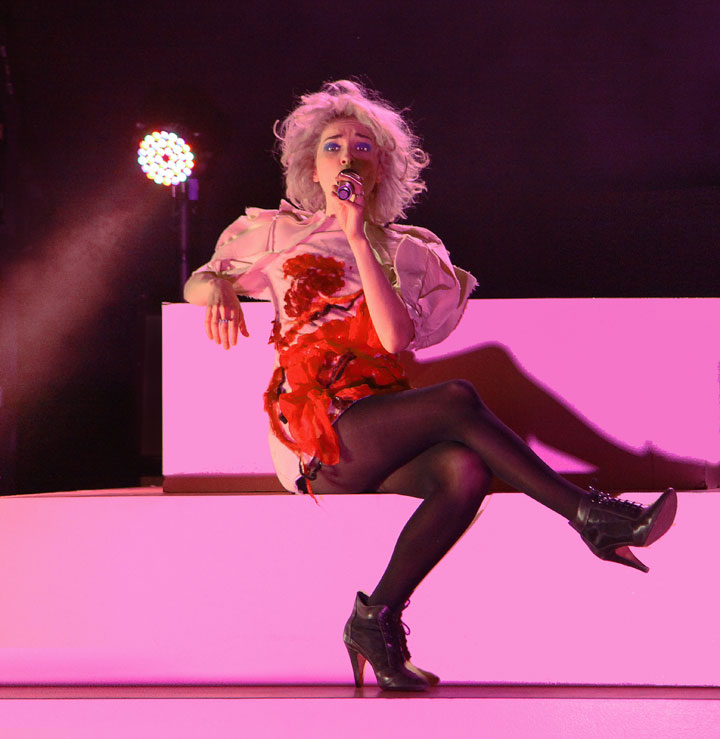 A fierce staredown from St. Vincent. (Photo by Ryan Obermeyer)

A long, long sound check later and Damon Albarn graced us with his presence. He was very apologetic that his set had to be cut short due to going on about an hour late. He told us he would just shoot through songs and skip through banter, which we appreciated. Other than a little trouble hearing him the show was fine, if not remarkable. There was a casual air about the whole thing. We heard a couple new songs off his new LP Everyday Robots, including the title track. My personal fave was the most melodic of tracks out as teasers for the album "Lonely Press Play" which adds rickety, hip-hop influenced beats to the solemn side of The Good, the Bad, and the Queen. Other highlights included a kinetic rendition of Gorillaz's "Tomorrow Comes Today" and a cute, child-like song "written for a baby elephant" called "Mr. Tembo," off his new LP, assisted by local gospel singers.

We walked at about 2:10 to see that Red River was blocked up with police tape but thought nothing of it, so we went home. What occurred is a terrible tragedy. On behalf of me and Ryan, our condolences go out to everyone affected.

Stay gold, be safe, and keep checking The Gay Place for more SXShennanigans.