Connecting the Dots With Queer Qumbia

Queer Qumbia branches out into their inaugural Night Market

Who didn’t play connect the dots as a child? Well Queer Qumbia en Tejas founder, Kanoa Bailey still wants to play, grown-up style. And with tonight’s Night Market that’s just what he intends to do. 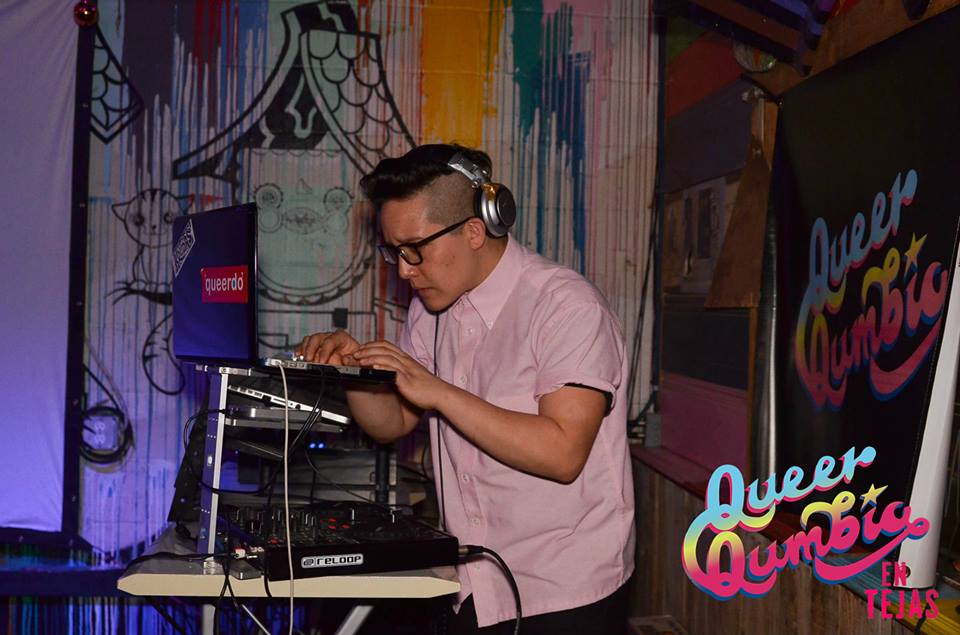 The 'dots' Bailey specifically chose for the Market's vendors include local POC (people of color) creators, makers, chefs, artists, and musicians. Bailey's intention is to introduce them to a broader community.

“I wanted to highlight folks of color that are doing cool things here in Austin," Bailey explains. "There's a community that wants to support these projects and artists, and I wanted to help everyone meet each other."

Connecting the dots, if you will.

"Running a business is hard," says Bailey. He also notes that, with the "POC invisibility" that sometimes happens in Austin, business owning and networking can be especially difficult. Hence, tonight's market-style gathering is intended to work as a networking tool as well as a cool place to hang out.

Queer Qumbia has already earned a fierce reputation for throwing some killer dance parties. This weekend marks QQ's expansion into a variety of social events; Night Market will be a bit more like… well, a market. Bailey, who has Chinese roots, credits the night markets of Southeast Asia as his planning guide for tonight's event. Expect DJs, spoken word, food, and shopping, of course.

Queer Qumbia began after Bailey moved to Austin by way of Oakland a year ago. Feeling the lack of queer POC events, he drew inspiration from San Francisco's Queer Cumbia. Together, with Austin's Ang.G, they began the sister organization, Queer Qumbia en Tejas.

“It’s a great way for folks of color to find each other,” says Bailey. “There’s not a lot of spaces here in Austin for POCs who are… transgressive in some way, with a social justice lens.” 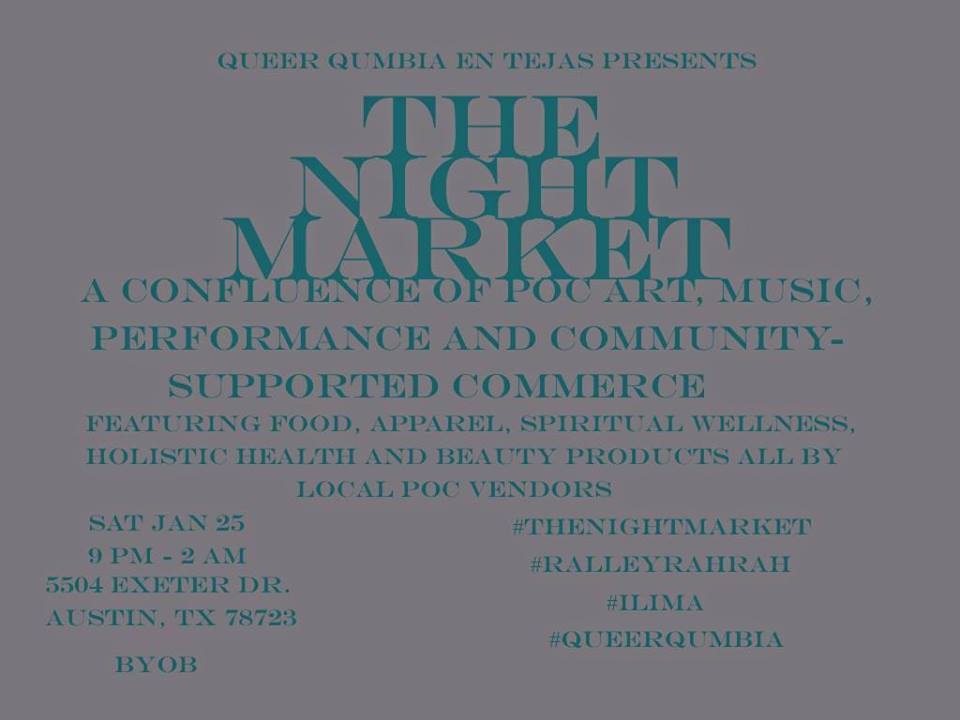 It’s also a great place for up-and-coming DJs to get heard. Ang.G, who lived in Chicago for 12 years, has been slowly building her rep as an Austin DJ with Queer Qumbia. Bailey takes the opportunity at QQ to step out from behind the promoter's hat to also take a spin.

Tonight's Market is just one of the many events these queers have up their sleeves. On February 1, they'll be hosting the unofficial after-party for Houston’s Creating Change, a five-day national conference on LGBTQ Equality. The conference moves to a different city every year and this 26th gathering will be held in downtown Houston.

Jena Harris, one of Saturday’s food vendors and a QQ organizer, will be turning an outside patio into the market place. Don’t worry – the space will be covered and heaters will be lit, and indoors is always an option.

“We decided to have it at a house to keep the night low-key and interesting,” Bailey explains. He also guarantees that Saturday will be an inviting and community-building experience for the Austin crowd. “Being in a place that’s entirely populated by people of color is a really powerful thing to feel. It’s unique here.”

Community building is a great draw, but we bet the food, the music, and the spoken word performers will quickly vie for your attention once you're there. So come and play connect the dots tonight, Sat., Jan. 25, 9pm-2am.