Get Bound With Butch Feelings

Free & Queer Cinema gets ready to outdo herself Tuesday night

What's your root? That tiny nugget from your past that might just be the reason you are the card-carrying queer you are today? For many, that root stretches back to Gina Gershon getting down and dirty with Jennifer Tilly in Bound. Love it? Never seen it? Well, Free & Queer Cinema is screening the film tomorrow night at The North Door. 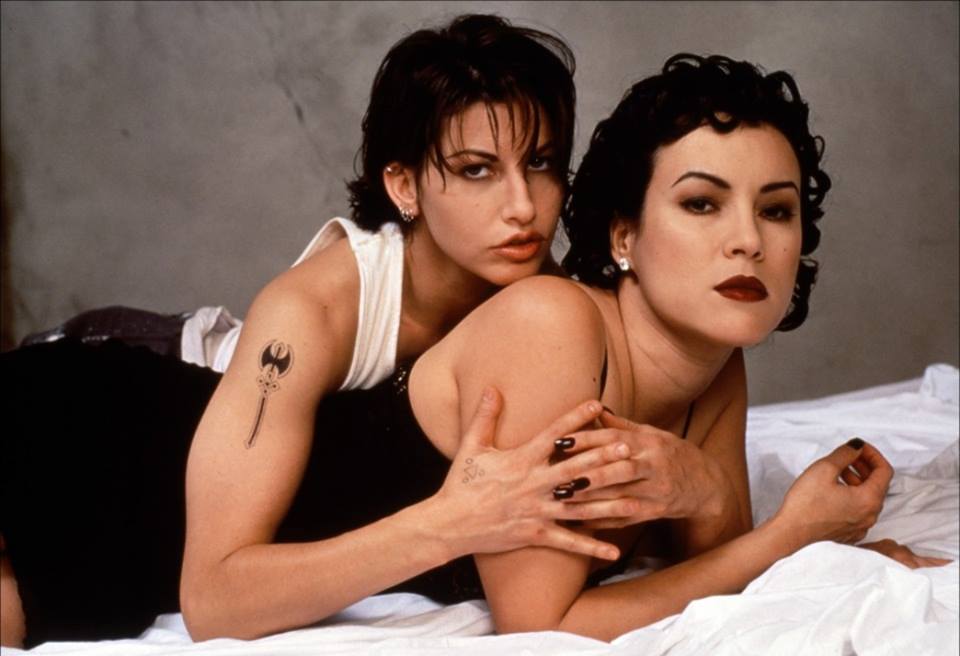 This cult classic has been a favorite among the queers since its 1996 release. Maybe it has something to do with the sex scenes? The directors (the Wachowski Brothers) worked with Susie Bright, the former editor-in-chief of the women-run erotica magazine, On Our Backs. According to Beth Schindler, the creator of Free & Queer Cinema, the brothers asked Bright to be the sex consultant for the movie in order to give the love scenes a bit more of a hands-on feel.

Schindler, who’s a long-time fan of Bound, also informed us that the film’s lesbian bar scene is actually most of Bright’s friends from the San Francisco dyke scene of the nineties. “That's what really clenched it for me,” says Schindler. “I love this movie, and it’s film noir style. It’s just really fantastic.”

Free & Queer has been a monthly staple of Austin's queer scene for the past year and a half. A self-proclaimed cinephile, Schindler started the event with the hopes of creating a celebratory space for queer films. "A lot of times when we see these movies when we're alone or in a theater full of strangers. But it's so much more fun to see these movies in a room full of homos," she explains. "This way feels much more connected."

And though Gina Gershon looking agonizingly attractive in her ribbed white tank and drawn-on tattoos should be more than enough reason to make it out tomorrow night, there is, in fact, another reason. Or 12.

Being unveiled for the first time is the 2014 “Butch Feelings” calendar. Created by Schindler, along with her friends and Homophoto Club cohorts, Gretchen Phillips and Deb Norris, the calendar is an ode to Austin’s queer grrrl community. 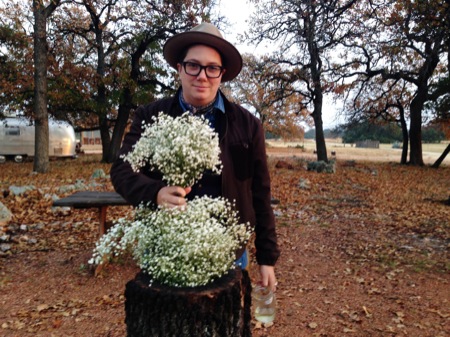 The calendar began as a project for the Homophoto Club “to give us something to focus on,” says Schindler. “Gretchen and I first thought up the club after we both photographed a lesbian potluck together. At first the three of us got together to take and talk about photos. But our original idea for the calendar was Austinite Butches.”

However, as Schindler began approaching their would-be models the idea started to receive some serious pushback.

“A lot of people were upset, saying they didn’t identify as butch, and that’s not what any of us wanted,” says the budding photographer. “We wanted the calendar to be fun, we weren’t trying to start a huge discussion on gender politics.”

So the trio went back to the drawing board… or should we say soundtrack? They used Phillips’ song “The Reluctant Butch” along with a paper that Phillips’ girlfriend and UT professor, Ann Cvetkovich wrote on butch feelings as inspiration.

“We decided to have our models either identify with butch and pick a feeling to be photographed, or to be photographed when they felt their most butch and it was up to them to decide what that looked like.” Schindler admits that redirected idea got a lot of people excited about the project. “We broke down some defensive walls. It was a lot of fun, and people were really supportive.”

The calendar, which was shot in just two and a half weeks, was done entirely through analogue film. And though the shoots took place during what was coincidentally the coldest two weeks of winter, 90 percent of the photos used were shot during that time frame. “We used a few of our older photos for some of the summer months, so our models could be wearing short shorts and be outside without freezing,” explains Schindler.

A sneak peak at the calendar was held last week and, according to Schindler, so far the feedback has been positive. In fact, the trio is already planning their 2015 edition.

But before we get too far ahead of ourselves let's not forget, the 2014 calendar will be available tomorrow night at Free & Queer Cinema.

Calendars are $10 a piece. Reason 13 to attend is that Gretchen's Disco Plague (It's Infectious!) will be playing before the movie starts – then it's all Gina, all the time (or at least until the credits roll).

Ok ok, Jennifer Tilly can share the spotlight, too.