Hold up, Santa Claus! We knew you couldn't possibly leave our gang at Cheer Up Charlie's hanging with just a lump of coal in their stocking. A new location is in the works, news that may feel like a holiday miracle to Cheer Up's many fans and supporters. 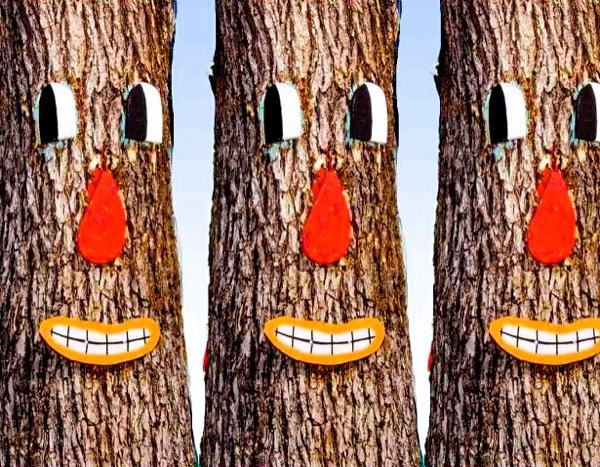 Cheer Up Charlie's has signed a lease on the property at 900 Red River, previously the home of Club DeVille and prior to that, home to beloved lesbian-owned indie rock club, Chances. The lease was signed Monday afternoon. "We’ve been aggressively pursing that space," said Tamara Hoover, owner/operator of Cheer Up Charlie's. "We were the first to look at it; we were the first to put in our letter of intent."

The small, strange little bar at 1104 E. Sixth had become the story of an underdog success, from spunky vegan food cart, to a slow but steady growth, transforming the plot that housed the old Ms. Bea's into an eclectic, D.I.Y.yet elegant art-driven space, both in physical design and mixed up fan base of queer and straight hipster patrons. (Sorry, kids, but let's just call a duck a duck.) "When we moved into Ms. Bea's," said Hoover, "it was a shell."

Going back a generation and about a mile northwest onto 900 Red River, while Chance's was first and foremost a lesbian bar (1986-1994), it distinguished itself from other lez bars, and gay bars in general, by fostering an open clientele. Owner Sandra Martinez not only welcomed but invited all stripes of guests and aggressively booked a wide variety of cool indie bands and performances which attracted not-your-typical lez bar crowd. This sort of inclusive policy may not seem like much in gay Austin, 2013, but in a time when gay bars were survival, it was radical. The chance she took in cultivating a mixed bar resulted in one of the friendliest, wildest hybrids of underground music and gay culture that became an inadvertent home-base for an audience that never before had a space.

In 2013, that same sort of vibe can be summed up in three words: Cheer Up Charlie's, a space that organically created itself and was nurtured by the great taste and open hearts of owner/operators Hoover and Maggie Lea. From film and performance programming to multi-genred musical bookings to DJs who've hosted queer nights attracting followings that encompass and extend beyond the LGBTQ frame, it's clear Cheer Up Charlie's and Chance's share more than just this future physical space.

"I've never been to Cheer Up Charlie's," said Martinez. "But I've heard a lot of good things about it. I ran into Thor [drummer for the Swans, Shearwater, Gretchen Phillips, etc.] at Home Depot. He said it was the closest thing to Chance's he'd seen." Martinez has been out of bar business since '94 and made a two-decade career of work with local nonprofits Project Transitions and the Austin Gay and Lesbian International Film Festival (aGLIFF, now Polari). Recently, she left the nonprofit world to work for the state.

"I really stepped away from it all," Martinez said of the bar life. "It was intentional. I took myself out of the scene to back home. But whenever I hear about Chance's, it's always endearing, and I'm made to know that it is a very special place in people's hearts."

It's another thing that the old storied dyke bar has in common with its modern counterpart. Two weeks ago, when Cheer Up's owner/managers Tamara Hoover and Maggie Lea sent out a letter to inform their employees and supporters that the sale of the property resulted in a non-renewal of their lease, the news angered many of the club's fans.

Social media sites blew up with not-so-cheery expressions of disappointment – in the new tenants' choice of not renewing Cheer Up's lease and in the implications of what it means for East Sixth. An article that appeared in the Austin American Statesman about the new owners of 1104 E. Sixth, the La Corsha Hospitality Group, only enflamed CUC fans. Words in the article like "dive bar" and "concept" generated reaction that the men at La Corsha were hoping not to get (and spawned at least two edits from the Statesman, which we are so sad we neglected to screen-shoot).

We had a short conversation with one of the new owners, Scott Walker, who reached out to us, feeling very misunderstood by the comment barrage that followed news of the purchase. "So the idea is to open up Wonderland, just a relaxed easy neighborhood bar," said Walker. "It’s not going to be anything extravagant. I mean it’s not a dive bar… I feel like someone was a little confused or maybe I confused my words. I was just trying to indicate it’s not going to be another Bar Congress; it’s not going to be that upscale. We'll do some live music, with simple drinks and some keg cocktails that we’ve done before but with low price points."

The bar concept is a bit different than what folks had heard through the rumor mill for years – that the spot was slated to become a boutique hotel. "The hotel is going to be on hold for at least all of 2014," said Walker. "All of the food trailers, they’re all going to be there – if they want to be there for at least 2014."

For the mean time, Hoover, Lea, and the Cheer Ups gang have until January 15 in the East Sixth space. "I have imminent respect for Tamara and Maggie," said Walker. "So we gave them a 17 days lease so they can have their new years party – one of the most lucrative nights of the year. We come'd to find out later, it's also Tamara’s birthday."

The move to Red River means a chance for growth for Cheer Up Charlie's. The city's recent decree of the Red River Cultural District, means potentially fewer hassles and clearer boundaries for what club owners can and cannot do with their spaces. The East Sixth club district was growing up along with Cheer Up's, so the club had to contend with sound ordinance issues, wrestle with confusing city rules, and invest in many costly sound-buffering measures.

The new space also means greater capacity. "We're looking at an increase of about 100 people on the back patio and 50 on the interior," said Hoover, excitedly. And while Hoover and Lea's tune is now much more cheery, they are still heartbroken at losing the space on East Sixth they'd worked so hard to cultivate. "We want to recreate the Eastside feeling. That’s what we want," reflected Lea. "When I look at Red River, I know that we can artfully create that energy. And if our people follow us over, we can definitely create that energy," Hoover agreed.

And with blocks on East Sixth getting bought up, torn down, and built up in the blink of an eye – the ProVista Eye Center across the street from Cheer Ups was sold last month to reportedly make room for a small hotel and was mowed down almost as soon as the ink was dry, it seemed – the fate of clubs along the young district is anyone's guess.

One buzz of energy is out on East Sixth, and time will tell if that same feisty queer, art-brimming buzz can further color an already buzzing and colorful Red River. And time will also tell if the new location will feel anything like the original… or feel anything like one of her ancestors. "I've been asked and approached about having a Chances reunion for so long," said Martinez. "I've never considered going back there to have it. I don't know. I don't know, Kate, I'd have to think about that. But whenever I hear about Cheer Up Charlie's, Chances comes up, and I've certainly been curious."