World AIDS Day: No One Untouched

Roger Temme on why we still observe World AIDS Day

For much of today’s younger LGBTQ generation, AIDS is a thing of the past, a scary campfire tale of days gone by, before AZT and FTC and ABC. This is one of several reasons why World AIDS Day is still commemorated. 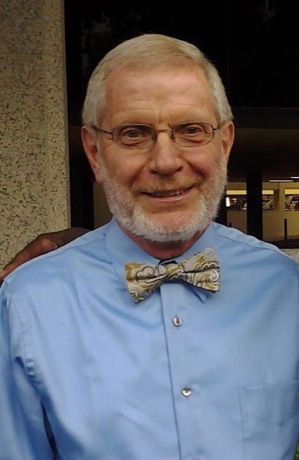 HIV is far from simply being yesterday’s problem. The disease is currently on the rise in young LGBTQ folks – particularly gay men. “Part of the problem is that many don’t know what it was like 25, 30 years ago when people got diagnosed and were pretty much told they had a few months left to live,” explains Roger Temme, Director of Volunteer Recruitment at Austin's The Care Communities. People were often "kicked out of their families or ostracized and de-friended," he says. "They often died very lonely. Young people don’t know that.”

Temme, who’s been working with The Care Communities for 15 years come March, knows first-hand the devastation caused by the AIDS epidemic. Over the years, Temme has lost nearly a dozen close friends, including a cousin, to the disease. “Most of them died – fairly young – because medications weren’t available, and they just weren’t able to live long enough to see them.” A moment from 2012 Interfaith Service

World AIDS Day is not only a way of remembering and honoring those who have passed, but also a time to “give hope,” says Temme. The 16th Annual Interfaith Service of Remembrance & Hope comes at the end of this long holiday weekend, when we’re reminded of what it means to be thankful.

The hour-long service is a collaboration of multiple AIDS service organizations, and is organized by the Care Communities. “Each organization is given two minutes to do whatever they want with it,” says Temme, including poetry, music, or offering prayer.

A former Catholic priest, Temme came to the non-profit that provides care to people living with AIDS (and cancer) – in 1999 after coming out and leaving the priesthood.

“I wasn’t sure what I was going to do with my life after I moved back here from San Antonio,” says Temme. Job hunting looked very different 15 years ago, he notes. “It was before CraigsList, and before I even knew about the Chronicle, but I saw an ad in the Statesman for an outreach coordinator and applied. David Smith, the first executive director of Care Communities, hired me.”

The organization held one interfaith service for World AIDS Day when Temme started, and he knew from the jump that he wanted to continue the event. “This job has been a real gift to my life. In my 15 years here we’ve cared for so many people. Some are still living; some have died. This service is a way of reconciling with the past.”

But the recent spike in HIV infections is a harsh reminder that this isn’t simply about the past. An email blast from the Care Communities calls for a “renewed awareness of the extent of the HIV/AIDS pandemic here in central Texas.”

Temme laments that young people know about the medications and just assume they can take the meds and be done with it. "But its not that simple.” While today’s AIDS drugs have come a long way from the first prescription cocktails, the side effects include anemia, nausea, and neuropathy, to name a few. Plus, each medication carries a hefty price tag. 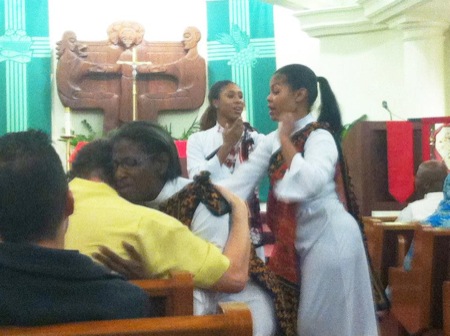 This lack of understanding seems to seems to correlate to the lack of conversation about prevention. “Clearly, people are happily having sex, but they need to start talking about it,” says Temme. “My generation had an excuse. When I was a kid, no one talked about sex, and the word ‘homosexual’ was taboo, especially growing up in a religious community like I did. Today you would think people would talk about it more.”

Fortunately, many organizations are doing a lot to get the word out, but sadly, “some folks are ignoring it,” says a frustrated Temme. “It makes you want to take somebody and shake them – say listen! I knew so many people who died too young.”

The media is a good start, he believes, as is the educational system. “Austin might be liberal, but Texas is not,” Temme says of the state's generally conservative views on sex education.

“I’m a firm believer that people can change if they allow themselves the space to know people [who are] different from them,” says Temme. It takes "patience, time, and listening. Some of us need to do more listening and some more sharing. Lets just hope that most people are more open and accepting than Liz Chaney.” 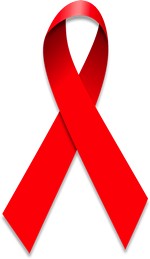 About AIDS: November 29
World AIDS Day is a call to action