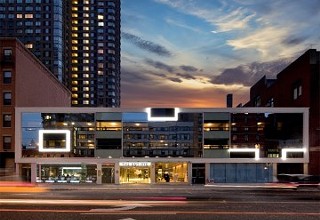 The Russians start a lavender scare, Harris County jails are suddenly much more inviting (maybe not), and Republicans hate rainbows more than people of color, as your AggreGAYtor runs out of the straight hotel screaming like a proper queen.

Bisexuals are queer too; sometimes more so.

Spending on LGBT tourism is poised to break $200 billion. Who’s sponsoring this blogger’s trip to Gay Days at Disney?

Psst, immigration reform is good for everyone, including LGBTQ folk.

In the U.S., LGBTQ latinos face double-discrimination on many issues from employment to healthcare.

It appears that Russia is going full McCarthy on the “homosexualist invasion.”

A Denver bear bar has allegedly banned trans patrons, and these protestors aren’t having it. (Anti-trans discrimination is everywhere, by the way).

Somebody keep an eye on this kid. She’s got some talent and might be going somewhere: