Department of Defense… of Marriage

LGBT military spouses made to jump through hoops for federal benefits

Although the U.S. Supreme Court ruled to take down Section 3 of the Defense of Marriage Act on June 26, same-sex couples in the armed forces defending great state of Texas are still struggling to reap the benefits. 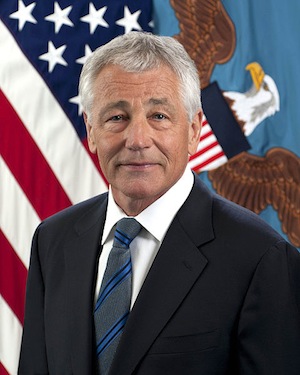 While Defense Secretary Chuck Hagel has authorized the National Guard to grant LGBTQ couples the same federal marriage benefits as their heterosexual counterparts, Texas, along with five other states, is still stubbornly refusing to comply. On Halloween, nearly two months since the new ruling went into effect, Hagel reprimanded the mulish states at the Anti-Defamation League Centennial Dinner. "Not only does this violate the states’ obligations under federal law, their actions have created hardship and inequality by forcing couples to travel long distances to federal military bases to obtain the ID cards they’re entitled to. This is wrong," he declared in his speech. But little has changed.

The argument behind Texas' heels-dug-in stance? It conflicts with the state's current ban on gay marriage – of course. The National Guard's funding comes directly from the federal government, and while President Obama can call the Guard into federal service, Gov. Rick Perry's office still insists it's a matter of state's rights. A Perry spokesman told the New York Times that the Texas Guard is a "state agency and as such is obligated to adhere to the Texas Constitution and the laws of this state, which clearly define marriage as being between one man and one woman.”

But as Perry's term is coming to an end, state Guard commander Maj. Gen. John F. Nichols has reached out to state attorney general and gubernatorial candidate Greg Abbott on whether or not there is a way for Nichols' to comply with Hagel's orders. However, Abbott's input isn't expected anytime soon. Considering his conservative stance, it seems unlikely that Abbott will land at a radically different conclusion than Perry. Hagel has demanded full compliance, but the threat seems uncomfortably empty. According to the Times article, Pentagon officials have "not said what steps they would take with states that do not fall in line."

One of the primary concerns of LGBTQ spouses within the armed forces is the military spouse identification card. This card is an all-access pass for military dependents. Veterans United says the little card offers everything from "base access, exchanges and commissaries, even medical care." And while gay couples can still register and secure the ID cards in Texas, they must travel to a federal military base to do so because Austin's Camp Mabry will not issue them.

"This is a processing issue, not a denial of benefits issue," states one of Camp Mabry's Public Affairs staff over email. "The Texas Military Forces treats all members with dignity and respect regardless of sexual orientation, and remains committed to ensuring military personnel and their families receive the benefits to which they are entitled. As such, we fully support same-sex families enrolling for benefits at any of the nearest federal installations in Texas." There are more than 20 federal bases throughout the state, though the Public Affairs staffer could not give the exact number.

The required travel is more than just an added annoyance. There's a humiliation factor at play here. Even Hagel has expressed concern that the state's refusal to follow federal law is "furthering prejudices."

Alicia Butler, who's wife is a member of Texas Army National Guard, put it best after she and her spouse were turned away from Camp Mabry and sent 70 miles north to Fort Hood in order to get Butler's ID card. “Sometimes it’s about the indignities you make people go through,” Butler said in the Times piece. “It’s a petty way to score political points.”