The fall and rise of Gaybigaygay 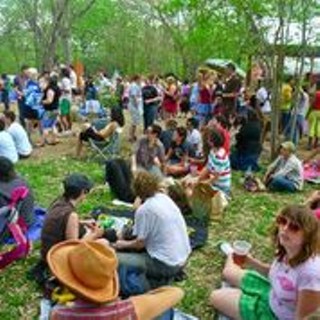 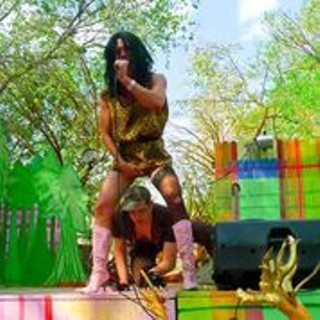 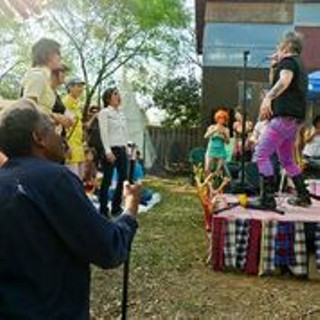 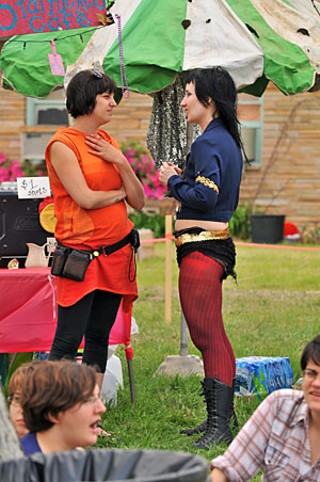 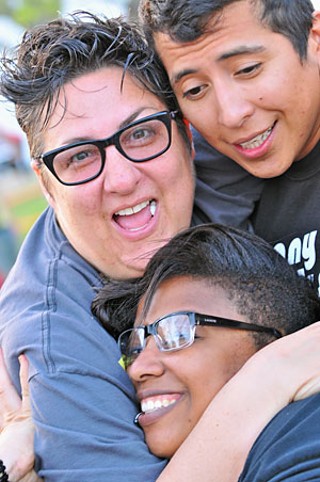 When Gaybigaygay first rolled out the carpet, it wasn't exactly red. Hazey Fairless laughs "Silky [Shoemaker] found this old carpet in a dilapidated shed. It was so gross. We had rented a PA from Rock N Roll Rentals that was the size of a carry-on suitcase. I thought 'what did we get ourselves into.'"

Fairless remembers "Silky and I had just started living together. Shoemaker chimes in " then Adrienne Sneed [leader of legendary Austin band The Tuna Helpers] asked us 'why don't you have a gay party.' So we started calling and emailing people we knew. It was very informal." Fairless recalls that in one of the first years, the fest was interrupted by a "huge thunderstorm that dumped a torrential downpour. It was amazing fun even with an impromptu disaster."

Fairless continues "But even though that seems like a mess, next year we wanted to start it again. Rachael Shannon made a beautiful stage out of old pallets. Our neighbor Ken was a huge Lesbians on Ecstasy fan, so he said if [they come] back, you can use my yard. Things started to get smoother." Shoemaker jumps in "it seemed like it almost just happened by itself."

Now in its eighth year, Gaybigaygay has become significantly bigger. The last couple of years that the pair hosted the event at the back of their house, space became strained. Indeed Shoemaker describes the last backyard years as very cramped. "By the fourth or fifth year, it got very crowded. One of those years I was up by the stage and I was trying to get back to the house. It literally took 30 minutes." Fairless adds "I don't think the grass ever grew back."

The next year, the festival was moved to a large field on Rogge Lane. What started mostly as a showcase for local acts had become an internationally recognized showcase for queer artists. In recent years, GBGG has played host to Yo Majesty, Diamond Rings, Big Freedia, and Erase Errata. The festival was even given its own imprint from the Monofunus Press. And Buzz about the lineup has begin to start months before the event.

But both Shoemaker and Fairless worried that GBGG was getting too big for its britches. "Last year it felt like it was beyond control," Fairless says "especially since I moved to Philadelphia." Shoemaker agrees "we were worried that it had changed with all the obligations and it becoming more official. We didn't want to lose that sense of being amongst friends having a picnic free-for-all."

The pair was ready to make a difficult decision. "We got up on stage to say we couldn't do it anymore," Fairless recalls, "but within minutes we saw an empty beer box being passed around. When it made it to the stage, that box had $1000. I thought it was incredible. I told Silky that I don't know if money can be the reason."

"From the beginning" Shoemaker says "our radical, queer, and feminist politics are completely entangled in GBGG. It's part and parcel of what we do. It wouldn't be GBGG if it wasn't a non-capitalist celebration of who we are and what we make. I feel like on a primal level we gravitate to where the magic is. We try really hard to make it feel that way.We always kept it free. We don't want it to feel like a gay marketplace."

Hazey adds " and it is free for all ages. It used to be all pets allowed but that got a little crazy."

Ultimately, the magic of Gaybigaygay won out. Even with so much national attention, the event still feels like it takes place in a back yard - albeit a huge one. Each year bands are still emailed. People still picnic on blankets (Although Fairless teases that with this year's line-up "people won't want to sit down so much.") And they still rely on the help of friends to put on the show.

Shoemaker seems hopeful about the future. "There's a power in queer people coming together. I feel like on the primal level we gravitate towards where the magic is. There are not a lot of queer traditions. One day I hope to be a Gaybigaygay elder."