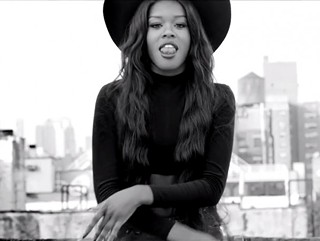 • Faced with poll after poll that prove support for marriage equality is growing, maybe the religious right should try out a new tactic. Gay nuptials mean 10% more presents to wrap, 10% more registrations to slowly scroll through, 10% more tiny bags to fill at 3am before the ceremony. Frankly, I'm exhausted.

• And in Chicago, it's going to be even worse. Almost everyone in Illinois wants gay marriage. And then you have to walk the magnificent mile in three layers of socks just because someone wants the same dog collar that Wanda Sykes has.

• Tom Pritchard of the Minnesota Family Council thinks he has it figured out by talking up a law that would allow some benefits to couples who cannot get married. But I'm still going to have to buy that damn dog collar. Nice try, Tom.

• Moving on. Activists have started a petition protesting the Los Angels Times' rampant mis-gendering in a recent article about transgender sex workers.

• If only those erudite Angelenos could have consulted a book that would have helped guide their style, this kerfuffle could have been avoided. If only.

• California State Senator Ricardo Lara has sponsored a new law that would remove state tax exemption for any youth group that discriminates based on sexual or gender identity.

• The Family Research Council has started a new campaign to "pressure the Supreme Court" against marriage equality. Though few details were shared, the FRC did admit that this would mostly involve Tony Perkins repeatedly serenading Ruth Bader Ginsburg with Color Me Badd's urgent classic "I Want to Sex You Up."

• The Montana Senate finally get around to striking out an obsolete law that makes homosex illegal. Unfortunately for beloved child star Lamb Chop, there was no move to strike the law requiring truck-driving sheep to be chaperoned. There is no escape from Shari Lewis.

• Devil-may-care pumpkin David Smith of the Illinois Family Institute thinks that gay parents should be "cast into the sea." Presumably so they can gorge on shellfish on one of Rosie O'Donnell's uh-ma-zing cruises. Such a good boy, that David.

• Although the recent viral video of subway riders cheering along as a gay man confronts a virulent street preacher offers some hope, Monday's attack on 23 year-old Urena Morel Frankelly is a sobering reminder that violence is still a day-to-day reality for LGBTQ Americans.

• London Pride may be cancelled due to lack of funds. It would seem that Elton John could just sell one of his many, many pairs of sunglasses, but that would probably take away the joy of enduring.

• Papal hopeful Peter Turkson contends that molestation is unlikely to happen in the African church because of their condemnation of homosexuality. Since Turkey provided the joke, I'll just link to a gif of RuPaul giving side eye.

• A Turkish court has ruled that gay sex is natural. Not necessarily when the AggreGAYtor does it, but other people seem to be more graceful.

• But I'm sure there are legions of Beliebers ready to back her up.

• In perhaps a sign of progress, yesterday morning's story of music legend Clive Davis coming out as bisexual has already been eclipsed by yesterday evening's story of Kelly Clarkson calling him a big liar.

• Texas state Senator John Carona decides that maybe he isn't so cool with gay folks after all.

• Just in case the perpetrators of a particularly stinky Houston hate crime aren't aware, I'll share a time-honored truism.: It is never a good idea to fuck with dykes on bikes.

• Noted film scholar Beth Schindler is looking for stories of queer childhood to introduce Free and Queer Cinema's screening of Welcome to the Dollhouse. It's gonna be awkward, y'all.