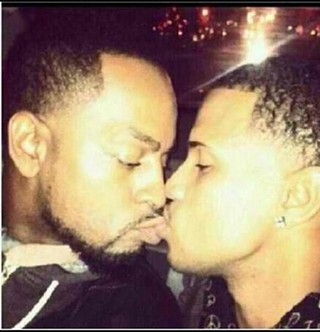 • A man in Baltimore has been brutally attacked in an alleged hate crime.

• Biogen Idec, which is obviously an evil conglomerate trying to frame a murder on Arnold Schwarzenegger, will be reimbursing partnered gay employees to make up for the straight federal tax privilege.

• Northeast chain Legal Sea Food, which oddly only serves falafel, are raising eyebrows for their series of homophobic-y ads.

• A petition to tie all the Westboro Baptist Church members’ shoelaces together until the stumble upon themselves comically is nearing 250,000 signatures.

• Sludgy tributary Sandy Rios has exposed our gay plot to pass equality legislation while all the good, Christian lawmakers are lulled by visions of sugar plum.

• Kevin Swanson and Dave Buehner of Generations Radio are somewhat dubious of pastard Rick Warren’s claim that he has many, many gay friends. Why, that’s like having cannibal friends, or Dracula friends, or friends on the radio. Ha! Imagine!

• Mexico has lifted the ban on bisexual and gay male blood donors.

• Moldova, the site of an infamous coup that left many employees of Denver-Carrington injured, is voting on a measure to prevent anti-gay discrimination.

• The BBC has been inundated with complaints about the film adaptation of Terrence McNally’s Corpus Christi, which doesn’t exist. Also drawing complaints is a Buzby Berkeley-esque treatment of the Human Centipede franchise. The British are a particularly imaginative people.

• Seriously, on Boxing Day the BBC aired a one-off talent competition called “That Dog Can Dance.”

• Kuwait continues to crack down on non-gender normative citizens.

• The British government may use the “nuclear option” to pass marriage equality legislation if rejected by the House of Lords. While I appreciate their zeal, employing warheads seems a little messy. Frankly, I’m a little shocked that their law would allow them to take such drastic measures.

• Busybodies contend that Simon Cowell is looking to boot Britney Spears from the “X Factor.” The rumors seem to be substantiated by him carrying a Britney voodoo doll on all national appearances.

• Ryan Murphy, creator of the “It’s a Small World of Racial Stereotypes” ride at Disneyworld, has welcomed a new son.

• Trey Songz is brushing his shoulders off about a twitpic that supposedly shows him macking down with a man.