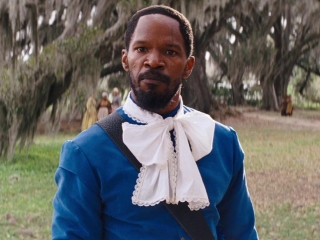 • The 9th U.S. Circuit Court of Appeals puts the kibosh on California’s conversion therapy ban because forcing scared teenagers to candy coat themselves in a brittle heterosexual shell is apparently some form of speech.

• In a bit of holiday largesse, Time Warner Cable has donated a learning lab to the Superstorm Sandy devastated Ali Forney Center for homeless LGBT youth.

• The Boy Scouts refuse to accept that San Diego is just not that into them.

• Stacie Laughton, New Hampshire’s first transgender legislator, is planning to announce her candidacy in the special election for the seat she vacated due to revelations of criminal past.

• Newt Gingrich, a can of ranch style beans bloated with botulism, opines on the inevitability of marriage equality.

• This was apparently greeted by NOMinatrix Frank Schubert with some chagrin.

• In his zeal to become the next Secretary of Defense, Chuck Hagel will say anything to appeal to Obama’s liberal(ish) base. I think it’s time we made him recite Will Smith lyrics while wearing Mila Jovovich’s bandage body suit from the Fifth Element.

• No Virginia. There is not a Santa Claus.

• A Canadian teacher has been suspended for a showing his class a video featuring drag(ish) queens, Bette Midler lip-synching and a particularly insouciant banana.

• According to activists, the US Pentecostal Church is complicit in the rise of anti-LGBT hatred in Africa.

• David Kuria, Kenya’s first out political candidate, ends his campaign over threats of violence – is still a bigger badass than any one of us.

• Seeing Mickey Rourkeat a gay bar is sorta like when you accidentally sip a watered down cola thinking it’s your iced tea and your entire day is thrown off kilter.

• Comedian Katt Williams accuses Jamie Foxx of being as gay as Django Unchained is long.

• The Texas Supreme Court will decide if the Fort Worth Episcopal diocese gets to keep its property after its break with the national church over LGBT ordination.